Port Macquarie, Coffs Harbour And Mid North Coast: An Attractive Place To Live, Work And Buy Acreage For Sale and Businesses For Sale

Home to an array of vibrant, modern and eclectic townships that offer beautiful coastlines, friendly rural communities, and diverse business opportunities, the Mid North Coast - comprising the local government areas of Coffs Harbour, Bellingen, Nambucca, Kempsey, Port Macquarie-Hastings and Greater Taree - is an attractive place to not only visit but live, work and buy property for sale and businesses for sale. 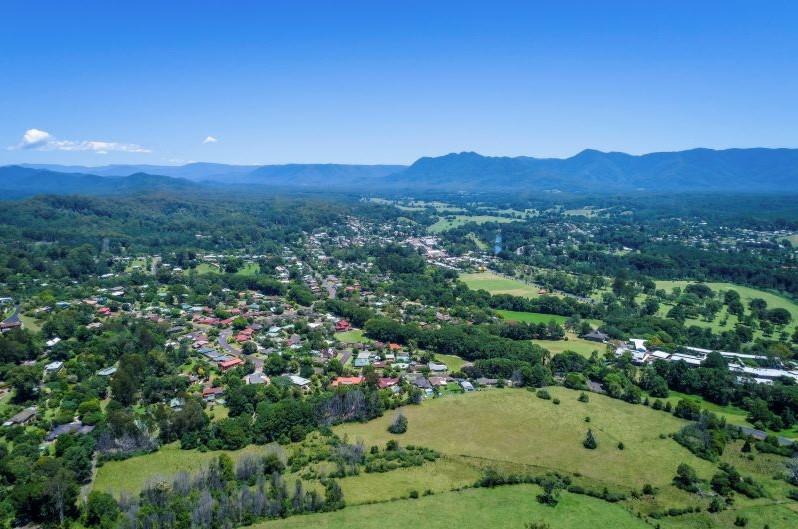 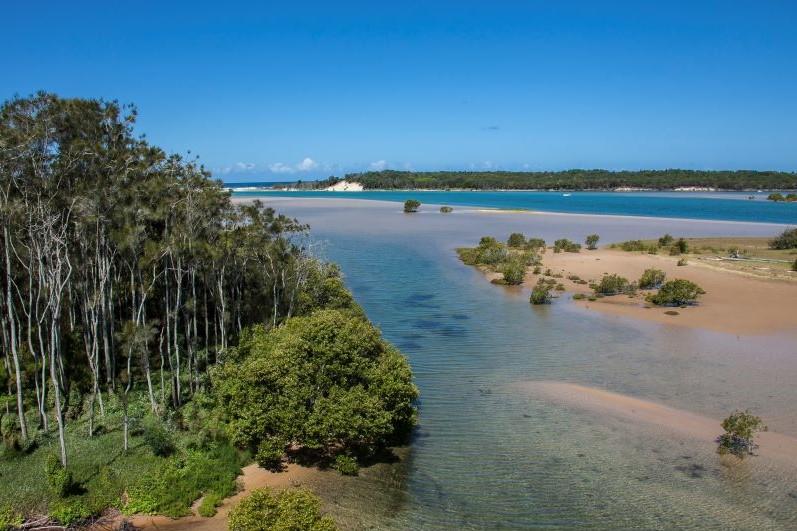 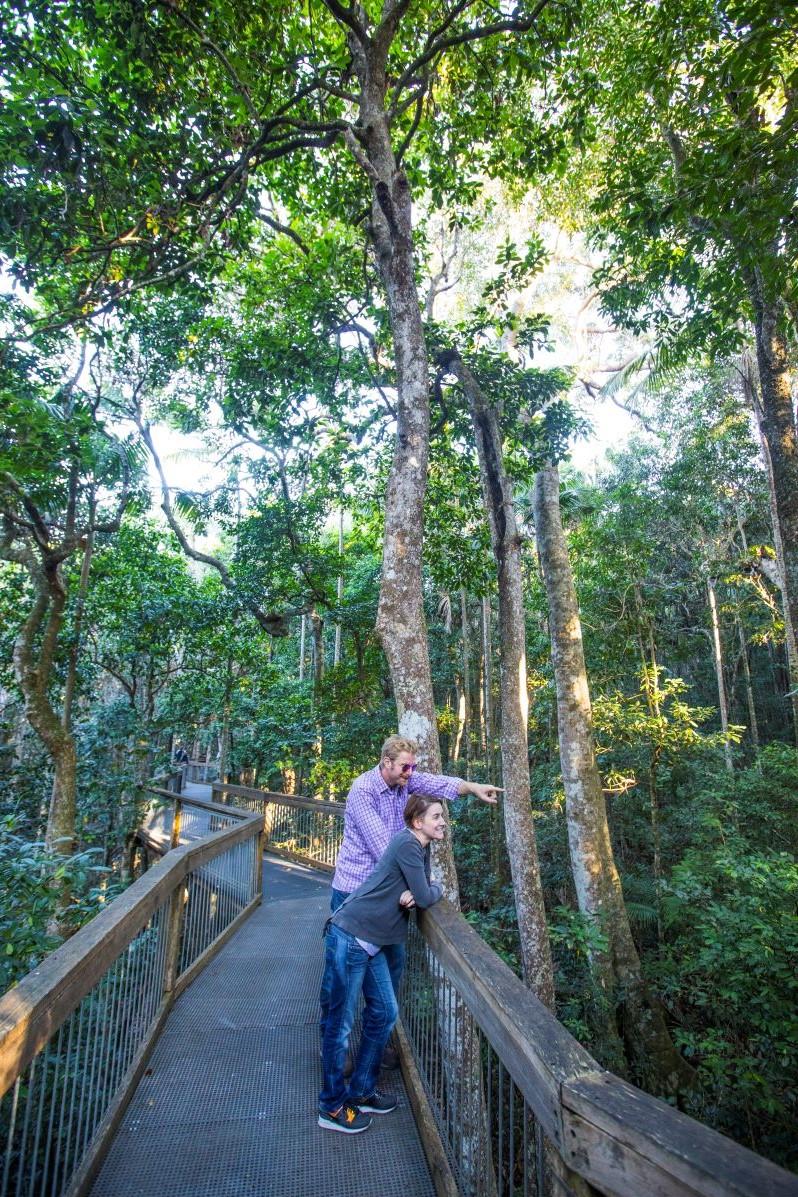 It’s not surprising, therefore, that the region of 17,218 square kilometres stretching west from the Great Dividing Range to the east coast - with a landscape typified by winding rivers that feed lush hinterland, and more than one hundred kilometres of pristine beaches - has experienced strong growth over the past few years. 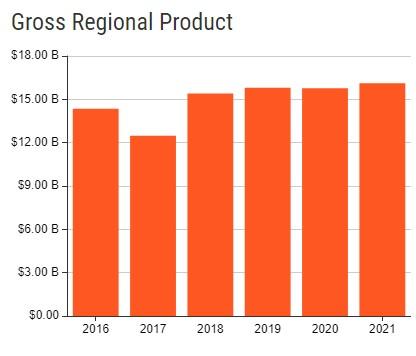 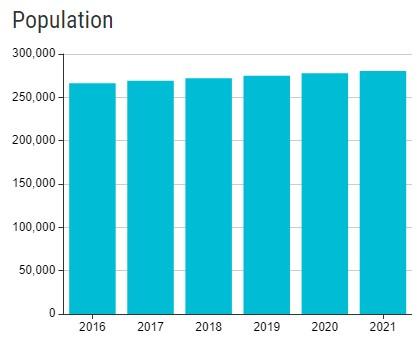 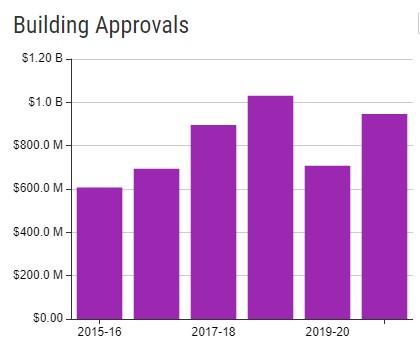 Tourism, especially accommodation and food services, is also a significant employer, supporting an estimated 4,747 jobs – or five per cent of total employment.

The vast majority of tourism jobs are centred on the popular tourist towns of Coffs Harbour (35.7 per cent), Port Macquarie-Hastings (31.6 per cent), as well as popular inland towns of Greater Taree (13.3 per cent), Kempsey (9.1 per cent), Nambucca Valley (5.8 per cent) and Bellingen (4.3 per cent).

Attracted by the region’s unique attributes, strong migration has dramatically driven up property prices over the past two years, with median house values as of January 2022 up 30.7 per cent on January 2021 to $717,113, according to CoreLogic’s quarterly Regional Market Update.

Above: Median house values in the Mid North Coast were up 30.7 per cent year-on-year in January 2022

The Mid North Coast’s lush inland areas also experienced strong growth, with the median price of farmland registering a cumulative average growth rate (CAGR) of 8.2 per cent to $6,094/ha in the five years to end of 2021, according to Rural Bank’s latest Australian Farmland Values Report.

Above: Almost 12 per cent of sales in the Mid North Coast were in the $1-2 million price bracket

Comprising an area of 17,218 square kilometres, halfway between Sydney and Brisbane and stretching from the Great Dividing Range in the west to the east coast, the Mid North Coast’s landscape is typified by winding rivers that feed lush hinterland, and over one hundred kilometres of pristine beaches. It benefits from a high rainfall and is considered by many to have the most ideal climate in Australia. 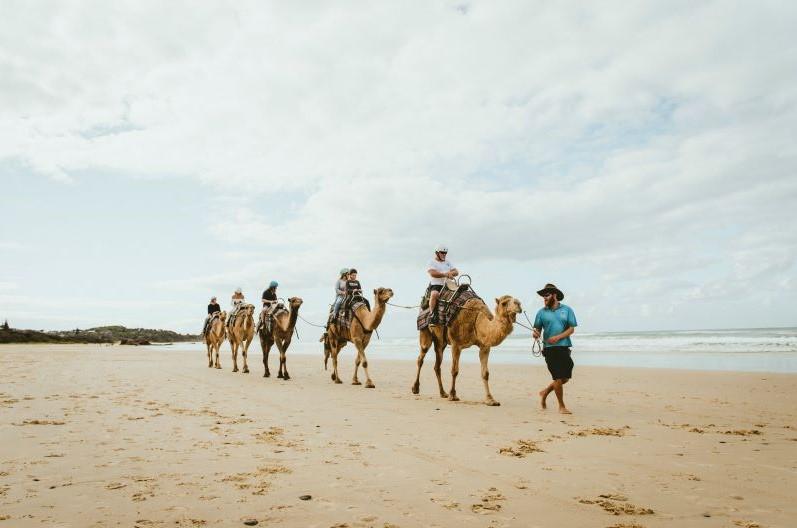 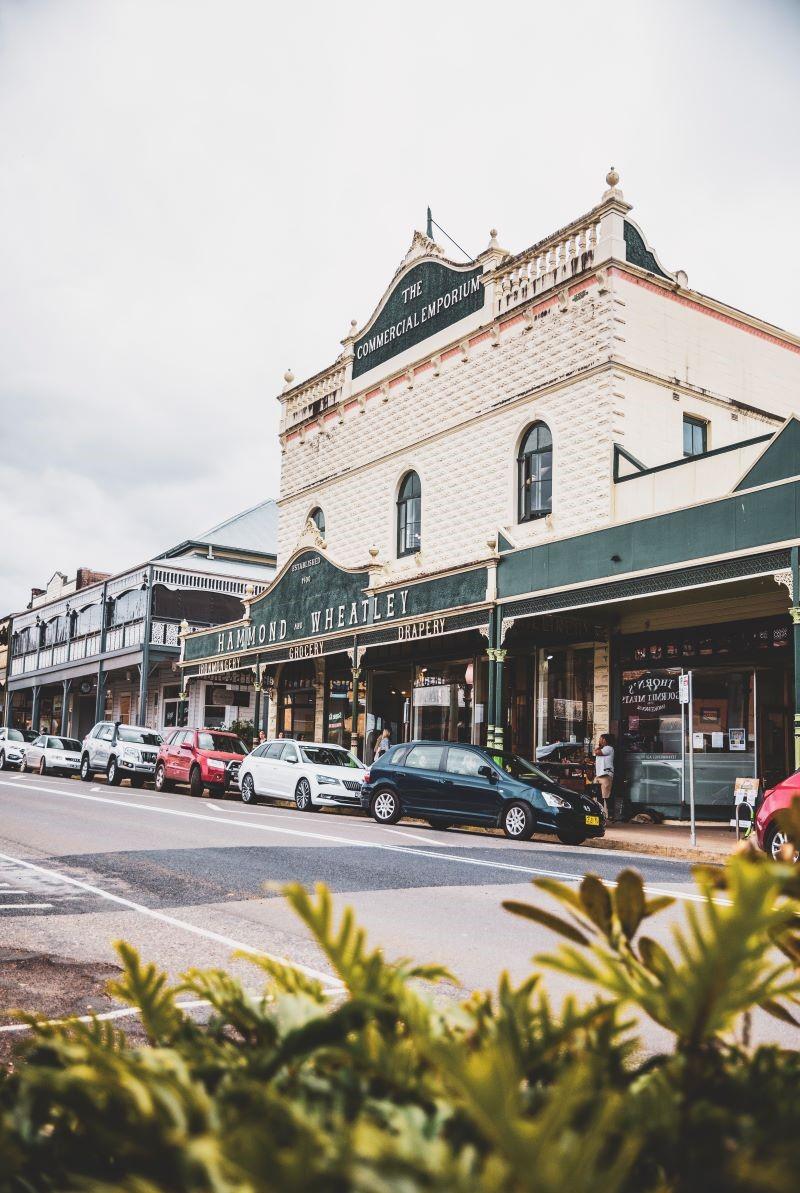 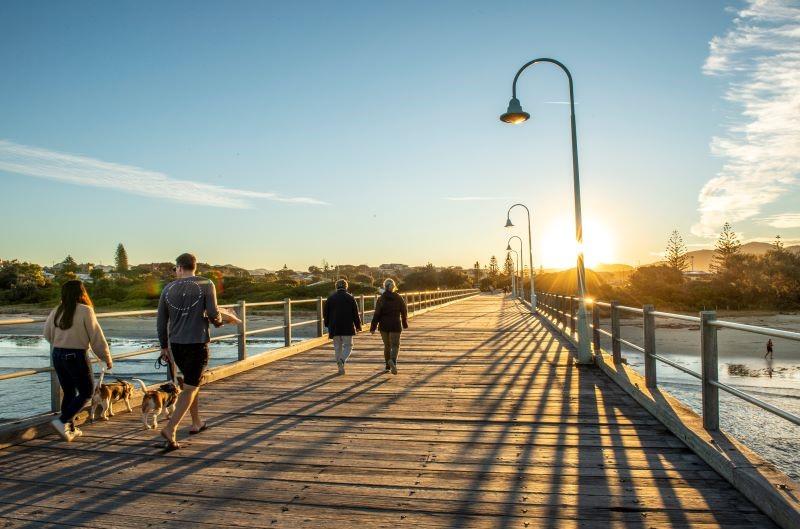 The region is also easily accessible by both air and road. The largest centres of Coffs Harbour and Port Macquarie both have significant airports and are less than an hour’s flight to Sydney or Brisbane. The dual-lane upgrade of the Pacific Highway also puts the region within a four-hour drive of the major centres of Sydney, Newcastle, the Gold Coast and Brisbane.

The Mid North Coast is home to an array of vibrant, modern and sometimes eclectic townships that attract 5.6 million visitors each year.

From ancient rainforest and a pristine marine park, to the Big Banana Fun Park and gorgeous beaches, Coffs Coast is a wonderland of attractions. Head out and enjoy fun adventures such as kayaking, surfing and mountain biking, or go bushwalking and discover spectacular lookouts.

The town of Coffs Harbour is at the edge of the Solitary Islands Marine Park, a haven for dolphins, turtles, tropical fish and migrating whales. The Solitary Islands coastal walk has spectacular vantage points for whale watching between May and November, with headlands offering superb views. 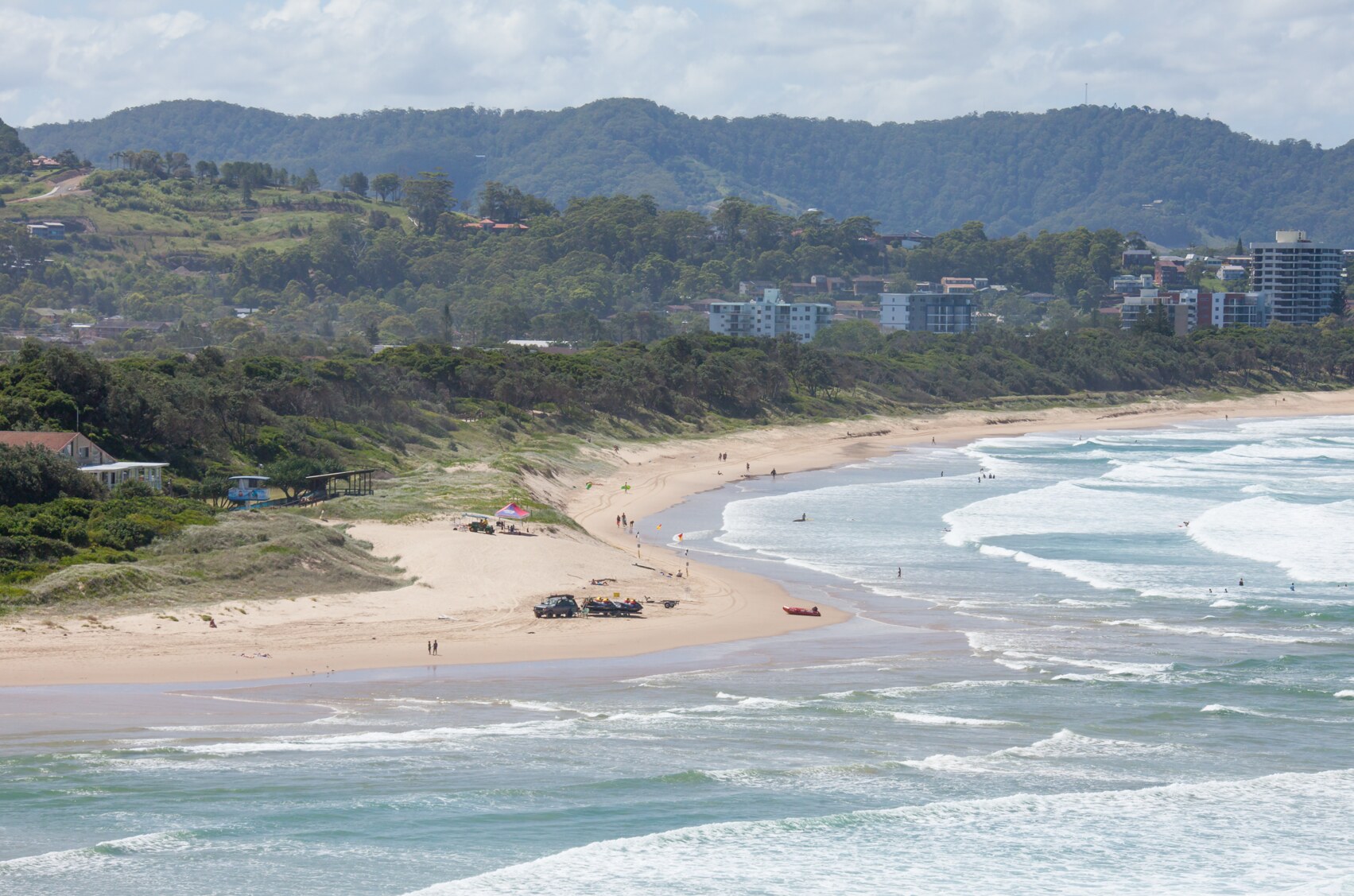 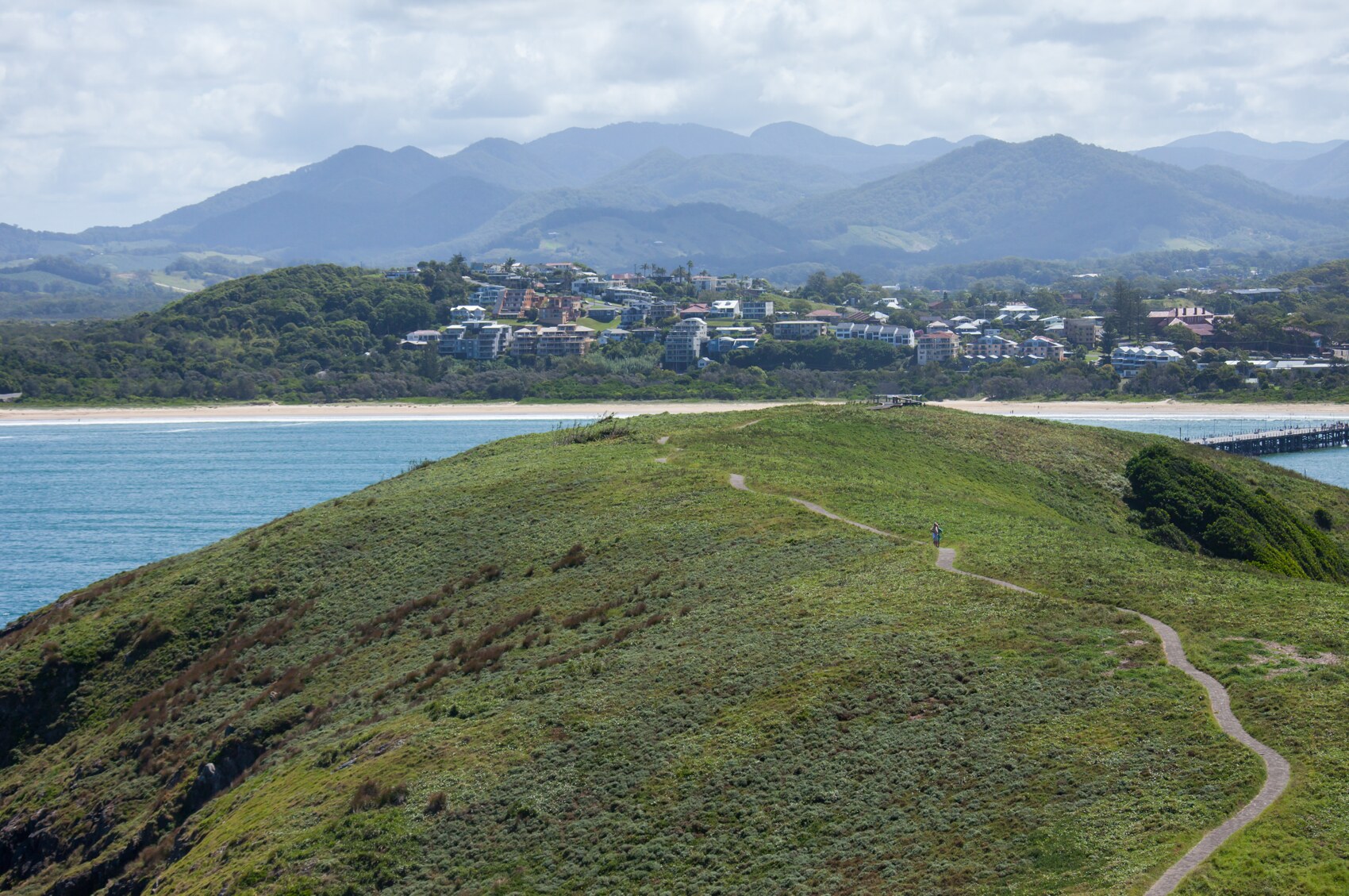 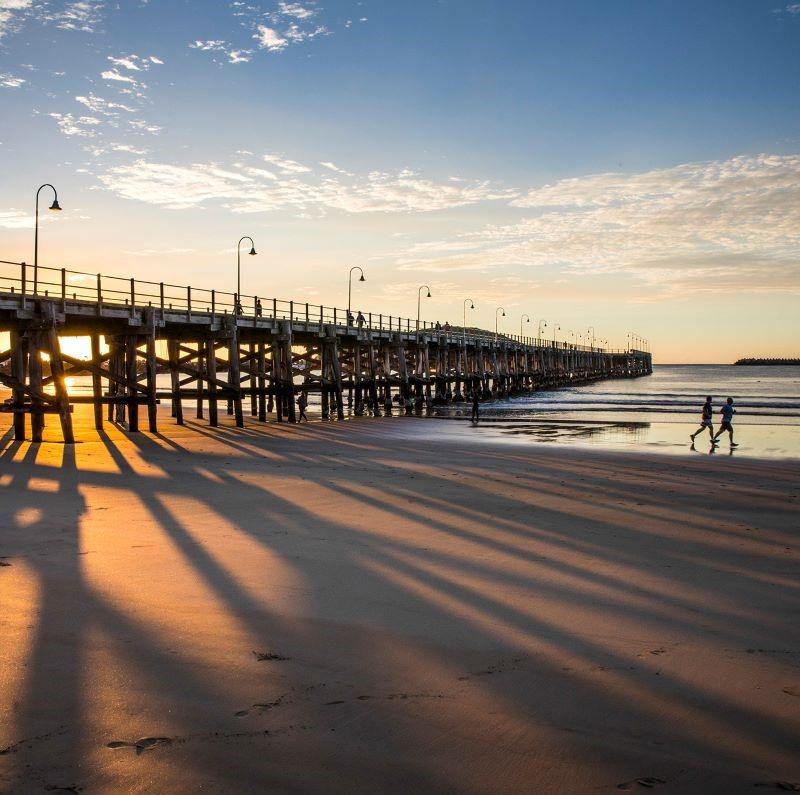 Near the city’s heritage-listed jetty, a marina breakwater bridges the nature reserve of Muttonbird Island with magnificent views of the Solitary Islands.  Boating, fishing and diving tours depart from the Jetty Marina Area. Relax on Jetty Beach or stroll along the strip and explore the restaurants and cafes.

A short drive north from Coffs Harbour is Sealy Lookout, offering stunning coastal views as well as rainforest walking trails and picnic areas. Magnificent national parks and nature reserves fan out across the region. Kayaking tours are available, including a guided tour into the indigenous cultural heritage.

In hinterland Bellingen, on the Waterfall Way scenic driving route, are heritage streetscapes and a number of festivals, including the Bellingen Fine Music Festival. 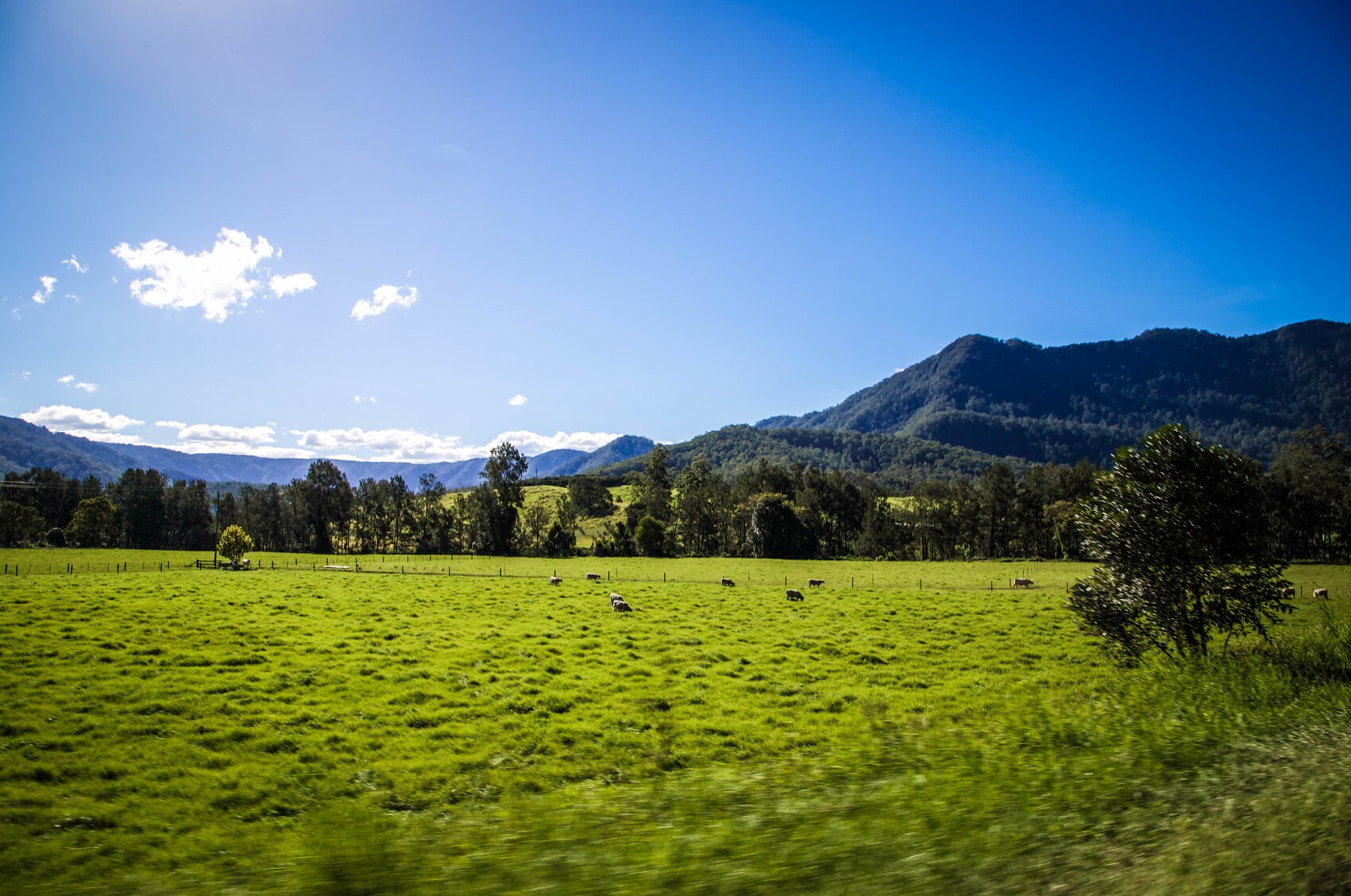 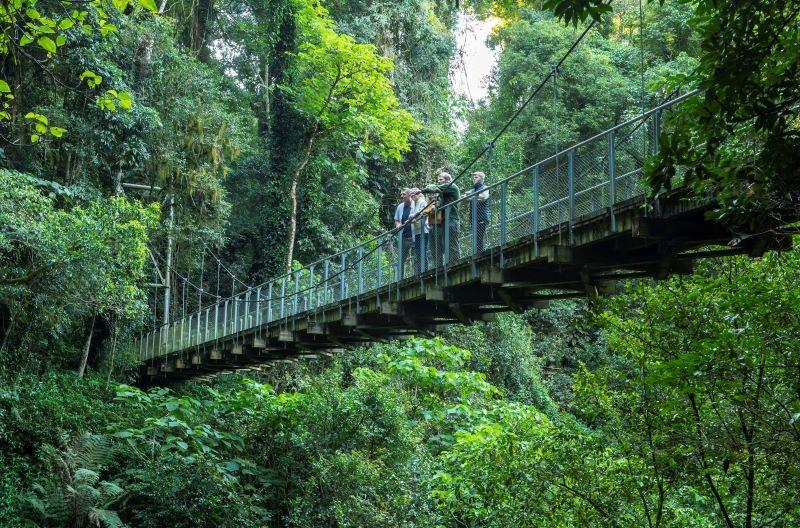 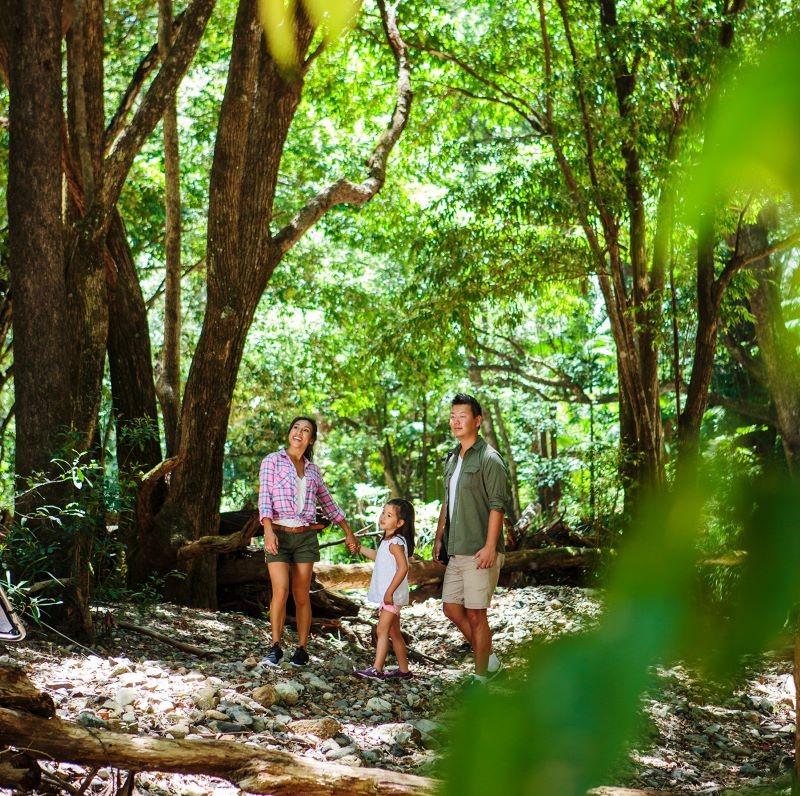 Above (top): The majestic rolling hills of Dorrigo;  Above (below left) Dorrigo National Park and (below right) Bellingen. Credit: Destination NSW

A short drive away is Dorrigo and the Dorrigo National Park, which is part of the UNESCO World Heritage-listed Gondwana Rainforests.

Curryfest is one of the hottest food events that attracts thousands of visitors to Woolgoolga, a seaside town just north of Coffs Harbour. Check out the regional events calendar for bustling markets, festivals and exhibitions in surrounding villages like Macksville, Nambucca Heads, Sawtell and Urunga.

Traditionally regarded as a convenient stopover between Sydney and Brisbane, the Port Macquarie region is now a stunning destination in its own right, luring retirees, families, couples and those looking for a nature-based holiday with serious gourmet credibility.

Blessed with sparkling beaches lined with pockets of rainforest, the area is also a significant habitat for koalas, with the world-famous Koala Hospital caring for the lovable endangered creatures. 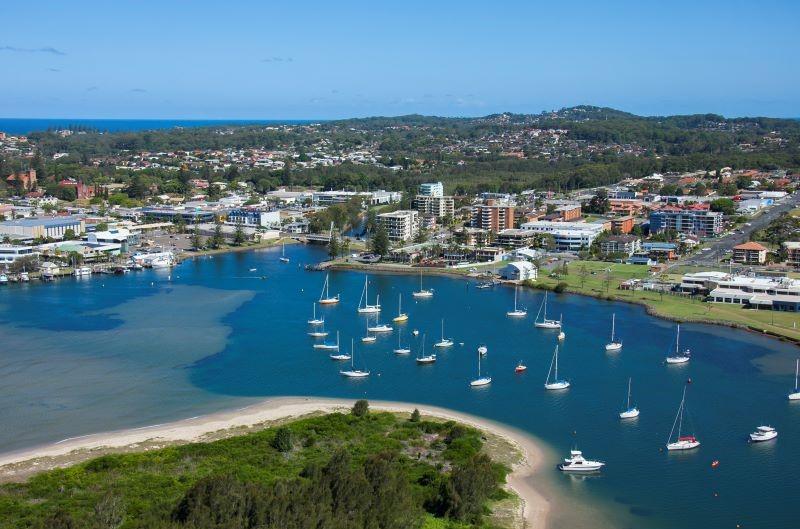 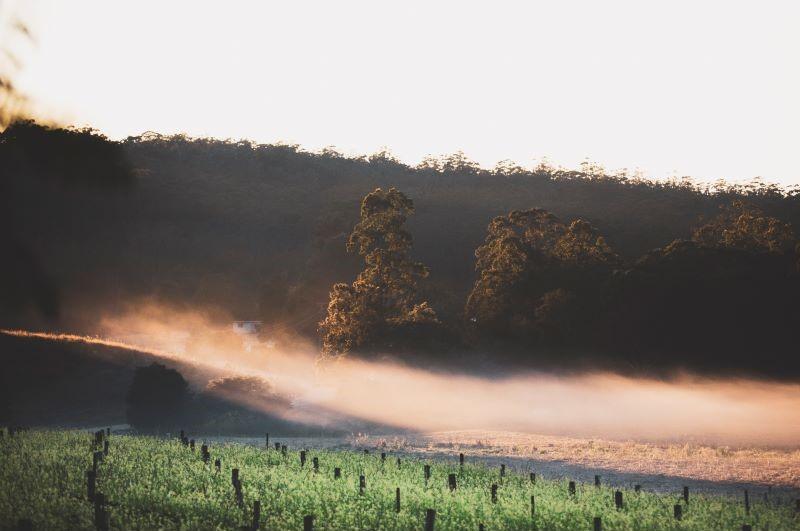 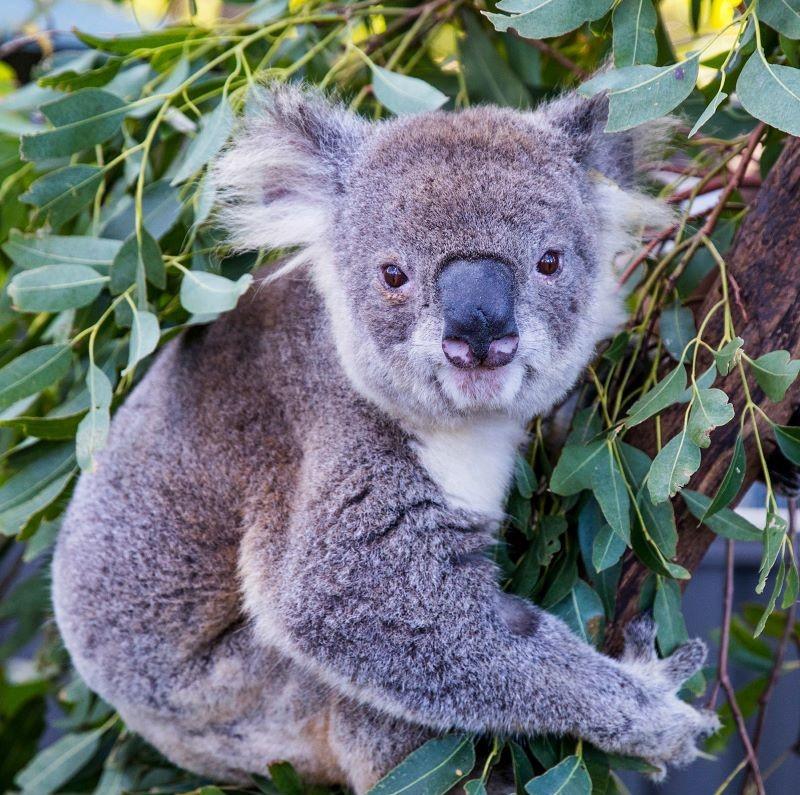 Above (top): Port Macquarie; Above (below  left) Bago Maze and Winery in Wauchope and (below right) the world-famous Koala Hospital. Credit: Destination NSW

Port Macquarie is the largest town in the region and bursting with restaurants, beaches, fun attractions and accommodation.

To the south, the villages of North Haven, Laurieton and Kendall sit along the banks of the Camden Haven River.

A getaway in the Port Macquarie area means getting outside and enjoying the bounty of nature. From spotting dolphins from the painted breakwall on the Port Macquarie Coastal Walk, to whale watching cruises or strolling the boardwalk of the Sea Acres Rainforest Centre, the unspoiled beauty of the region will dazzle. 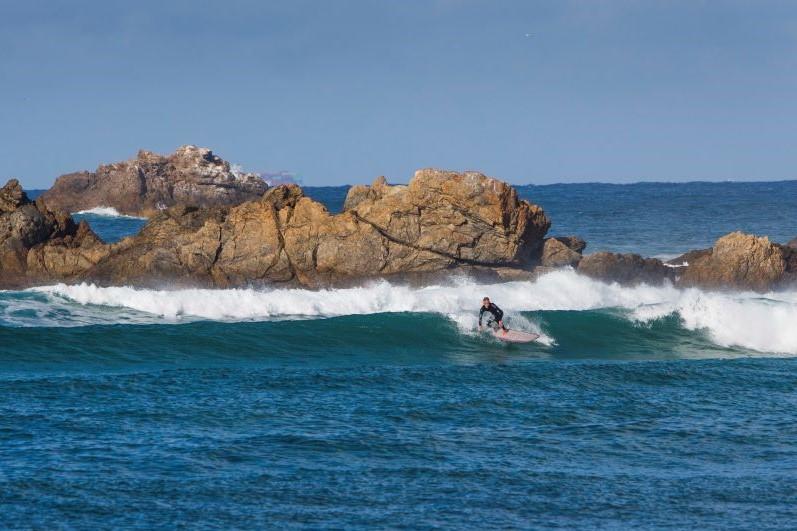 Families are well-catered for in the region: meet native furry friends at Billabong Zoo, or head to Ricardoes to pick your own strawberries.

The Port Macquarie region is also one of the best spots in NSW to take to the water: try a surfing lesson, snorkel in a protected bay, and hire a stand-up paddle board, kayak or boat.

With a reputation for fresh, local produce, the Port Macquarie region is increasingly a lure for food and wine lovers. The town of Port Macquarie is jam-packed with cool cafes, restaurants and bars, from the cute tiki-style Little Shack cafe to the chef’s hatted The Stunned Mullet; while you can purchase fresh oysters directly from growers in Laurieton and North Haven. 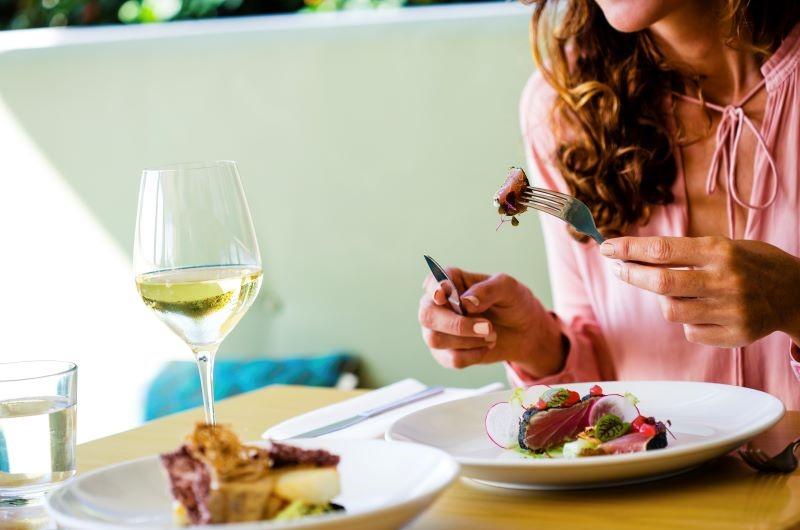 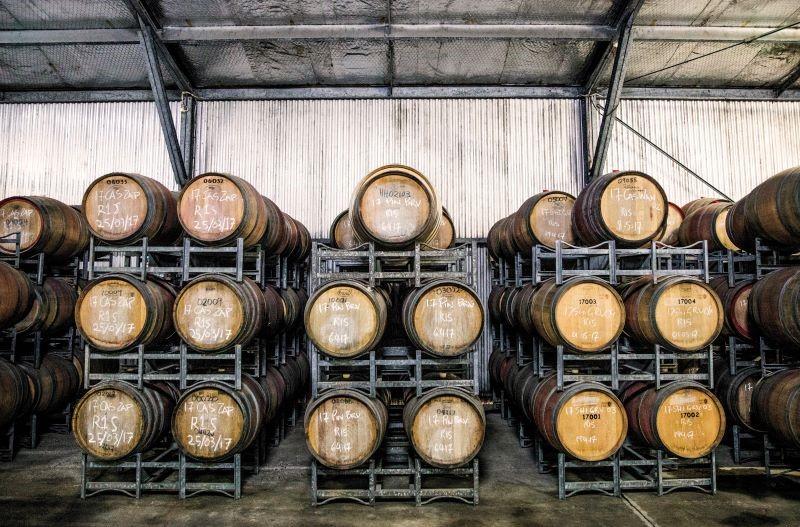 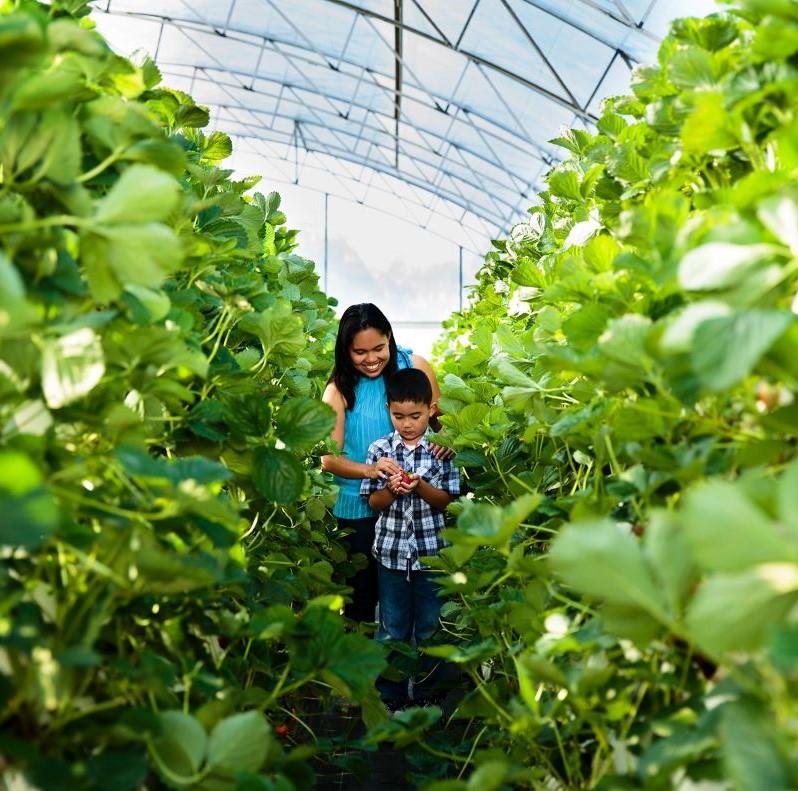 Above (top): The chef’s hatted The Stunned Mullet; Above (below left) Cassegrain Wines and (below right) Ricardoes. Credit: Destination NSW

There are also several vineyards where you can taste at the cellar door or relax in on-site restaurants, including Cassegrain Wines and its highly-regarded Twotriplefour restaurant.

The Port Macquarie region is on the NSW Mid North Coast, four hours’ drive north of Sydney and six hours’ south of Brisbane.

Trains stop daily at Kendall and Wauchope, and the journey from Sydney takes around seven hours. You can also fly into Port Macquarie Airport and hire a car to explore the region.