Live By the Water in the Central Coast, New South Wales

Central Coast New South Wales is a dreamland of convenient coastal living, neatly sandwiched between Sydney and Newcastle. Positively glowing with calm lakes, winding streams, and picture perfect golden beaches, this shire has every bit of the natural beauty and diversity as any of Australia’s great coastal regions. What is most impressive is the extent to which the aesthetics and natural value of the environments here have been maintained while the Central Coast has skyrocketed into being the 9th largest urban area in Australia. Over the last 50 years the vast network of towns that made up this region have been linked together and gradually developed into a thoroughly accommodating and modern city. There’s no real centre to this sprawl, as the interlocking waters of the Central Coast have forced development in the region to adapt creatively and work within the spaces available. The result is a coastal city of truly unique dimensions that invite you to explore, and now is the perfect time to find your own slice of peace in this grand complex of lakeside and beachside suburbs.

The Shire of Central Coast New South Wales has grown in its jurisdiction over the years, and today it covers the region extending from the Hawkesbury River up to the southern banks of Lake Macquarie. The suburbs and townships here are almost entirely waterfront, with the majority being located either on the Pacific Ocean, or spread up against one of the region’s large inland bodies of water; most notably Brisbane Water and Tuggerah Lake. 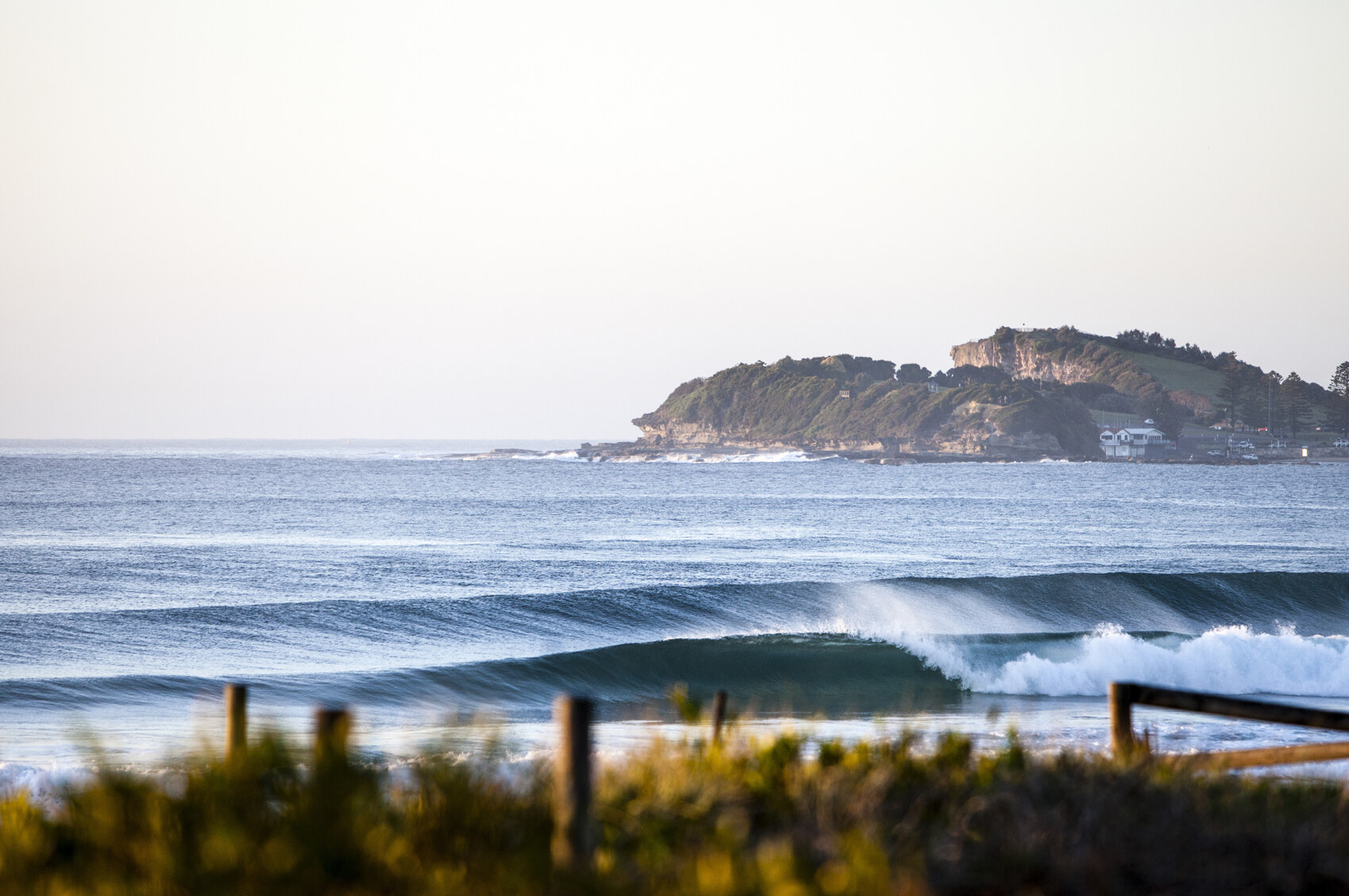 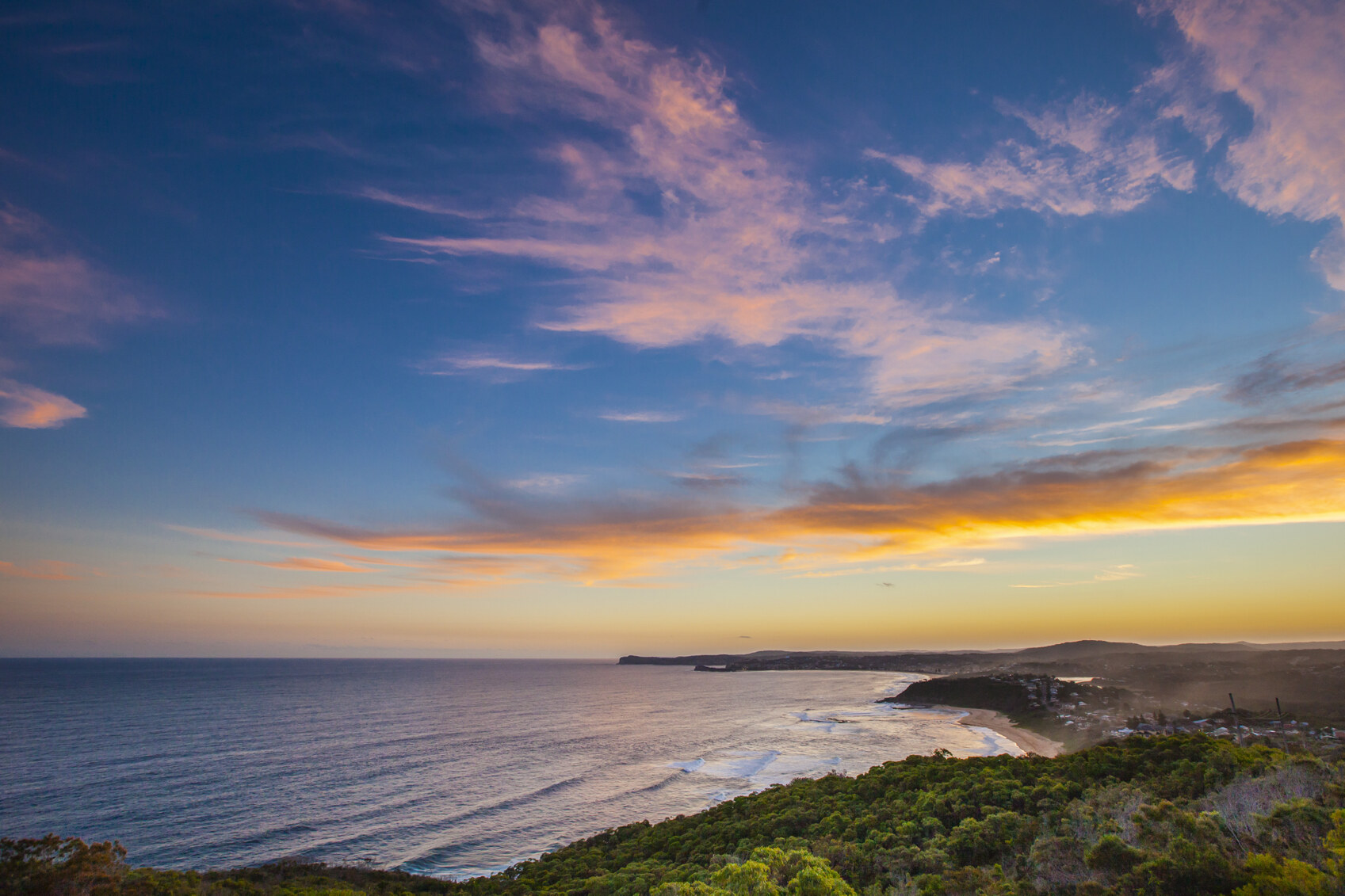 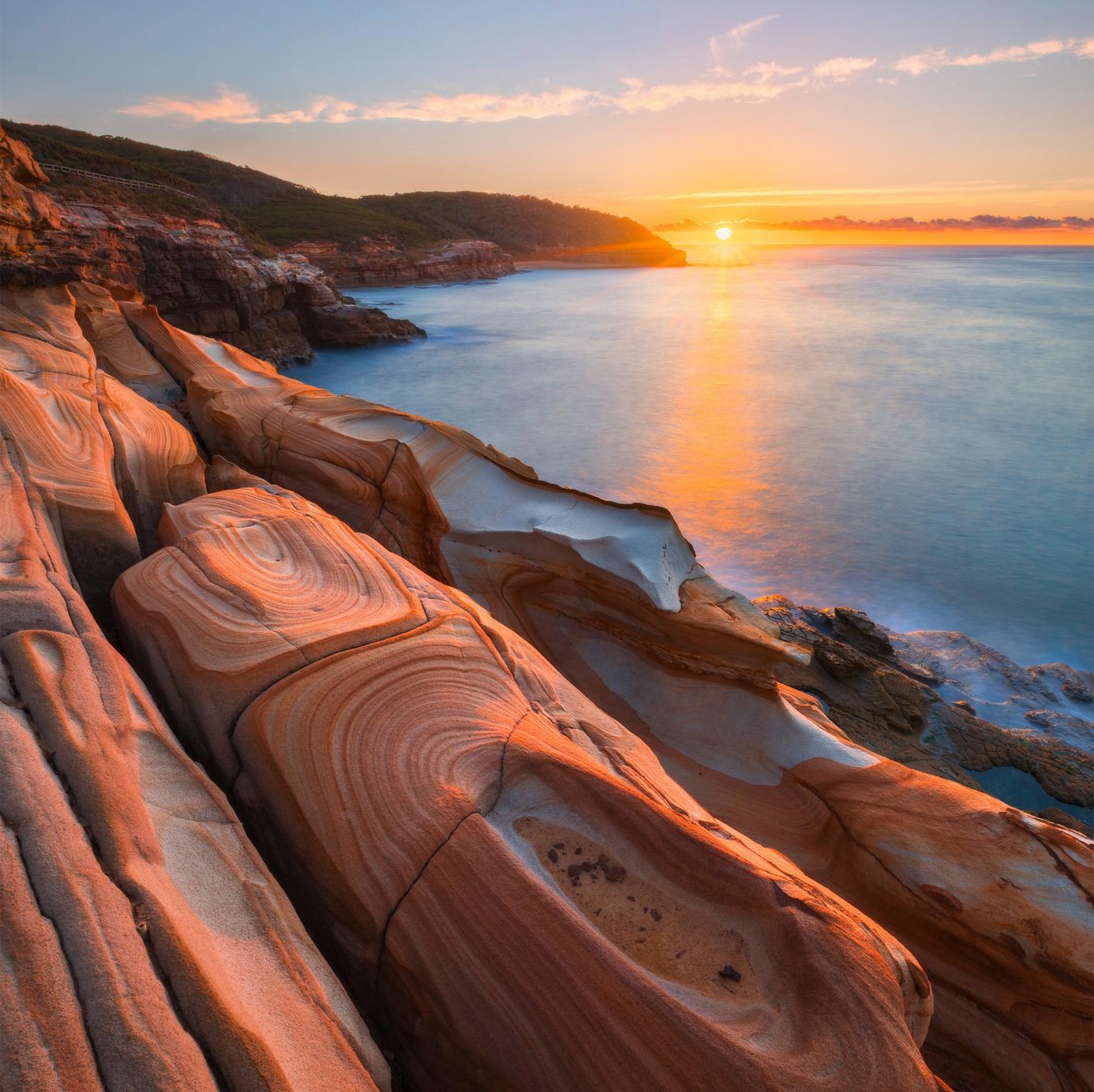 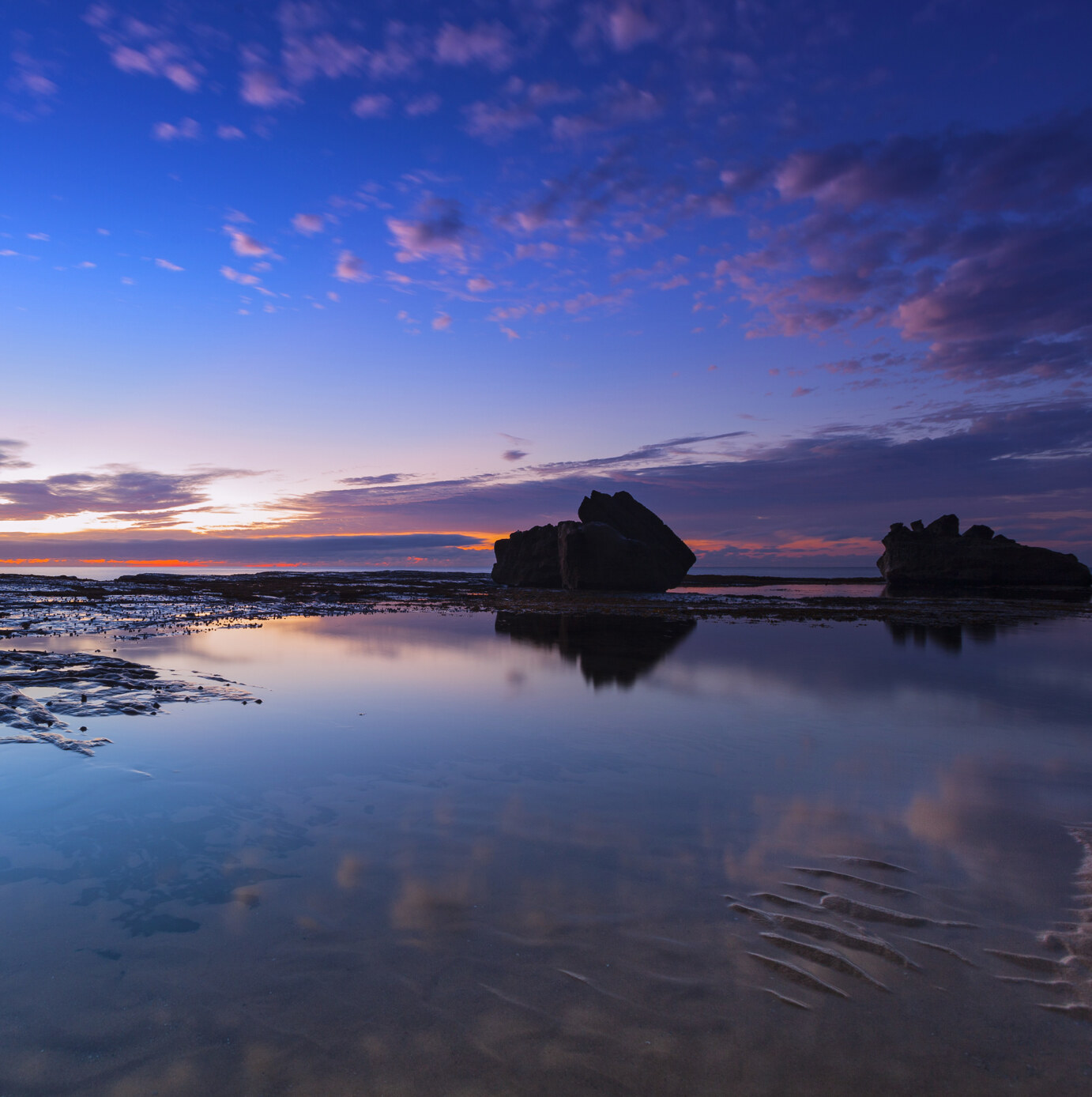 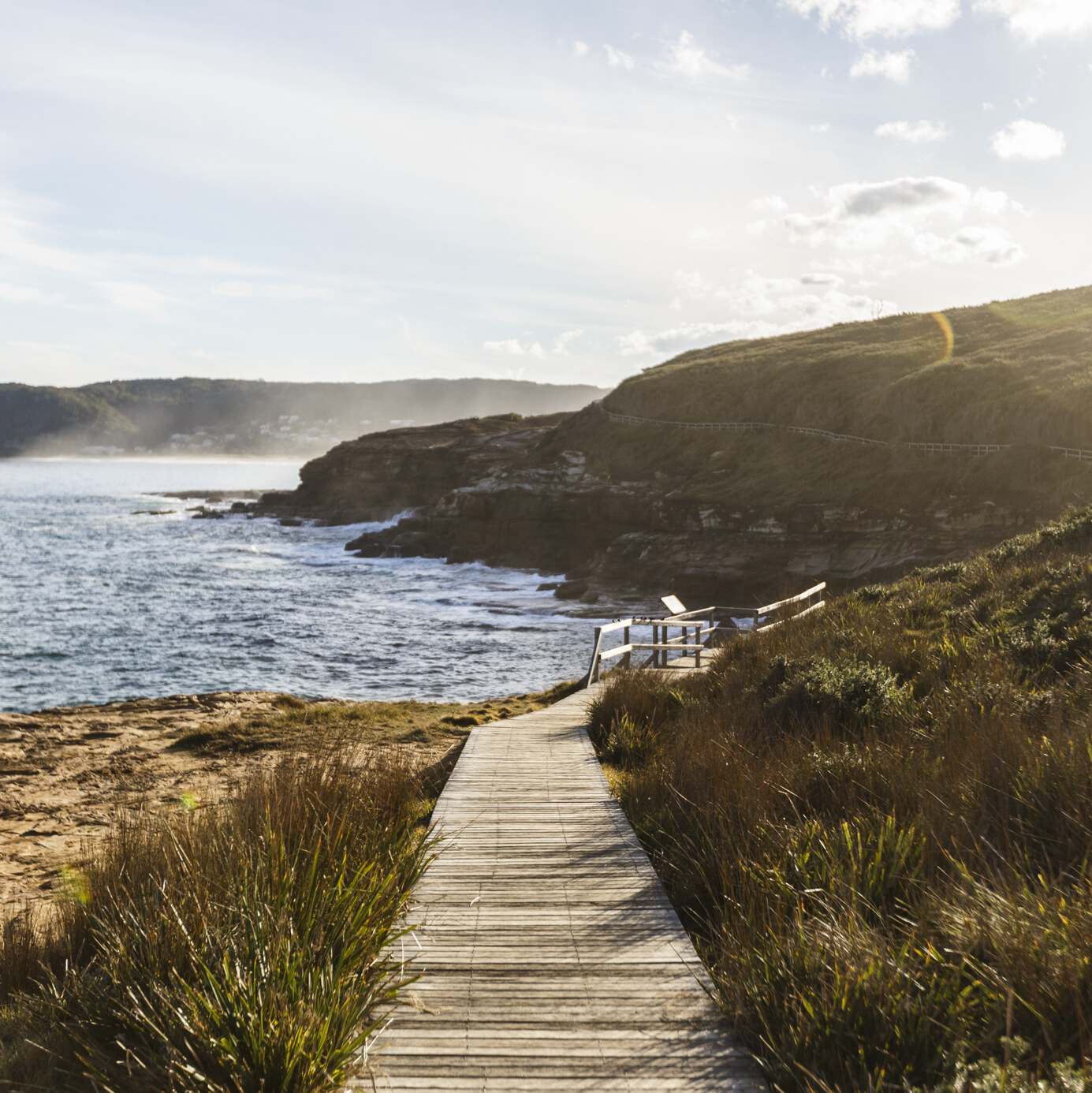 Let’s start with the region's Pacific strip, one of Australia’s very best areas for coastal suburban living. From the quaint and secluded Pearl Beach in the far South, to the near 10km cascade of Budgewoi Beach in the North, there’s hardly a stretch of coast bereft of golden sands and plentiful pacific swells.

One real standout is Forrester’s Beach, located a quick 15 minute drive north from the major beach town of Terrigal. The beach is blanketed by sand and sun and offers spectacular views of the Wyrrabalong National Park to the north; the last preserved coastal rainforest in the Central Coast. The forested headland towers over Forrester’s with its formidable figure, and from the top hikers will be greeted by jaw dropping views of the Pacific Ocean and the stunning stretch of beaches extending South toward Terrigal. Another local favourites, this one in Central Coast's North, is the cluster of beaches in the Norah Head area. The oblique headland is adorned with the 120 year old Norah Head Lighthouse, and from its garden breaching whales can often be seen as they pass up and down the coast. Beaches, rockpools, and coves surround the head with excellent spots for surfing and snorkelling abound. 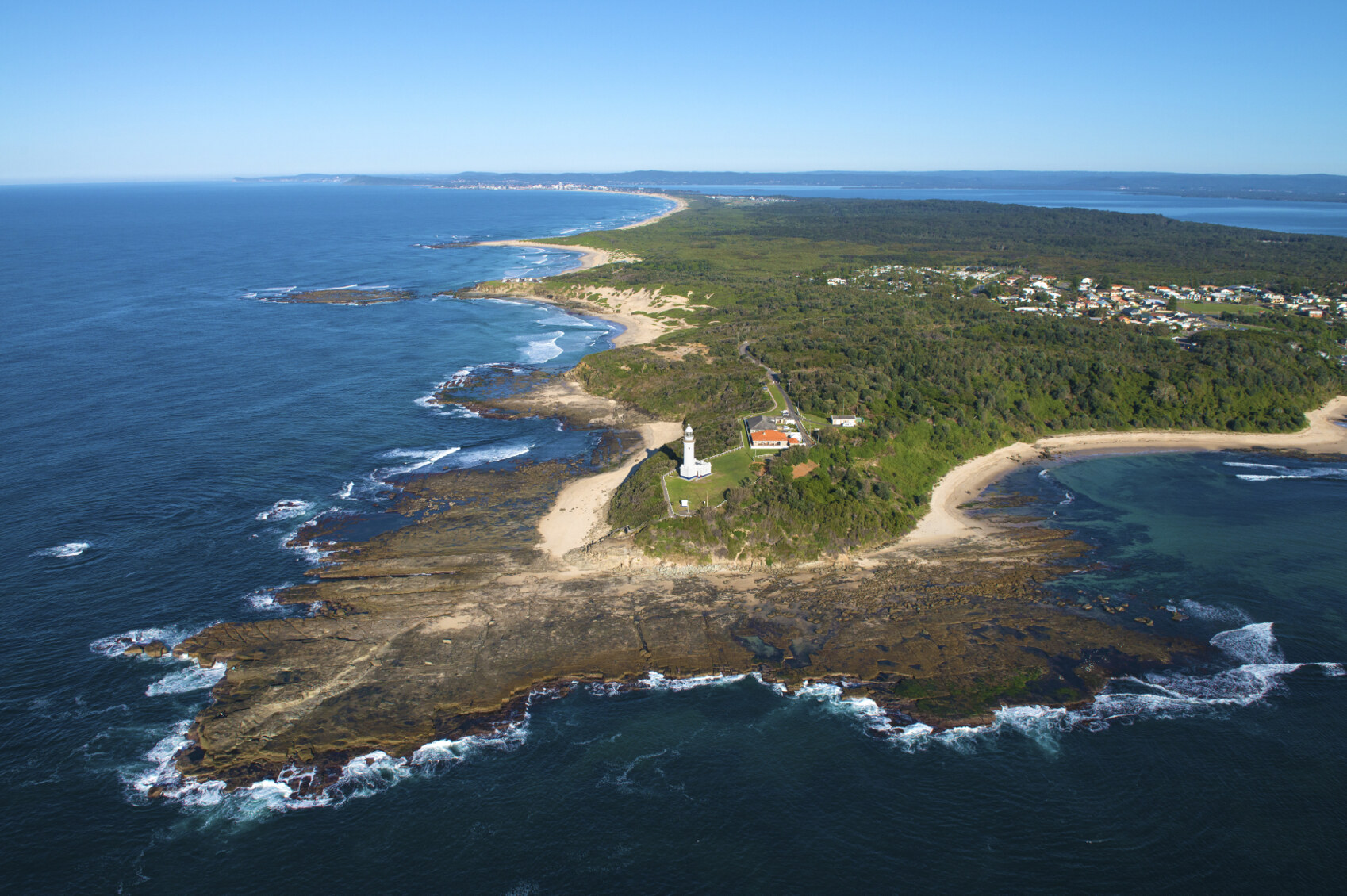 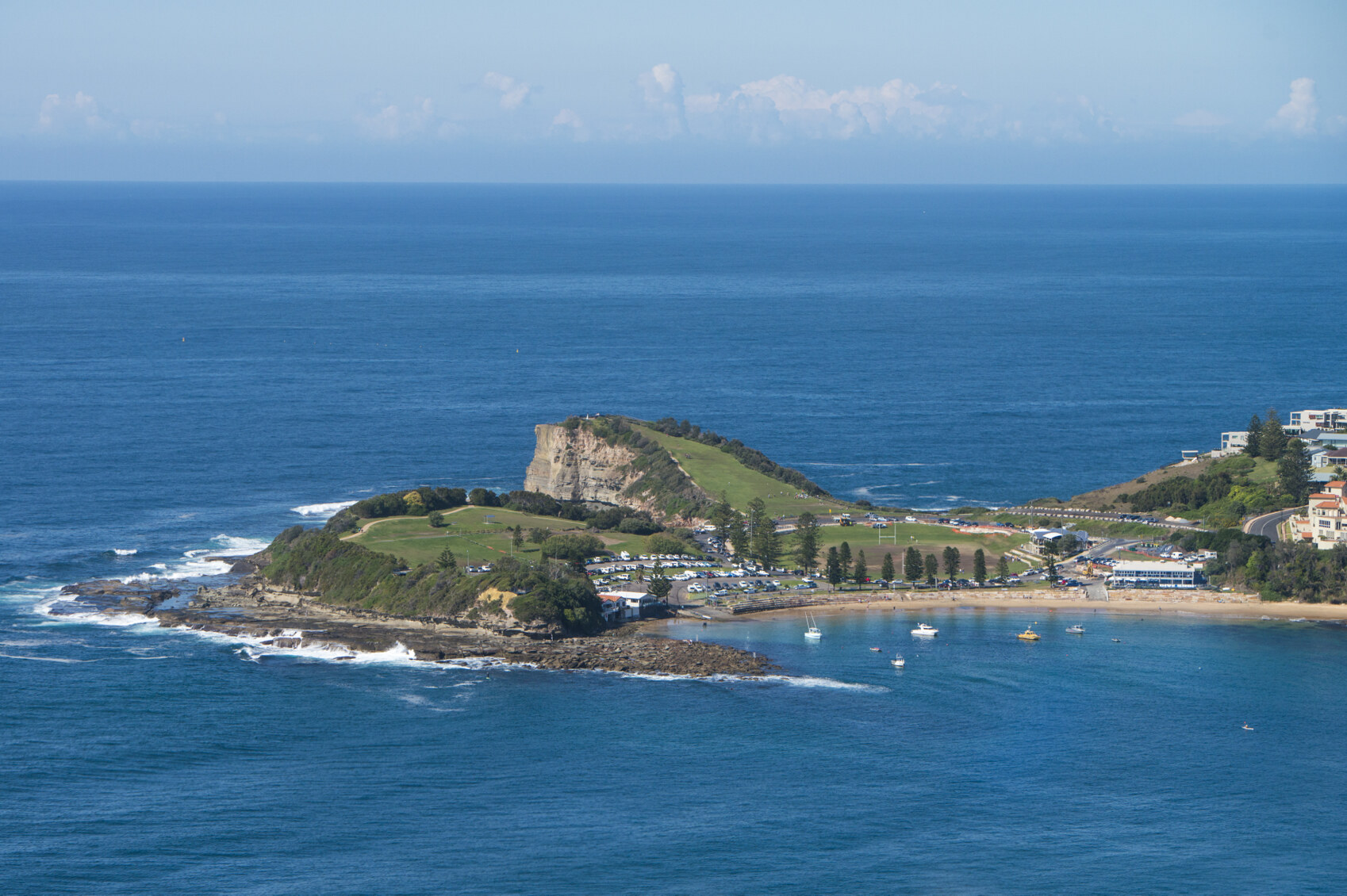 Where to live in the Central Coast, New South Wales

The largest and most famous of the population centres in the Central Coast is Gosford, located on the Northern banks of the inlet of Brisbane Water. The town was founded in the 1840s and received a significant influx as the first railway stop north of the Hawkesbury after the rail bridge over the river was constructed. Today, it is a bustling and modern urban centre and is often referred to as the capital of the Central Coast. As well as a wide variety of bars, restaurants, and pubs, the Gosford foreshore is home to Central Coast Stadium; a picturesque waterfront rectangular ground that can fit 20,000 in its seats and is the home of professional soccer club and 2013 A-League Champions, the Central Coast Mariners. Sink your anchors into the stunning bays and coves of Brisbane Water, as Gosford is abundant with world class waterfront property. 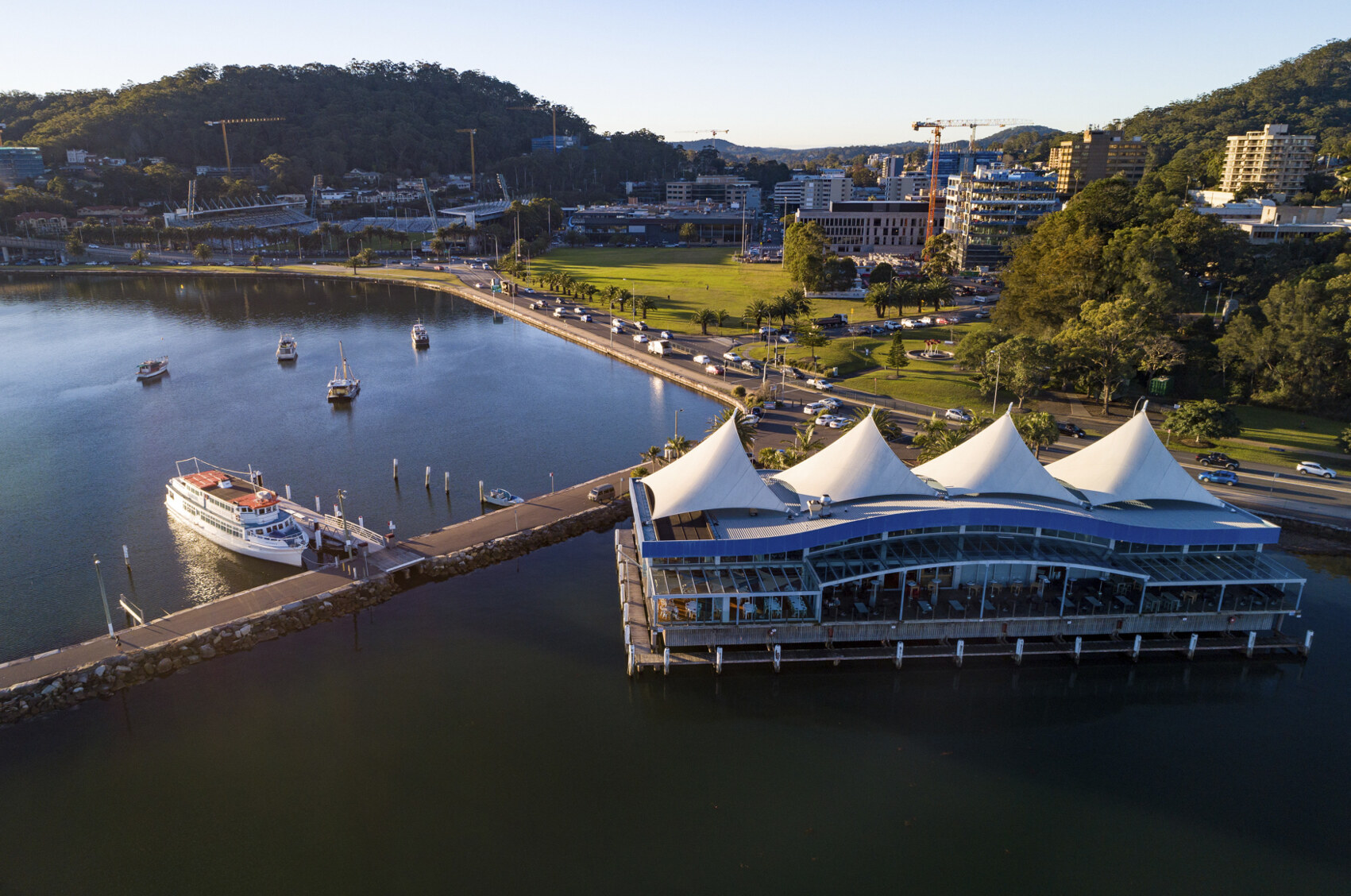 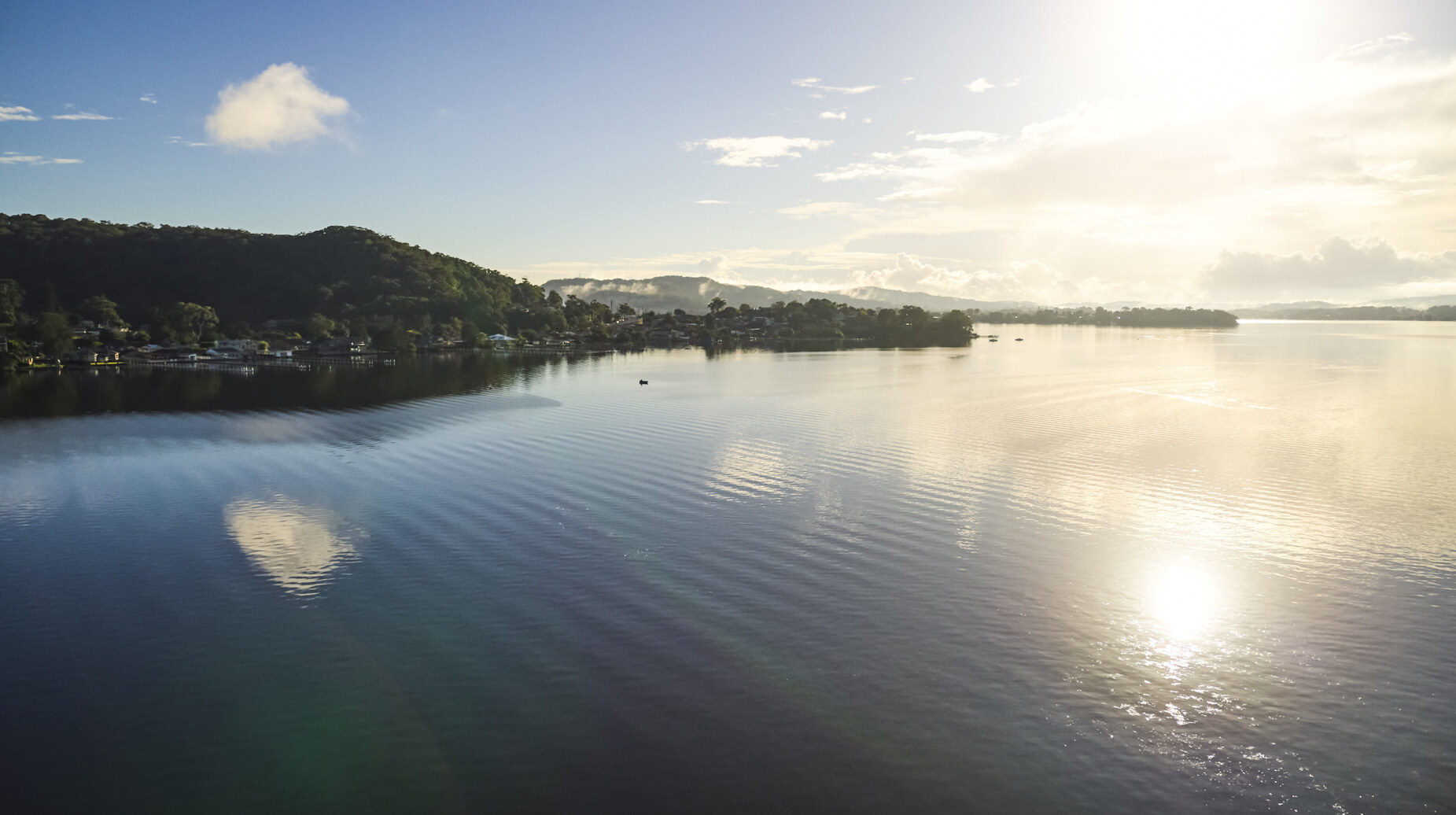 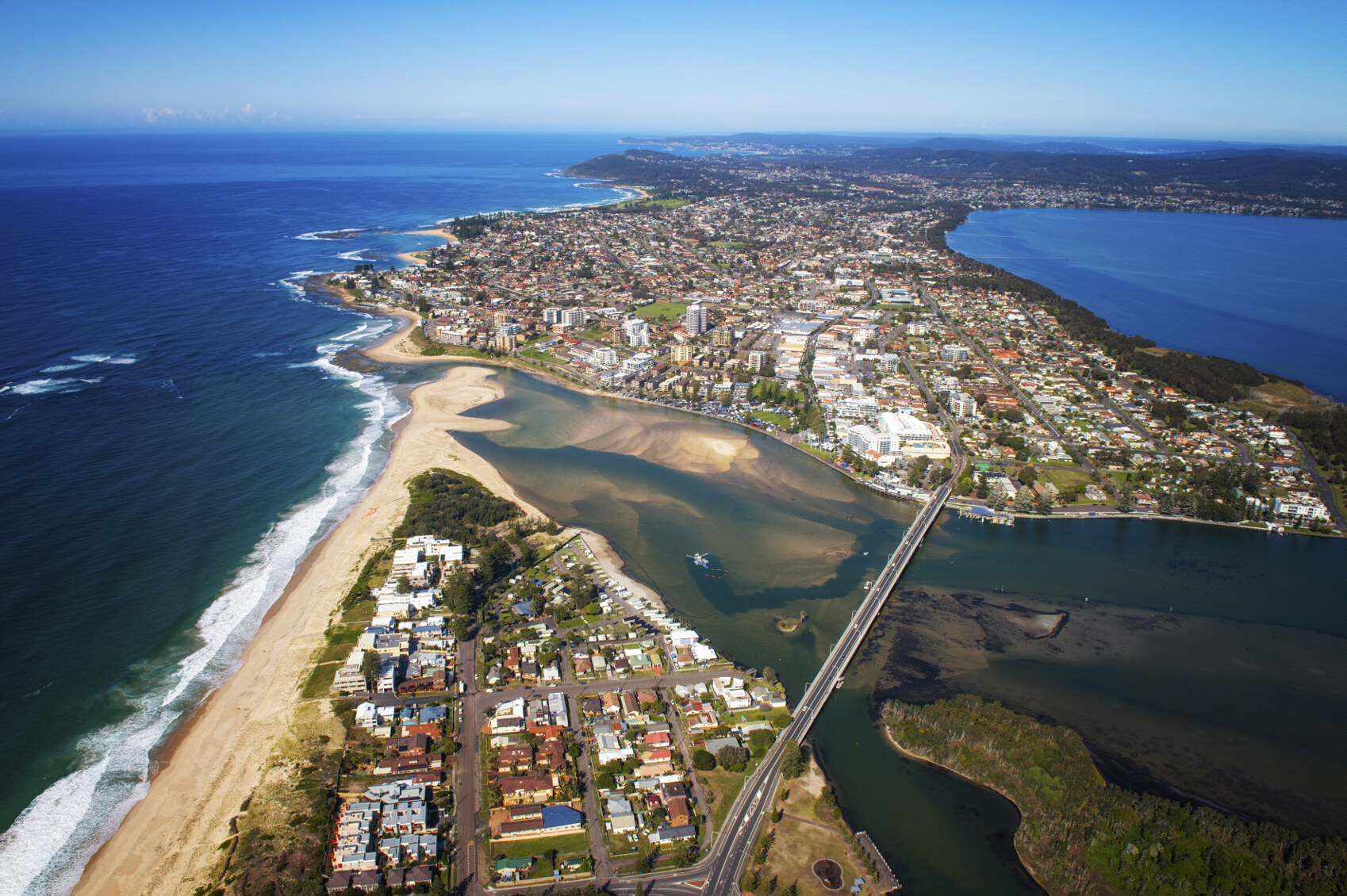 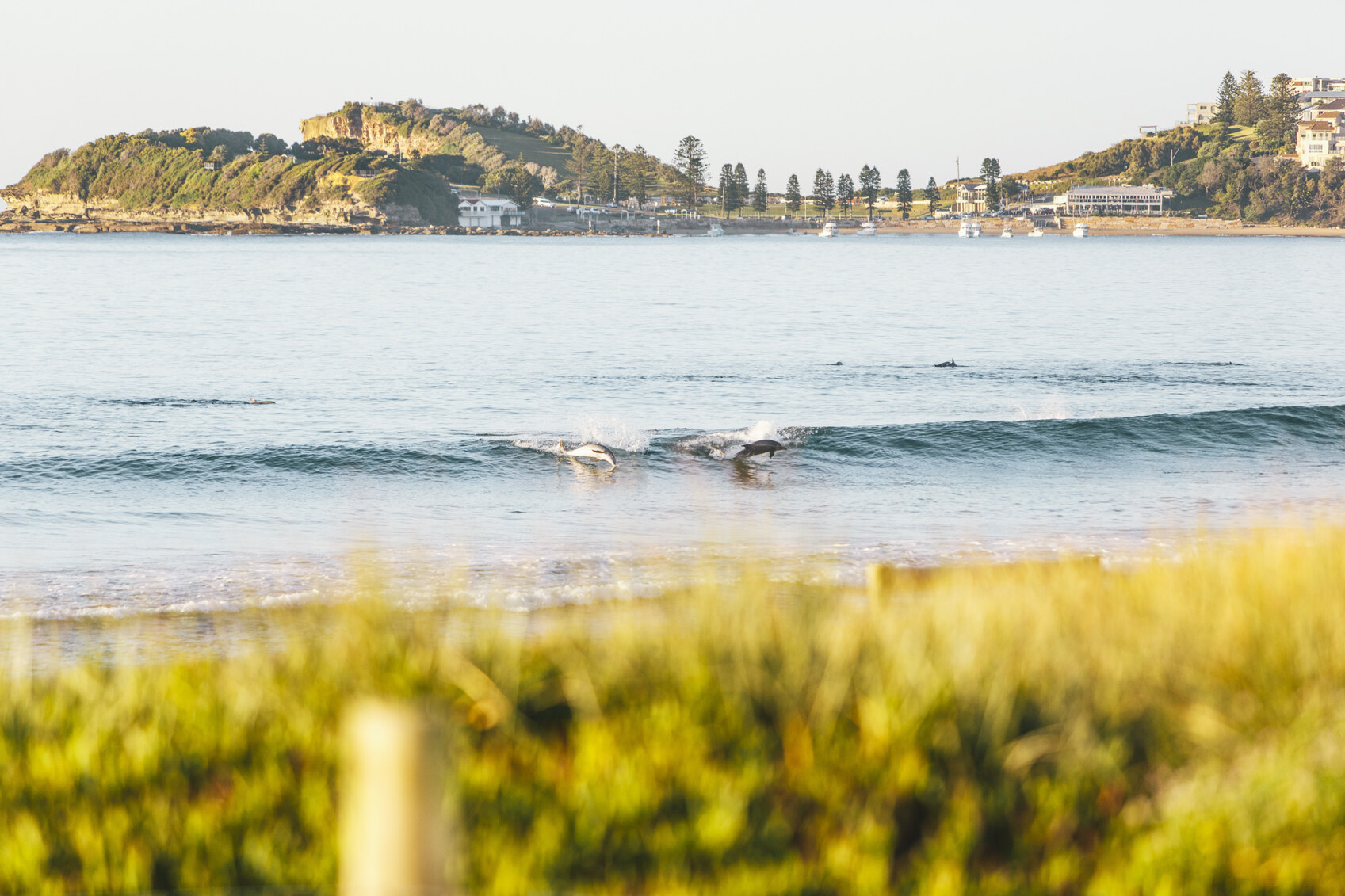 The Central Coast's largest inland body of water; Tuggerah Lakes, is fed by a wide and shallow break in the coastline, allowing ocean waters to rush into the hinterland, and on either end of this distinct opening, lies an iconic beach town; The Entrance. This modern tourist centre is one of the regions most popular localities, and its name and character is coloured by its unique location. The Entrance has been called a "holiday playground of two cities", and for that it has to thank its picturesque seaside setting and rapidly developing waterfront. One well known icon of this town is the historic The Entrance Cinema, opened as the Prince Edward Theatre in 1934.

Perhaps the only rival to The Entrance's beach town eminance in the Central Coast is Terrigal. The Crowne Plaza in the town centre is the biggest and best hotel in the shire, and has drawn waves of delighted tourists into this spectactular slice of coast. The highlight of its waterfront is surely the unique complex known as the Terrigal Haven, located on Broken Head, jutting out into the Pacific Ocean. Bountiful with green fields and gladed cliffs, and a unique and dramatic rock formation known as The Skillion, which is blanketed on the Northern side with grass and a path for sightseers to climb.

Health and amenities in the Central Coast, New South Wales

Health services in the Shire of Central Coast are administered by the Central Coast Local Health District. There are two main public hospitals with active emergency care departments, the larger of which being Gosford Hospital with 460 beds, while Wyong Public Hospital in Kanwal has 274 beds. In addition to this there is a smaller public hospital located in Woy Woy, and a number of private hospitals of which the largest is again located in Gosford. Aged care is a major industry in the Central Coast and the shire is home to 21 different aged care centres, meaning all your potential needs can be accommodated. There are ample options for primary and secondary education throughout the Central Coast including public and private schooling. As well as this, the University of Newcastle operates a campus in the suburb of Ourimbah, and the Hunter Institute of TAFE operates three campuses in the area; one in Gosford, one in Wyong, and one in Ourimbah.

For the keen sportsmen and women, the Central Coast, New South Wales is thoroughly equipped and full of modern and diverse facilities. In near every township and suburb there are ovals and rectangular fields available for playing Rugby, Soccer, Aussie Rules Football, and Cricket, and the region is also plentifully dotted with golf courses, swimming pools, tennis courts, and skate parks; including the Slam Factory Indoor Skatepark in Wyong which is considered to be one of the best skateboarding, BMX, and scootering facilities anywhere in Australia. 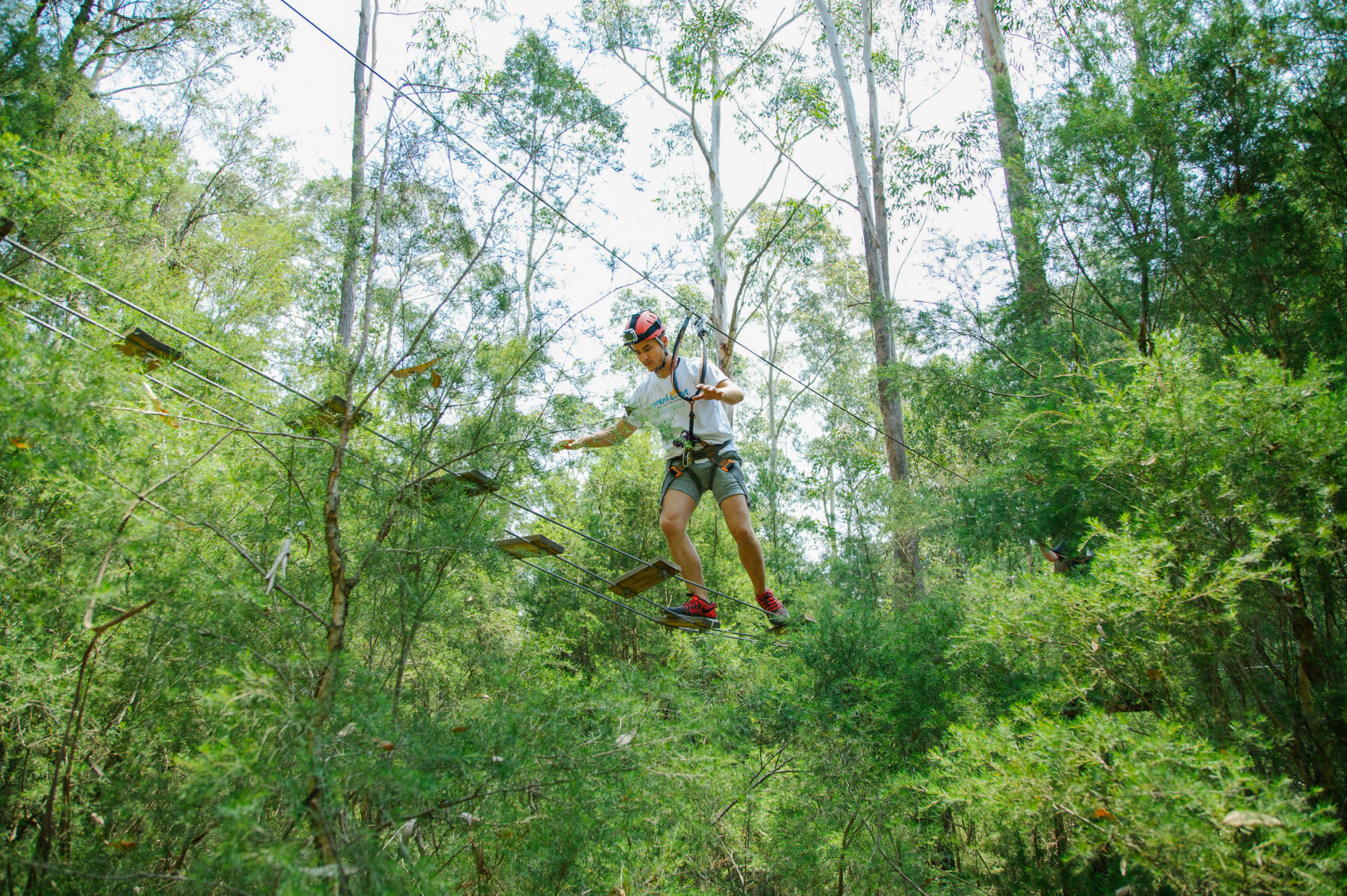 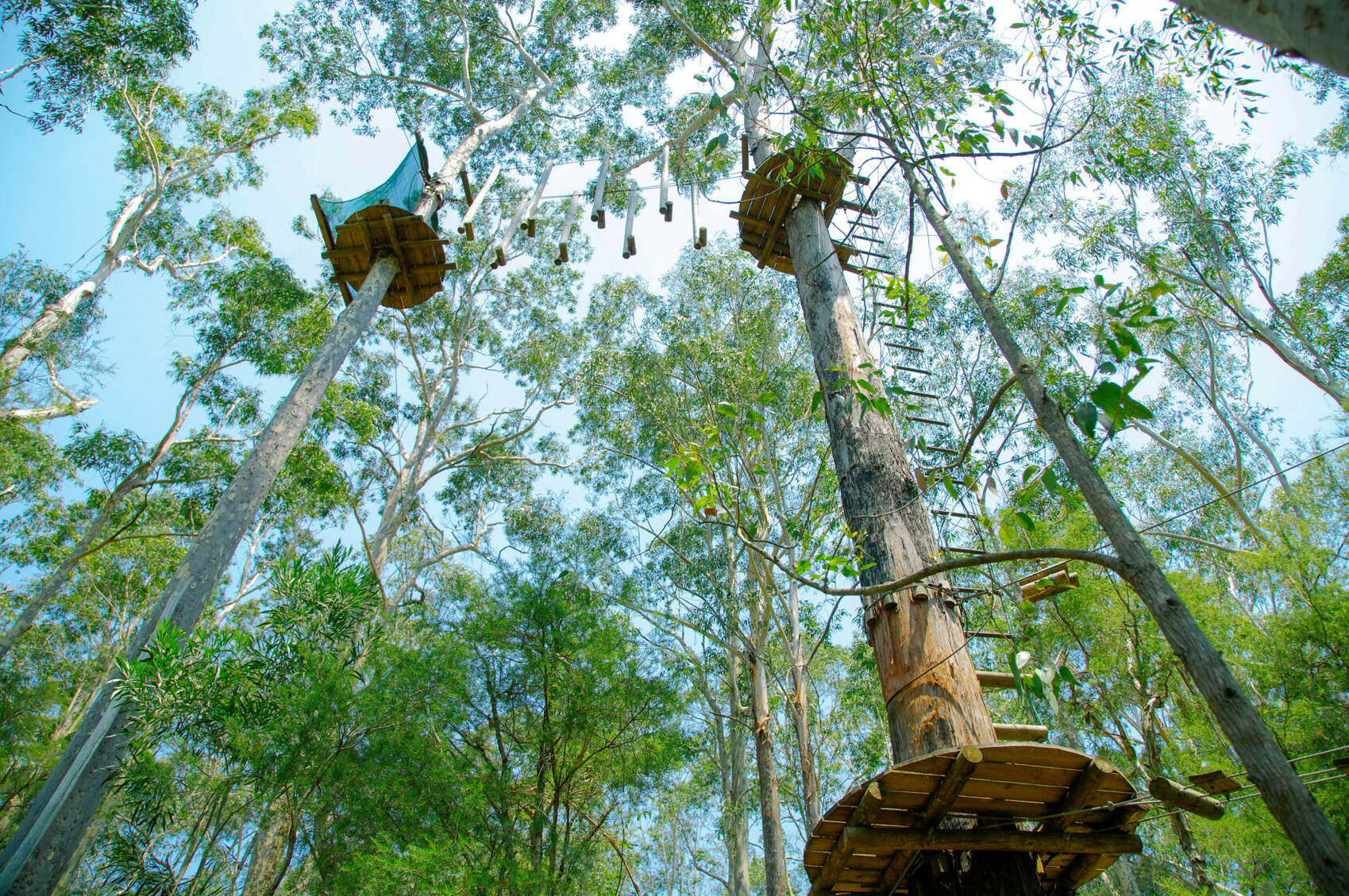 There is a rink where ice hockey is played  in the Erina Fair shopping centre, while fields for baseball and softball can be found in East Gosford, Wyong, and Bateau Bay. For the adventerous among us, the TreeTops Adventure Park in Wyong Creek will take you up into the rainforest canopies and test your bravery and skill against its highwire obstacle course.

The Shire of Central Coast offers train and bus options as far as public transport within the region, and improving the public transport infrastructure has been named a priority by the council. The region is thoroughly accessible from the cities of Sydney to the South and Newcastle to the North, whether by road on the Pacific Highway and Central Coast Highway that run up and down on parallel sides of the inland water courses, or by rail on the Sydney to Newcastle line which has 14 stops within the Central Coast council, ranging from Woy Woy to Warnervale. Major stops on this route include Wyong, Gosford, and Ourimbah.

Find your new dream home from these properties for sale in Central Coast, New South Wales.

3 BEDROOM RESIDENCE ON 550M - WITH HOME BUSINESS (KINCUMBER POOLS PLUS)

For those looking for a great lifestyle home and business in this wonderful Kincumber...

“Set in an incredibly quiet area but still central to all facilities. I love the raked ceilings that this home offers as well as the...

42 Lakeside on our "Central Coast"

Binningup buyers check this out!
Enjoy this stunning coastal precinct nature offers from Binningup to Preston Beach
Expansive residence or...