The Gold Coast, Queensland: Worth Its Weight

Just north of the border between Queensland and New South Wales, Australia’s largest regional city has spent the last 40 years making its name a globally recognised one. The Gold Coast Queensland is the Australia's first and foremost destination city, but there’s a lot more to this seaside sprawl than meets the eye. From the world class surf breaks up and down its sandy coastline, to the lush rainforest hinterland, to the bustling world of culture and nightlife in the CBD, the Gold Coast is as diverse and lively as each and any of our state capitals; truly a slice of the big city in the Australian regions. The area was first settled by Europeans as early as 1823, and in the early years the plentiful supply of versatile red cedar wood found in the hinterland drew new arrivals into the region, but it wasn’t until over 50 years later in 1875, when the small settlement of Nerang Heads was given it’s new name; Southport, that the Gold Coast we know today began to form. The locality not far from the mouth of the Nerang River quickly earned a reputation as a sun swepped holiday paradise where the wealthiest of Brisbane residents go to unwind. 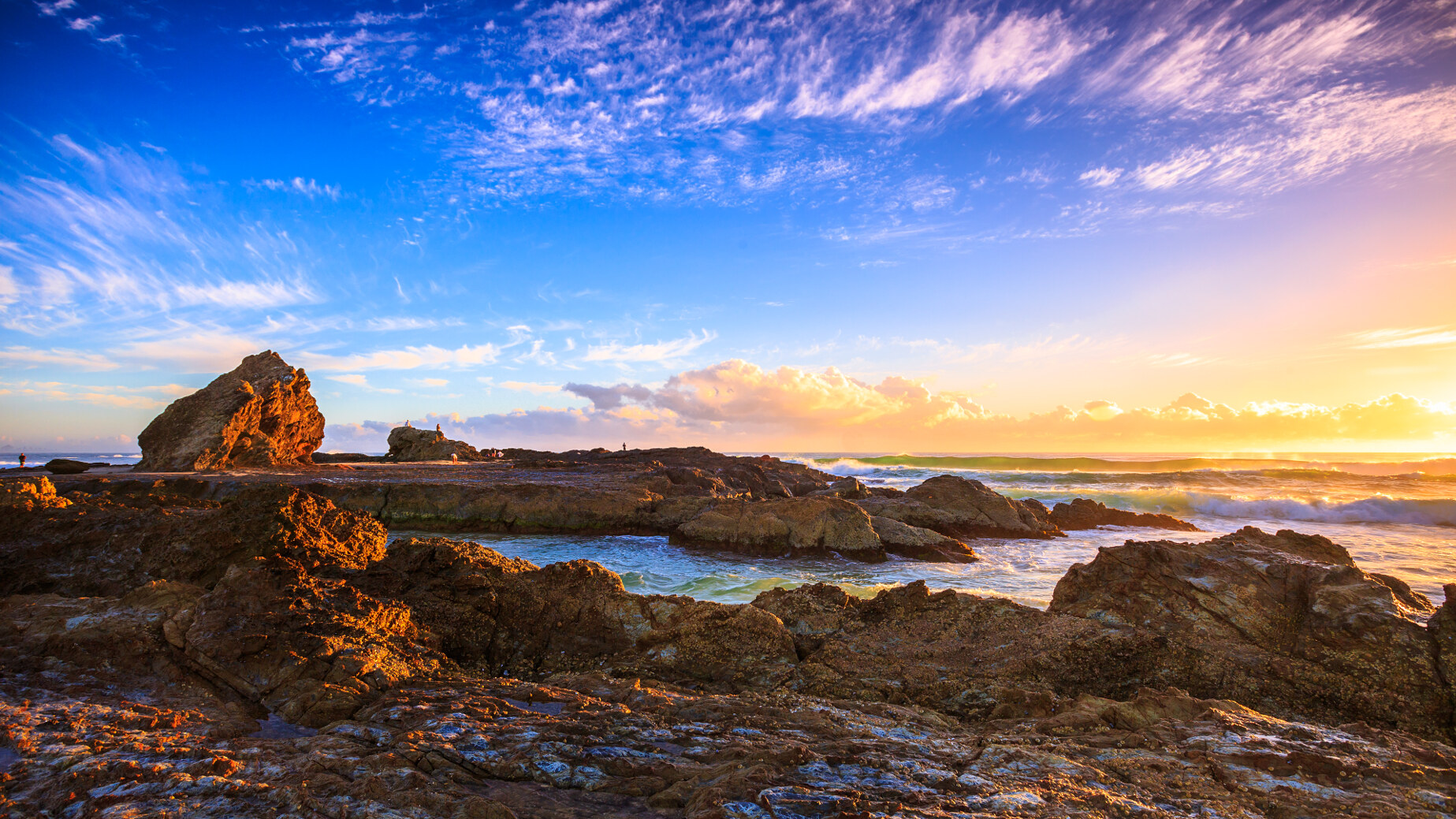 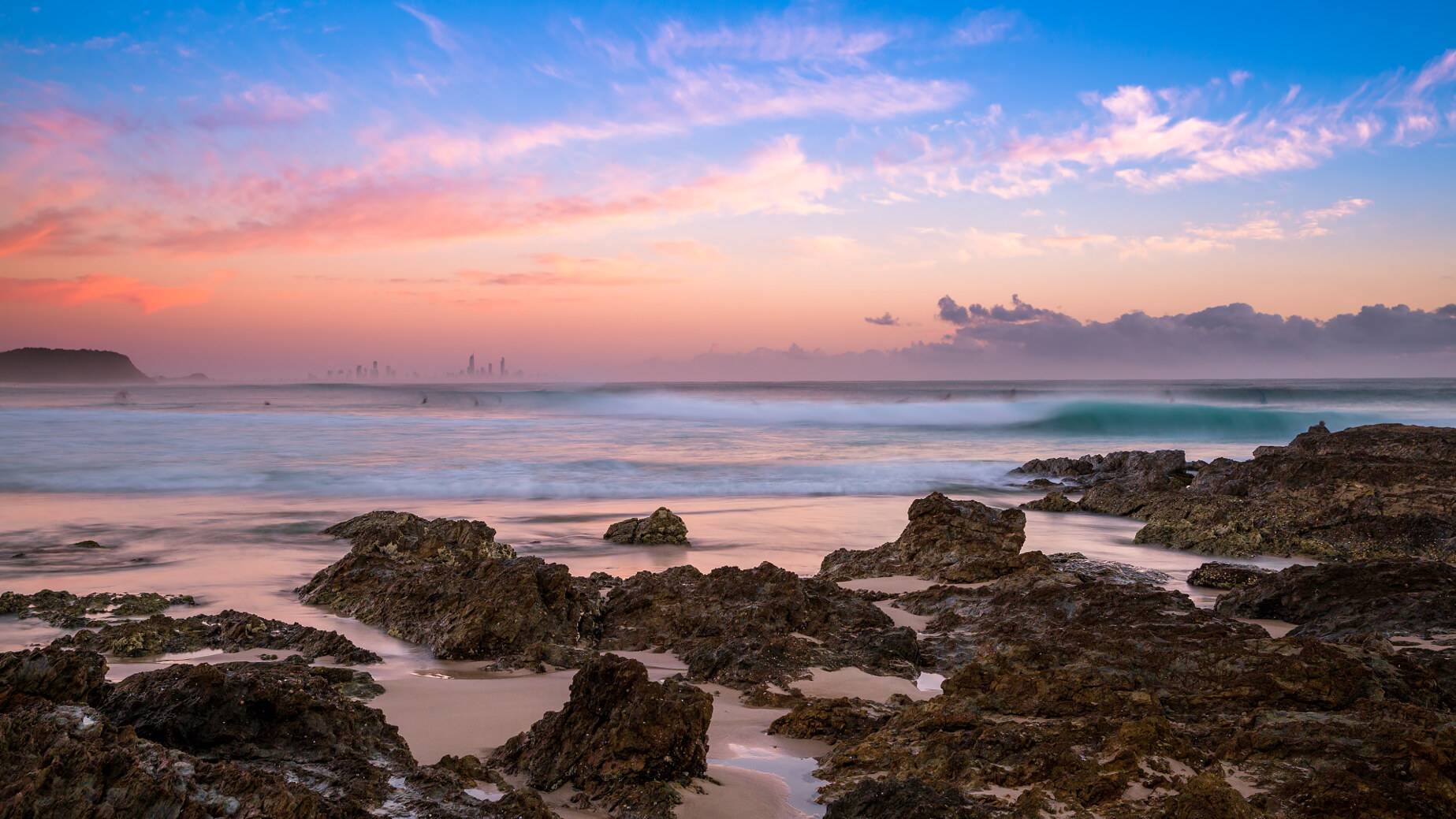 From Southport, the groundwork for today’s Gold Coast was laid. While the next 100 years would see the gradual but steady growth of the region’s tourist economy, the 1980s sparked the boom in recognition that spurred on the Gold Coast’s growth, as in 1981 the brand new Gold Coast Airport in Coolangatta welcomed its first arrivals, and the first of the now stacked roster of theme parks in the region, Dreamworld, opened its doors to the public. A fresh and exciting new kind of Aussie coastal destination was beginning to form here, and this period of growth was capped off with the construction of the Surfers Paradise Marriott Resort & Spa which welcomed a new wave of international hotels to the Gold Coast, and firmly established the boom town of Surfers Paradise as the new central entertainment precinct.

It's easy to see what made this slice of coast such an attractive place to visit, and skyrocketed to the top spot in Australia's lineup of coastal destinations. The beaches here are pure, simple, and seemingly endless. From the mouth of the Tweed River in the cities far South, all the way to the distant Northern cape of South Stradbroke Island, lies one seldom interrupted stretch of golden sands and plentiful pacific swells. Whether you're there to ride the waves and soak in the stoke, or just take in the natural beauty at the meeting of sun, sea, and land, you'll be sure to find some of your new favourite beaches in Australia on the Gold Coast, Queensland. 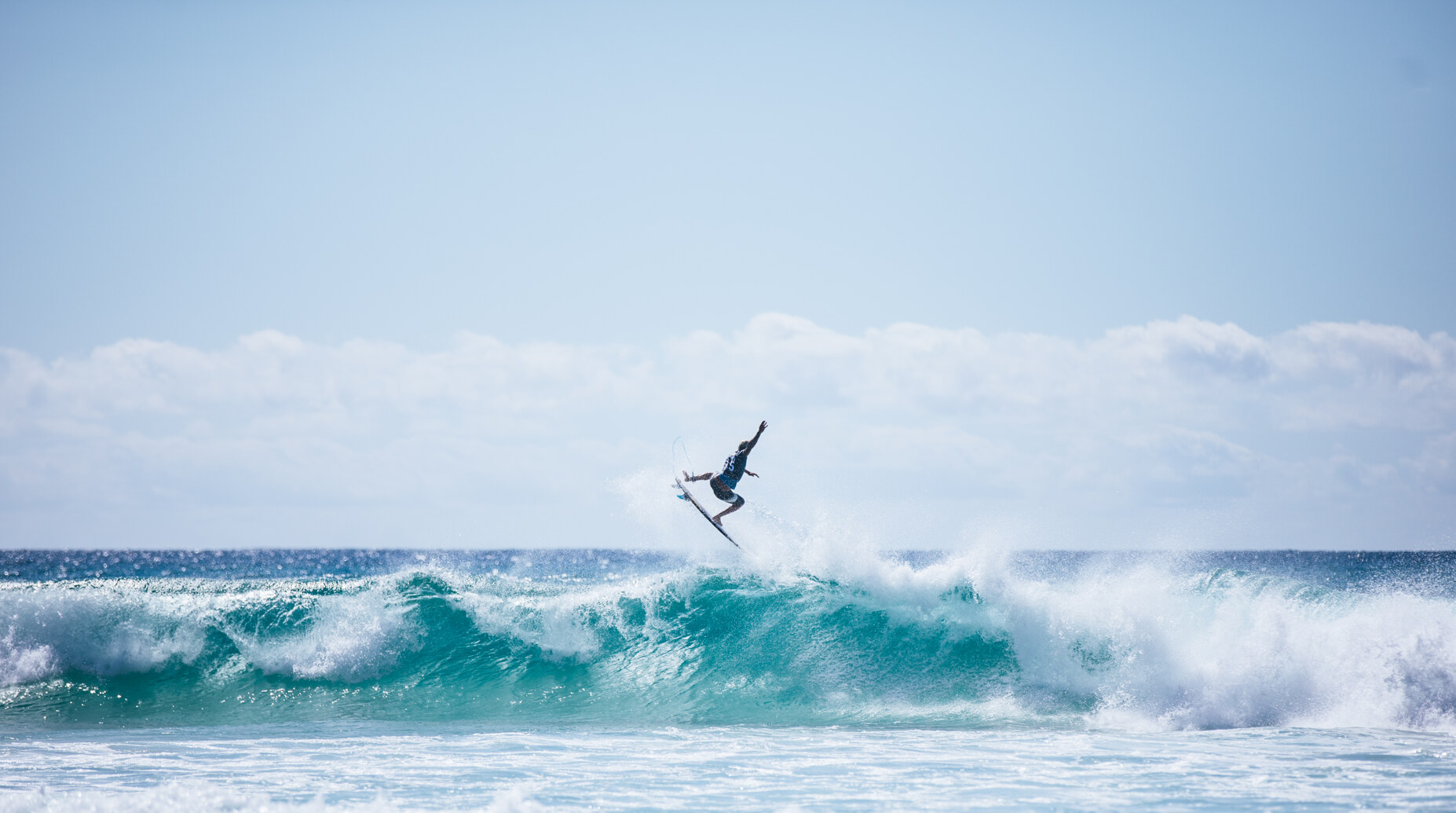 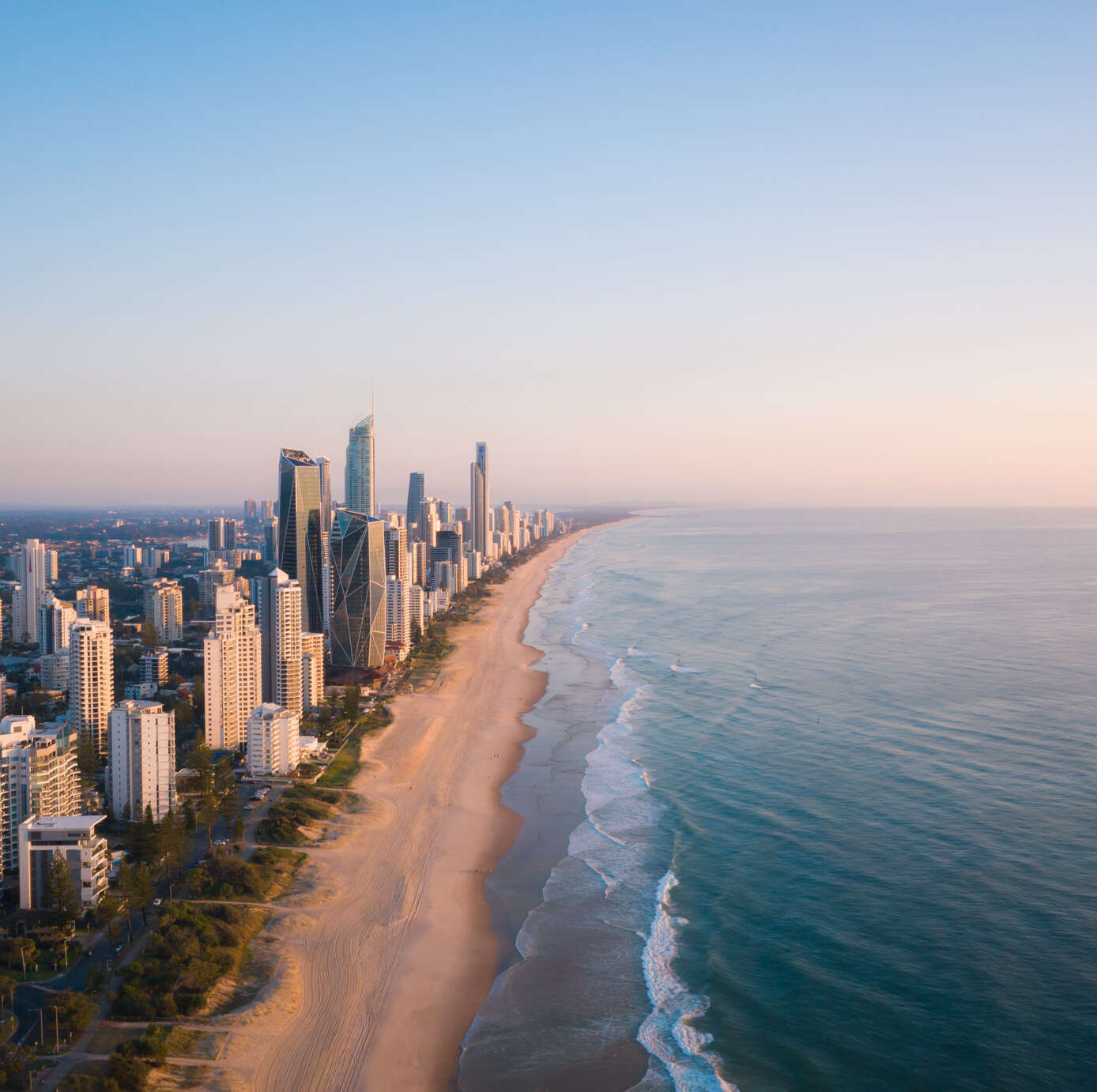 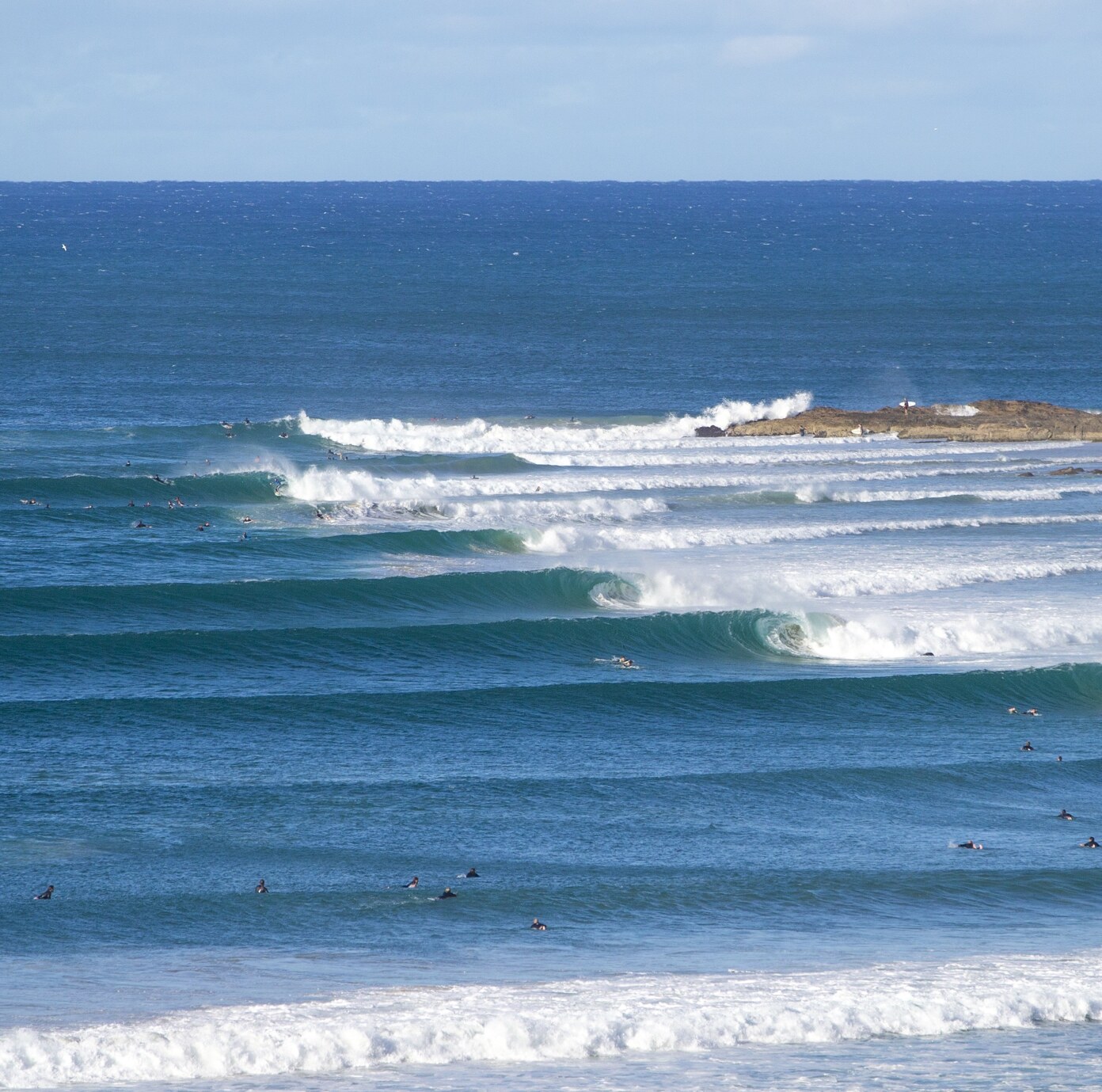 What to do and see in the Gold Coast, Queensland

Today the attractions are simply too many to list. Let's start with its world class theme parks, kicking off with the largest of all; Dreamworld, in the Northern suburb of Coomera. This sprawling landscape of wonder and thrills, including waterslides galore in the attached Whitewater World, stretches over 85 hectares and is full of adventure at every turn. The park is getting ready to open its flagship new rollercoaster, the intimidating and record breaking Steel Taipan, which will be the fifth coaster in their lineup, but even with this new addition there's only one dominating feature in Dreamworld's skyline. The Giant Drop spent 14 years as the tallest free fall ride anywhere in the world. It takes you up an extroadinary 119 metres in the air with uninterrupted views from the sea to the hinterland, and sends you hurtling back down at astonishing pace.

Meanwhile, a little closer to town, Sea World has existed under some name or another since 1971, located on the narrow spit that extends up to the Nerang rivermouth. There's plenty of thrill rides to excite, like the Storm Coaster, and more set to be constructed in the coming years, but the main attraction at this distinct park is its up close and personal experiences with marine life, which range from the adorable to the heart pounding. There's all kinds of sea life waiting to meet you at Sea World. Meanwhile, if you're looking for the best lineup of rollercoasters anywhere in Australia, look no further than Warner Bros Movie World. It can be hard to decide where to start when you walk in and see those floating ribbons of steel in all directions, from the intense high speed launching Superman Escape, to the gut churning turns and loops of the Green Lantern Coaster, but the brand new $30 million DC Rivals Hypercoaster is our pick for first ride, as its incredible 61 metre vertical drop towers over the parks entrance and has answered the question - at least for now - of what's the biggest and best ride on the Gold Coast. 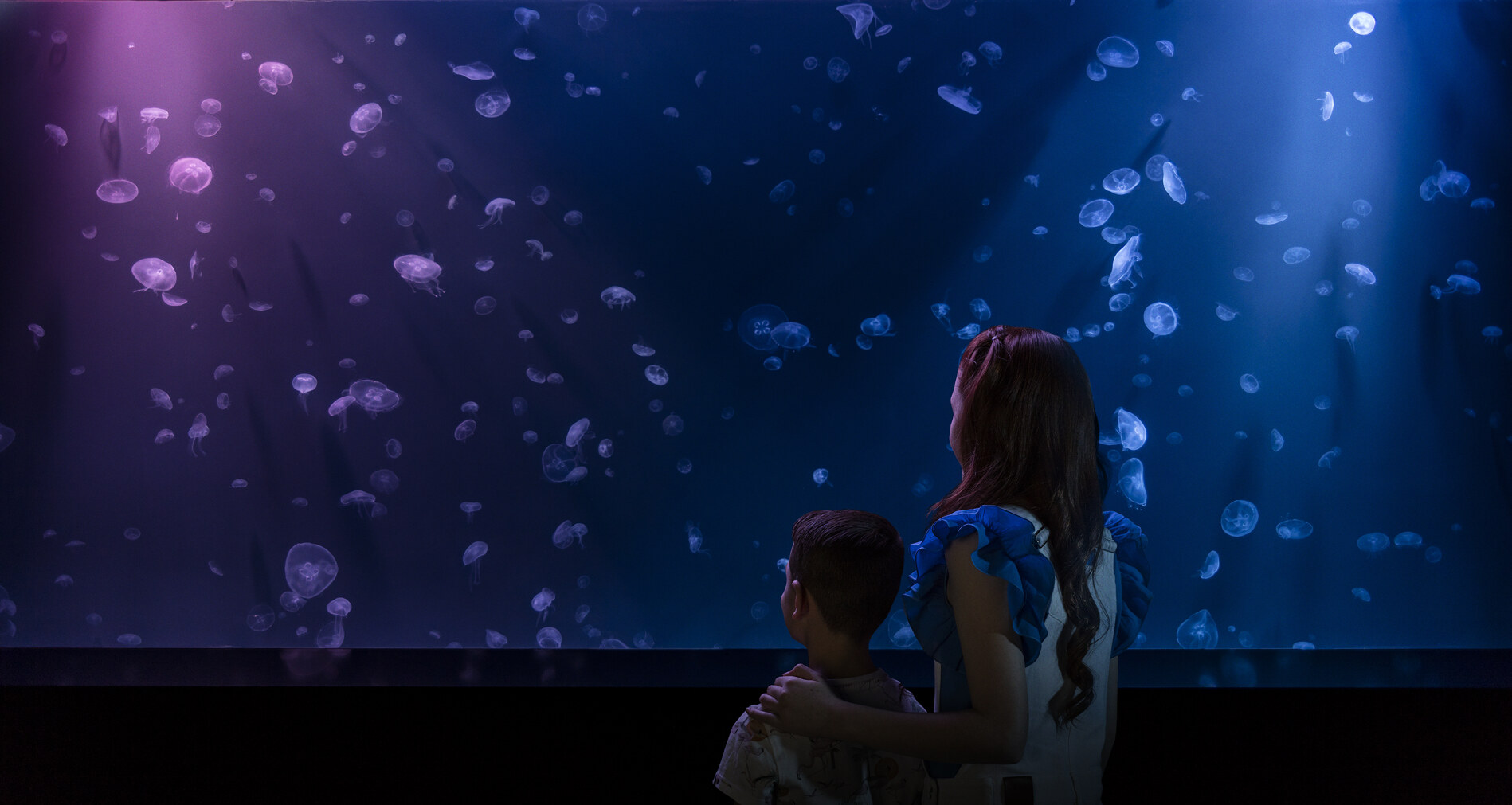 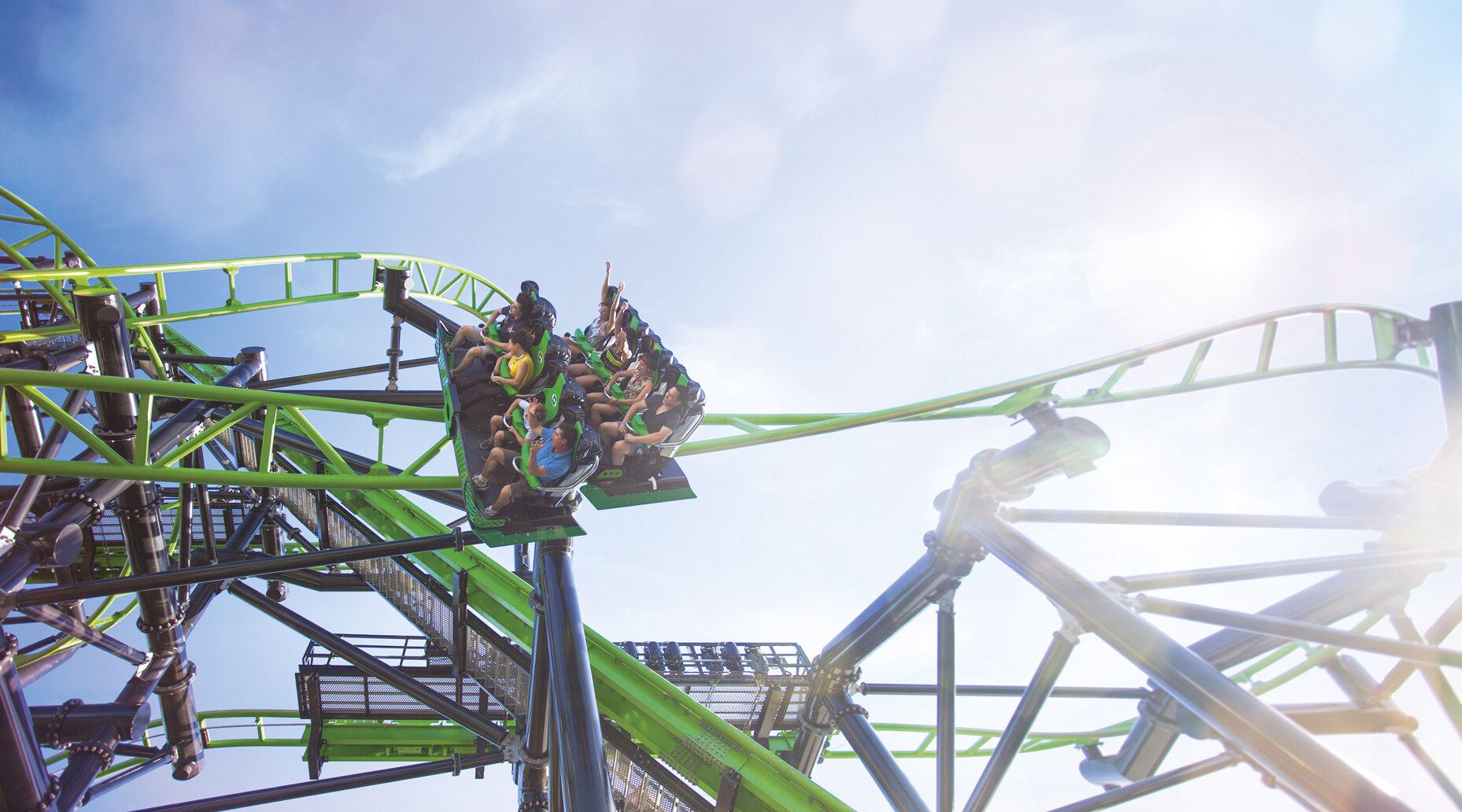 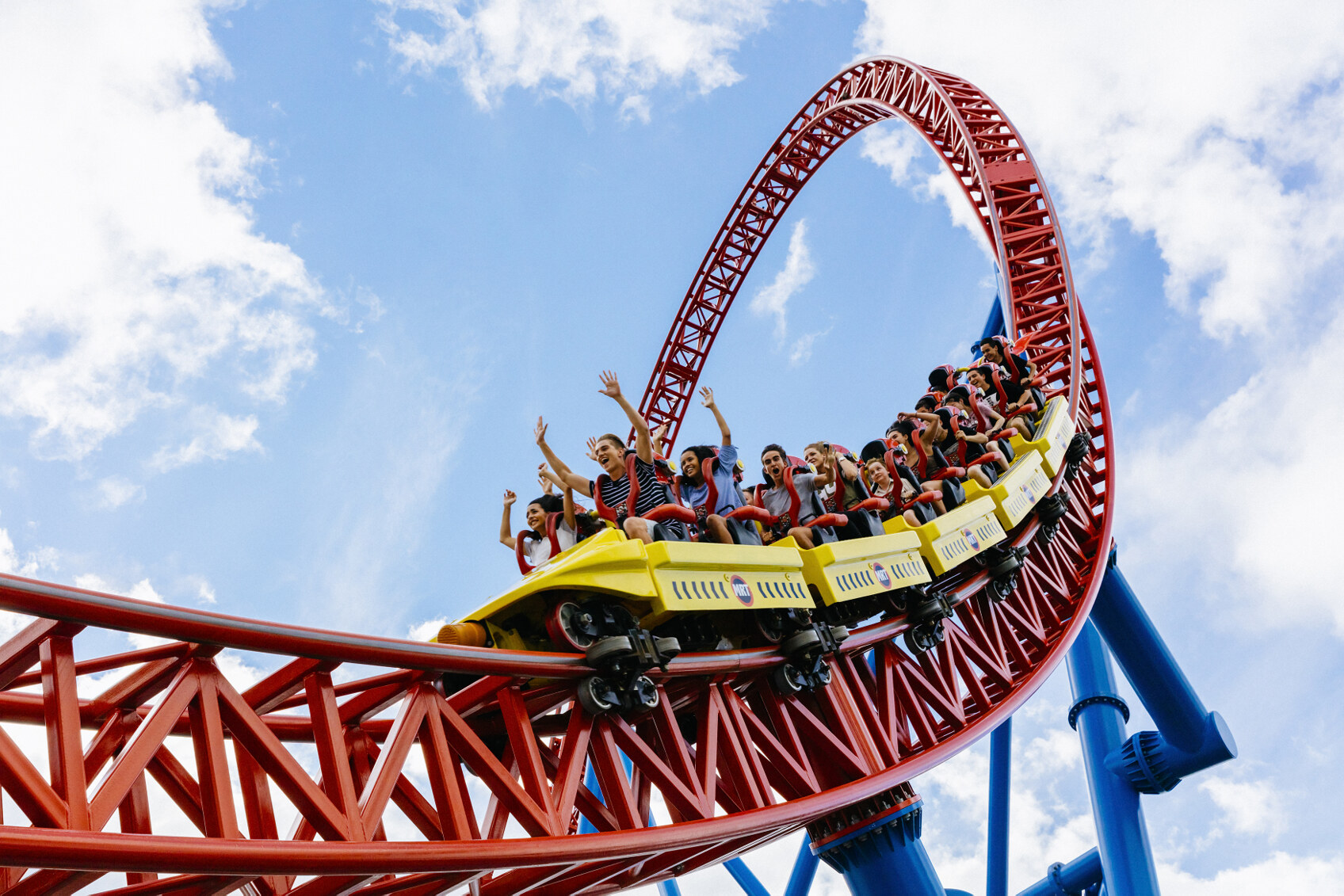 If you're looking for the furthest reaching views in Australia, the Skypoint observation deck is your ticket to the sky. It might be a surpise to find Australia's tallest building in its 6th largest city, but the iconic Q1 skyscraper that opened as the world's tallest residential building is not just the most recognisable manmade landmark in the Gold Coast, but in fact anywhere in Queensland. From the 77th and 78th floor viewing areas you can see all the way from South Stradbroke Island to the Tweed Valley; from the horizon of the Pacific Ocean to the great rainforest hinterlands of Southern Queensland. In fact it gets even higher in Q1, as if you can handle the jelly legs that come with it, climbing the towers unique top spire is an experience you can’t miss if you’re visiting the Gold Coast. The city is also home to two major professional sports teams; the AFL's Gold Coast Suns, and the NRL's Gold Coast Titans. With two seperate but equally enourmous and well equipped modern stadia, Metricon Stadium (AFL) and Cbus Super Stadium (NRL), these teams draw fervent crowds and have seen some truly great players come through their ranks, including bonafide AFL royalty in Gary Ablett Jr. As well as this, you can't forget the beloved and always highly anticipated annual V8 Supercars Gold Coast 500 that races a uniquely arranged and narrow city circuit where you can come and see some of the world’s best drivers darting between the skyscrapers and flying along the Surfers Paradise waterfront in Australia's fastest cars. 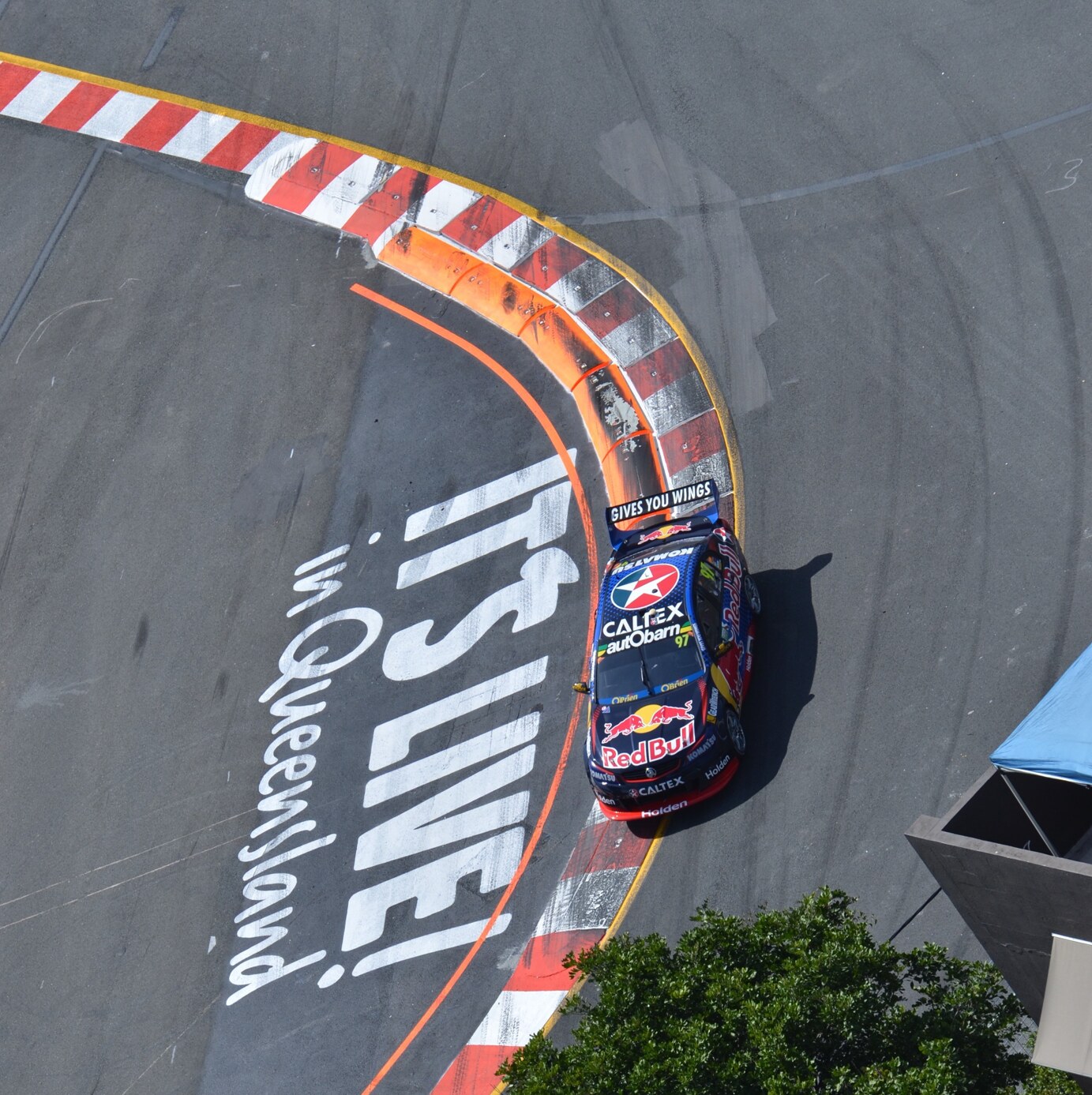 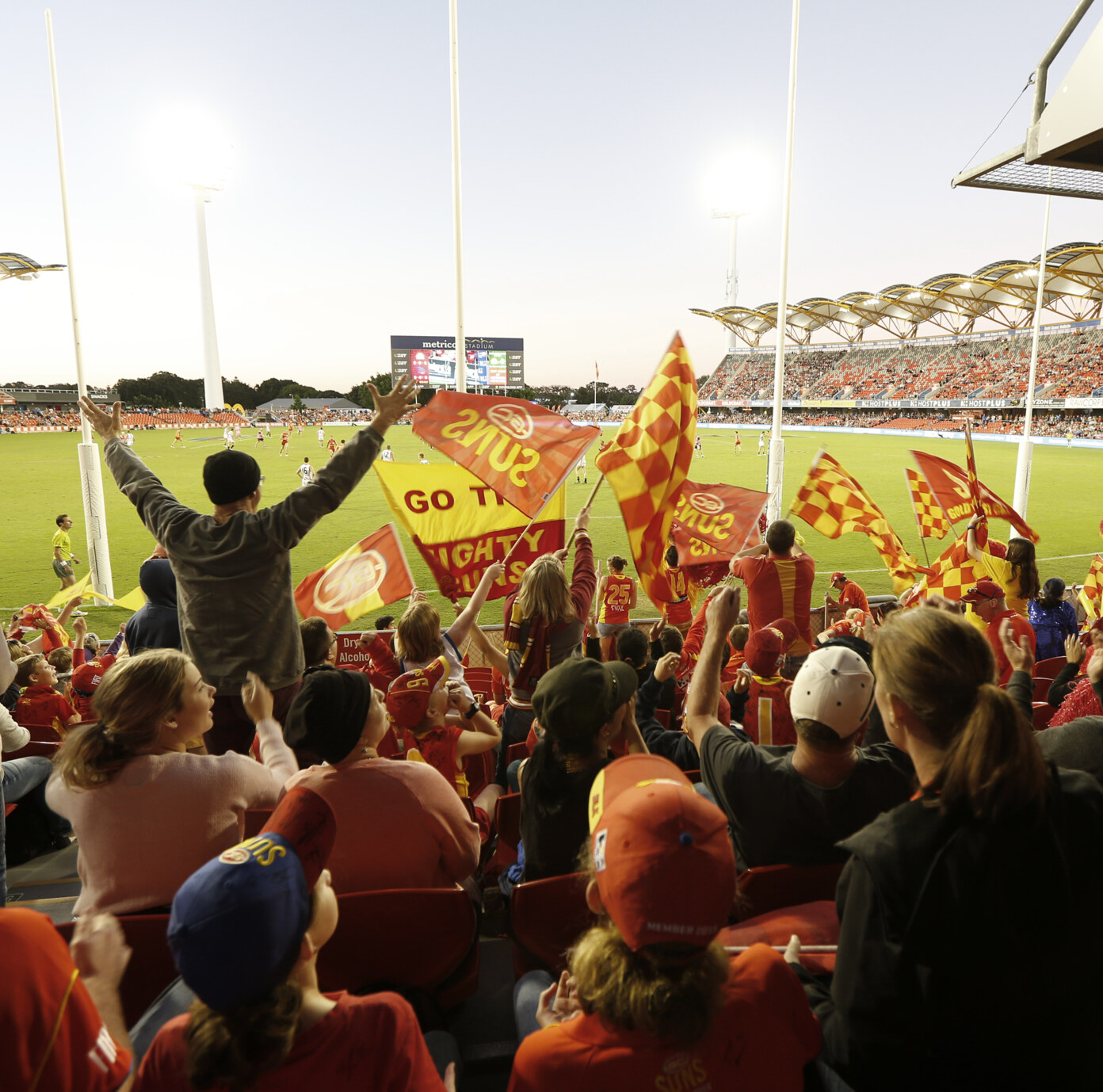 Health, amenities, and education in the Gold Coast, Queensland

Health services in the region are administrated by Gold Coast Health and are as complete as you might expect from a city of this size. There are two main hospitals, Robina Hospital in the South, and Gold Coast University Hospital on the Griffith University campus near Southport. Both are comprehensive and full scale facilities offering general medical and surgical services, aged care, inpatient and outpatient care, and more. There are also a large number of smaller local hospitals and community health clinics throughout the suburbs of the Gold Coast, so whatever your post code and medical needs, you'll be accomodated.

Gold Coast has a rich and historic sporting cultures, having produced some of Australia's greatest athletes ever including Olympic gold medallists, Grant Hackett and Sally Pearson. Just three years ago the city played host to the Commonwealth Games, and now more than ever there are ample facilities and community involvement for all kinds of sports. From cricket to baseball, soccer to rugby, volleyball to tennis; whatever your game may be, there's a field and a team waiting for you in the Gold Coast.

There are plentiful options for all levels of education, private and public, in the Gold Coast. The Southport School, established in 1901, is known to be the most historic and prestigious boarding program in the region, and its expansive campus is situated in a convenient spot on the banks of the Nerang River, just South of the city centre of Southport. There are also two major university campuses in the city; Bond University near Robina was the first private non-profit universty founded in Australia and has been ranked by Time Higher Education as the 20th best small university in the world, while the Griffith University Gold Coast Campus, located about 20 minutes west of Southport, is the largest of the six campuses the school operates in Southern Queensland and is considered by many to be the best public university in the state. 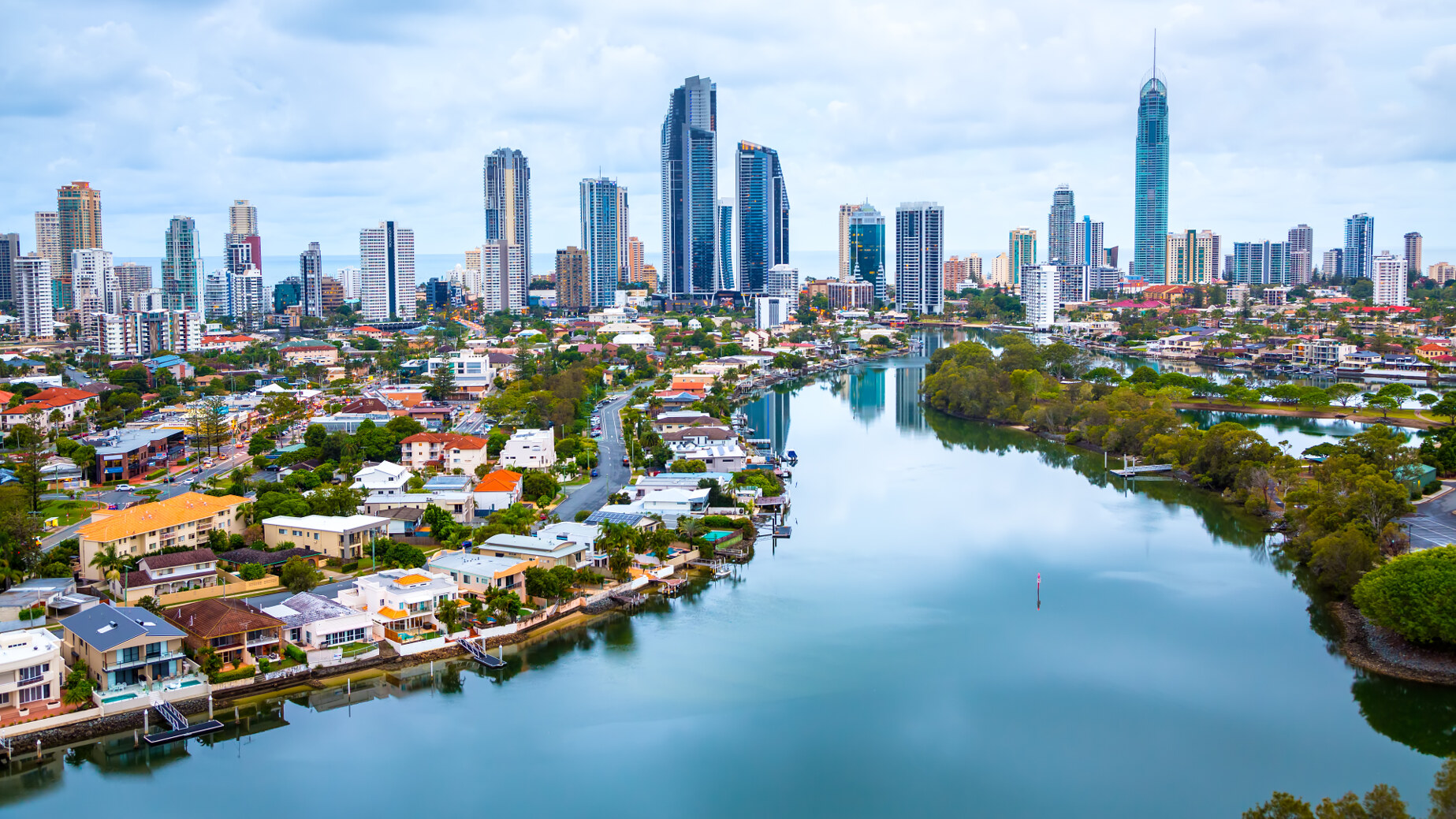 Real estate for sale in the Gold Coast, Queensland

Check out your future home from these properties for sale in the Gold Coast, Queensland.

Regal Residences are set to become the Gold Coast's newest luxury address. Work and play in the booming...

Long established salon for sale in a great location on southern gold coast!

This unique, well known salon has been an established business for over 22 years. It is...