The Best Beaches in Western Australia

The Best Beaches in Western Australia

The vast coastline of Western Australia is endlessly dotted with sandy coves and beaches, stretching thousands of kilometres from the forested mountains and capes of the South Coast, to the grasslands surrounding Perth, to the endless barren extent of the Pilbarra desert, all the way to the rugged Kimberley coast. No matter where you are in Australia's largest state, there are beautiful and welcoming beaches to be explored. Here at GoRegional, we've narrowed it down to our eight favourites, and are proud to present to you the very best of beaches in Western Australia.

This Kimberley classic is the most famous of all beaches in the vast desert of Northern WA. In the year 1889, Western Australia’s first international telegram cable landed on the white shores to the West of Broome, setting a line of open communication from the sprawling megalopolis of Jakarta to this sparse and remote corner of the Earth; and from that moment forth it was known as Cable Beach. Today, the 22km ribbon of white sand is truly iconic for its sparse beauty, gentle waters, and outback charm, as its acclaim is invariably tied to the famous town of Broome and its unique bushland and Indigenous culture. The legendary sunsets of Cable Beach are best seen from camelback on one of the popular camel trekking tours offered here. 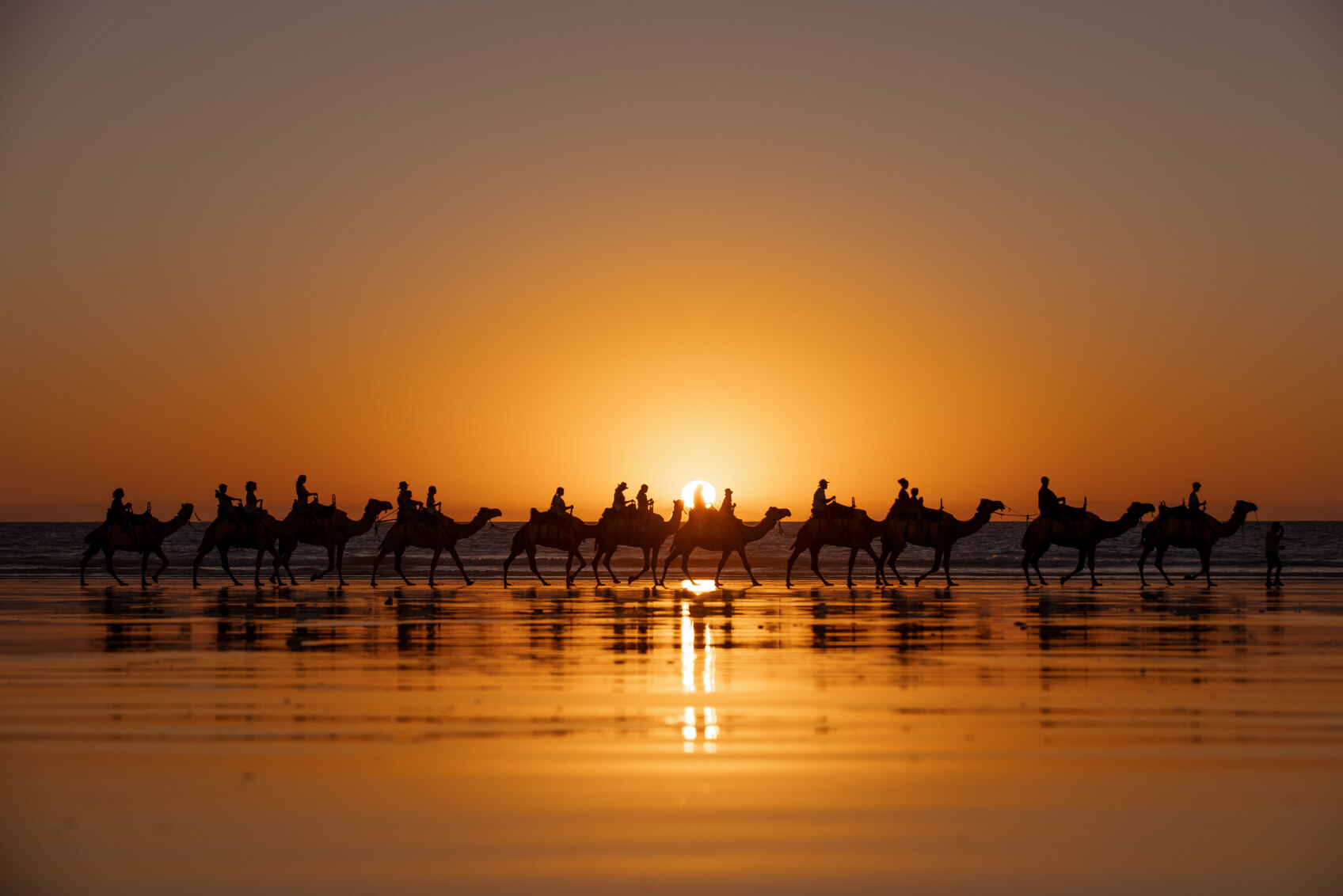 Perth’s number one suburban beach is a picnic paradise in the calm waters sheltered by Rottnest Island. In the upscale Western suburbs, inbetween the CBD and the iconic port of Fremantle, this gorgeous and historic swimming beach has been a favourite for Perth residents since the 1880s, and is often the spot to be on a hot summer's day in Western Australia’s biggest city. Since 2005 the Heritage Council has recognised the cultural significance of Cottesloe Beach and its historic pavillion as a staple and tenent of Perth's coastal identity. As well as that, it holds a number of high profile events each year including the Perth Sculpture by the Sea, and the iconic Rottnest Channel Swim where thousands of local and visiting distance swimmers take on the nearly 20 kilometre ocean slog out to Rottnest Island. 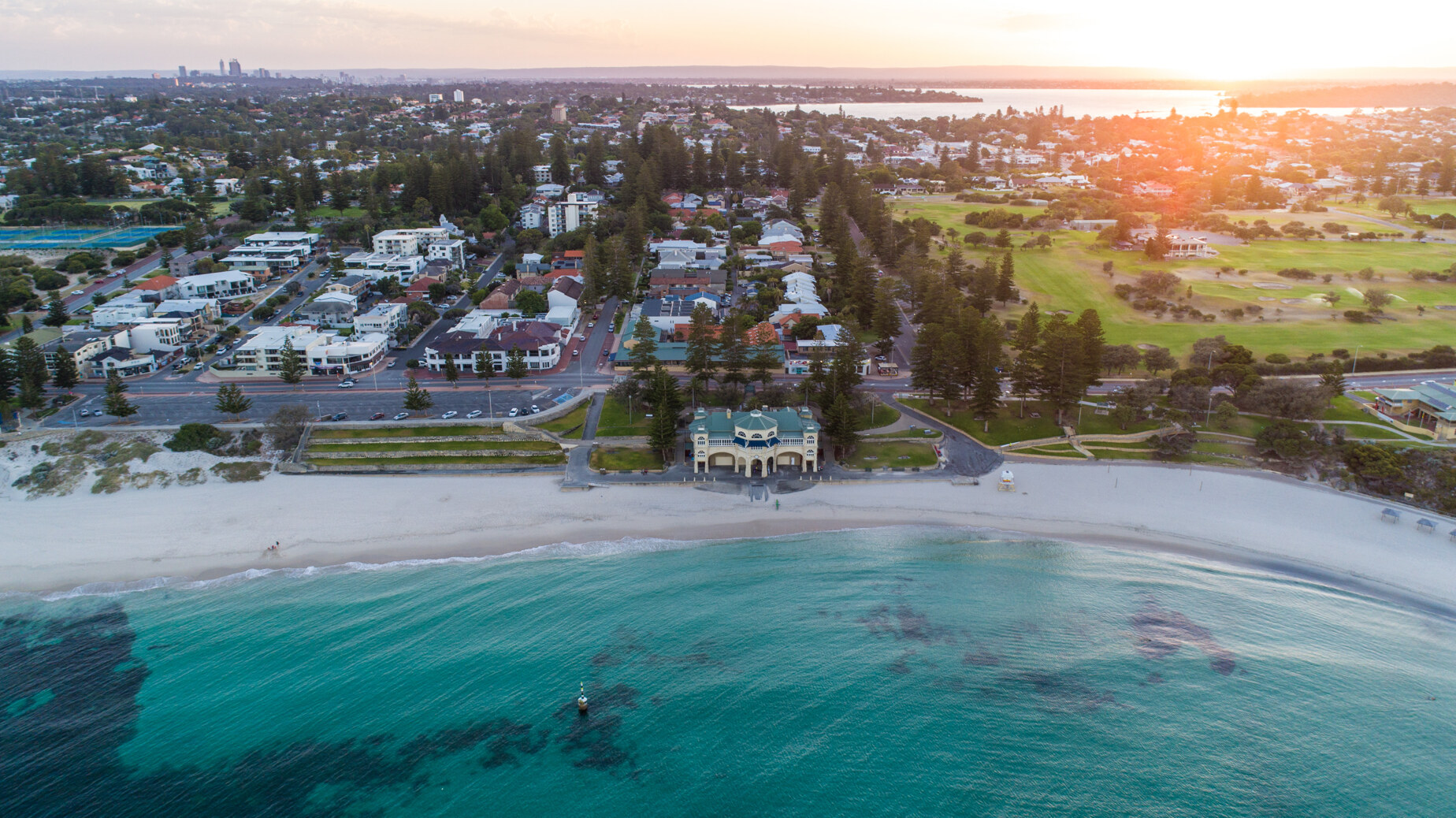 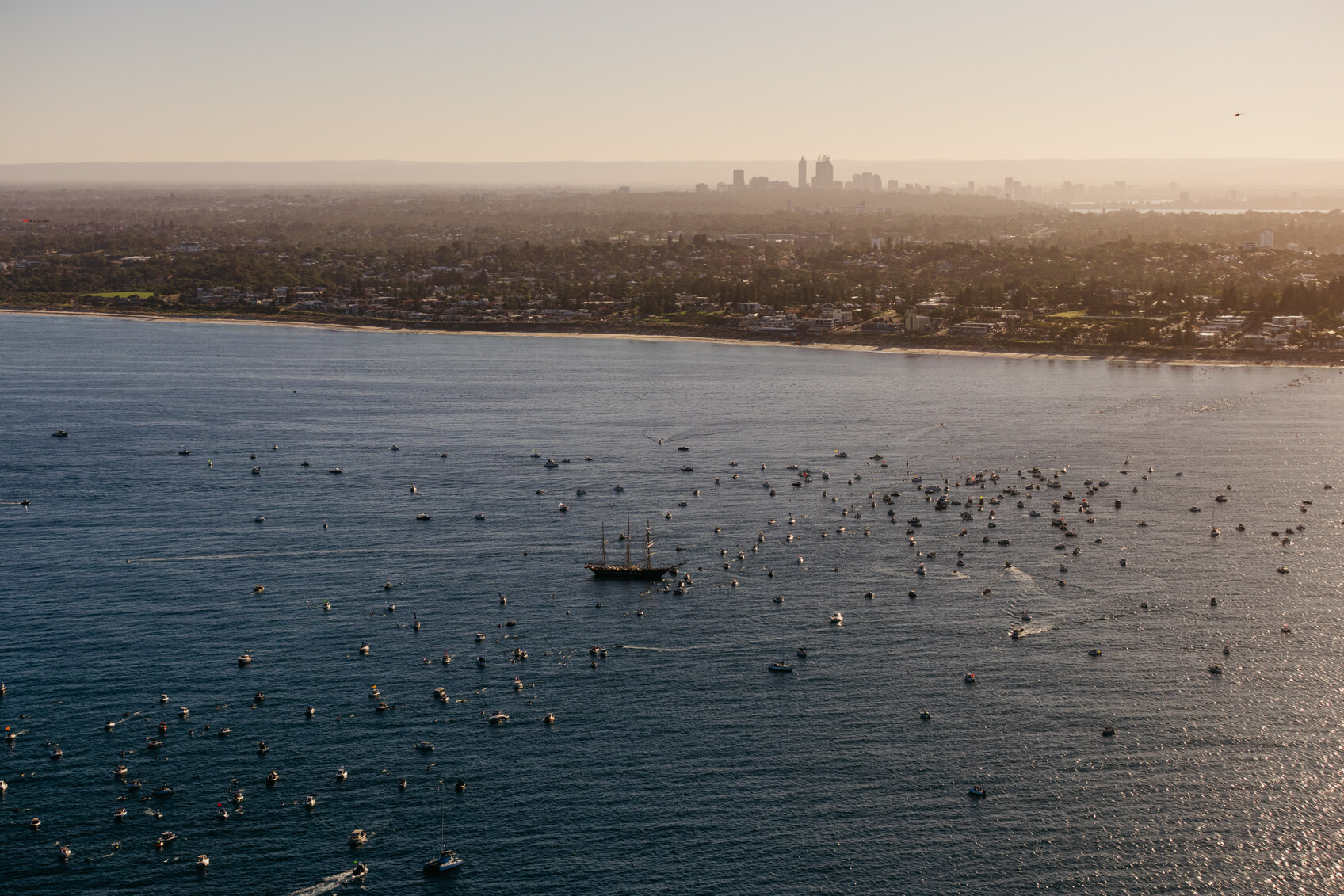 The Margaret River region of Southwest WA is known as a haven for surfers and sun-chasers alike, and brings in thousands of visitors from Perth and around Australia each year. While there’s little that hasn't been said about this region's most famous surf beaches, including the legendary host of the Margaret River Pro, Surfers Point Beach, the true hidden jewel of the cape to cape coast is Injidup; a picture perfect cove ideal for snorkeling and bodysurfing. The gargantuan sand dune at the beach's Southern tip is a thrill to descend, with plenty of fun to be had sliding its steep incline on whatever will make it down, while on the Northern end the rugged and rocky terrain forms one of Western Australia's very best natural bathing pools in the form of the Injidup Natural Spa. 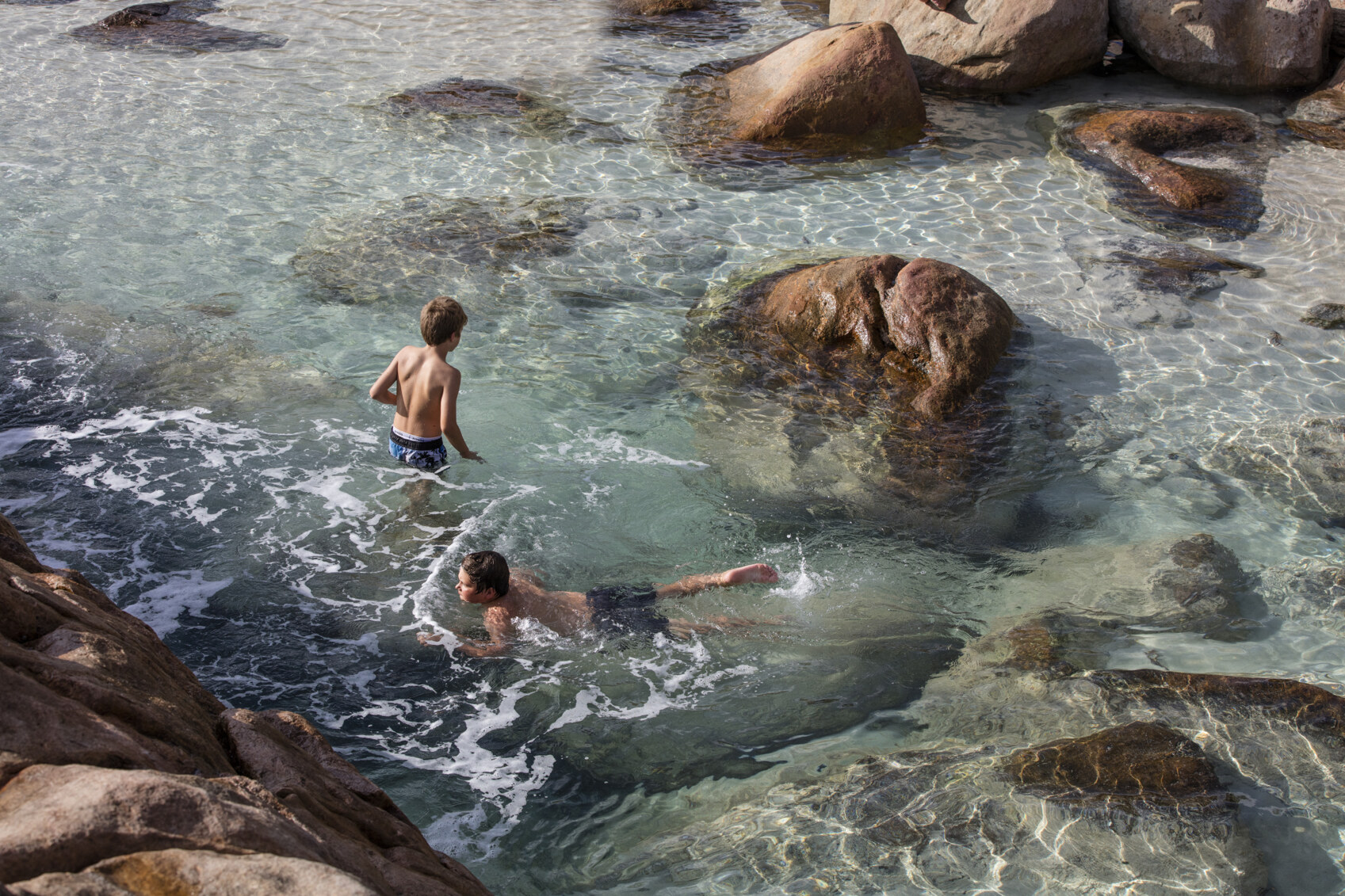 In 1802, the great Australian explorer Matthew Flinders charted a rough and dangerous course through the Recherche Archipeligo that lies off the South coast of WA. Caught in the midst of a wild summer storm, the HMS Investigator sought haven in a wide but sheltered cove, and in gratitude Flinders named it Lucky Bay. Today, it is one of the South Coast's most beloved and beautiful beaches, and is known as the can't miss spot in the formidable Cape Le Grand National Park. Ideal for swimming, snorkelling, fishing, and more, the views here are absolutely spectacular as the coastal mountains and valleys of the cape rise around Lucky Bay's white sands. In the spirit of its discovery, this is truly a slice of peace and shelter in a savage and wild stretch of coast. 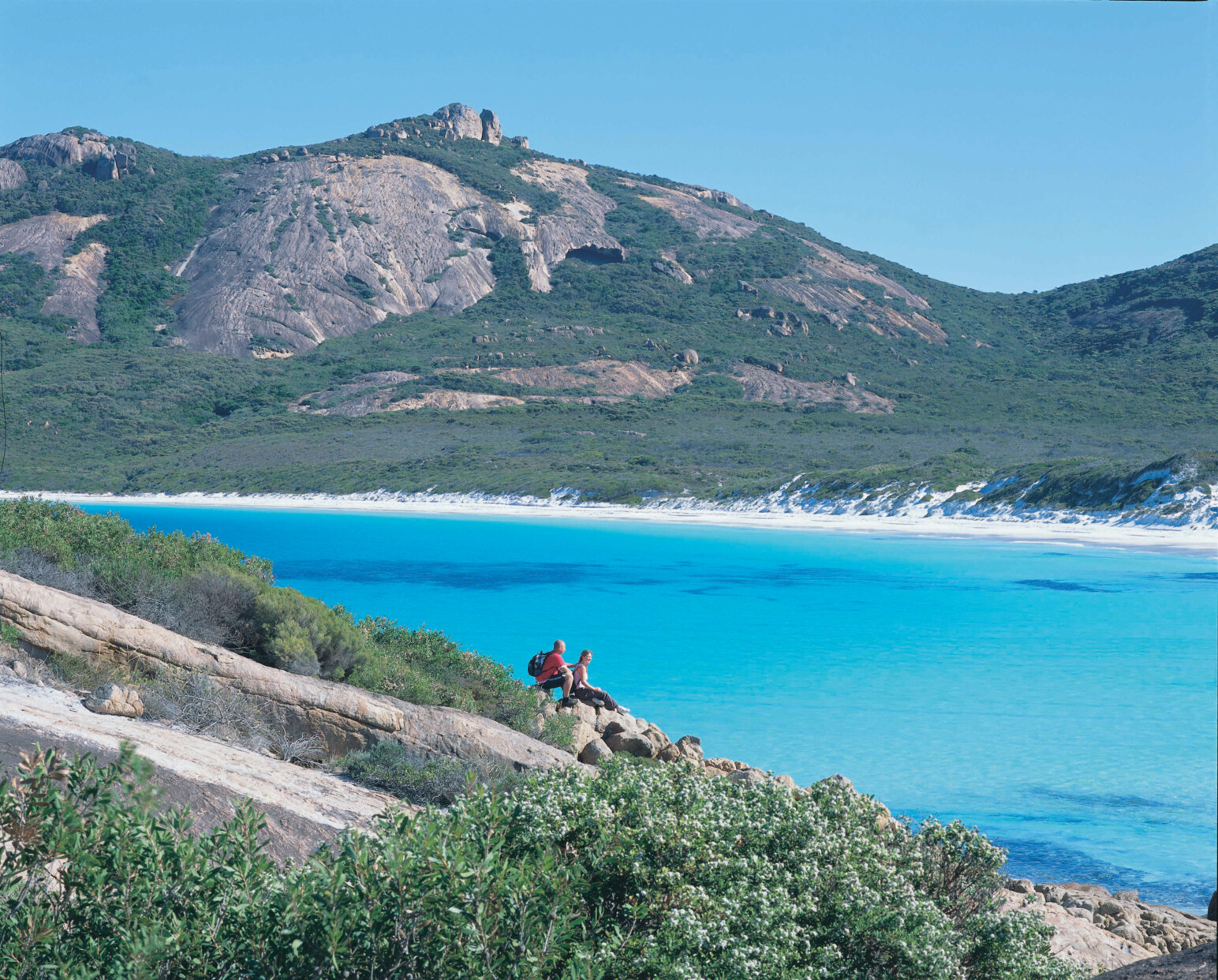 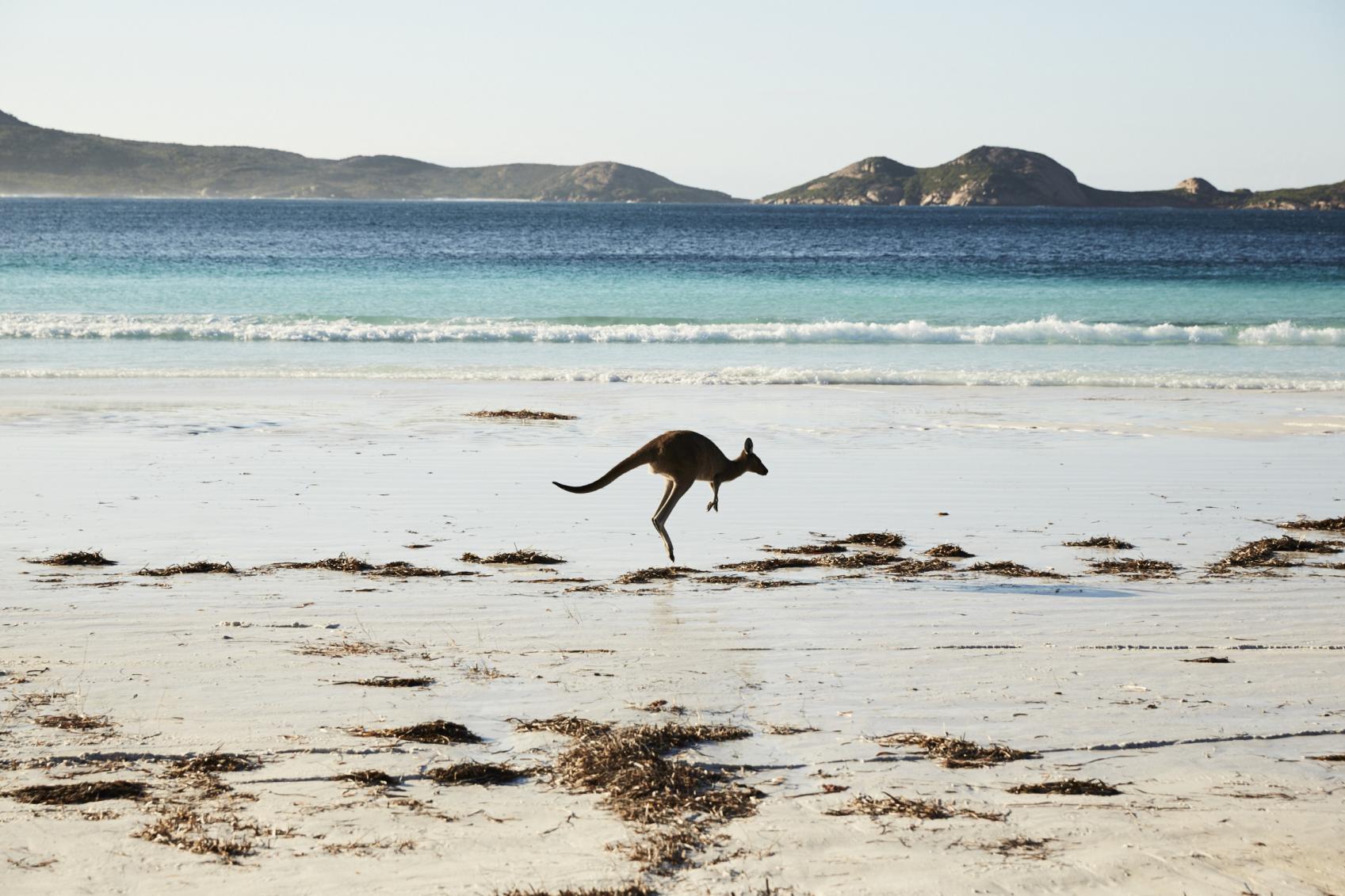 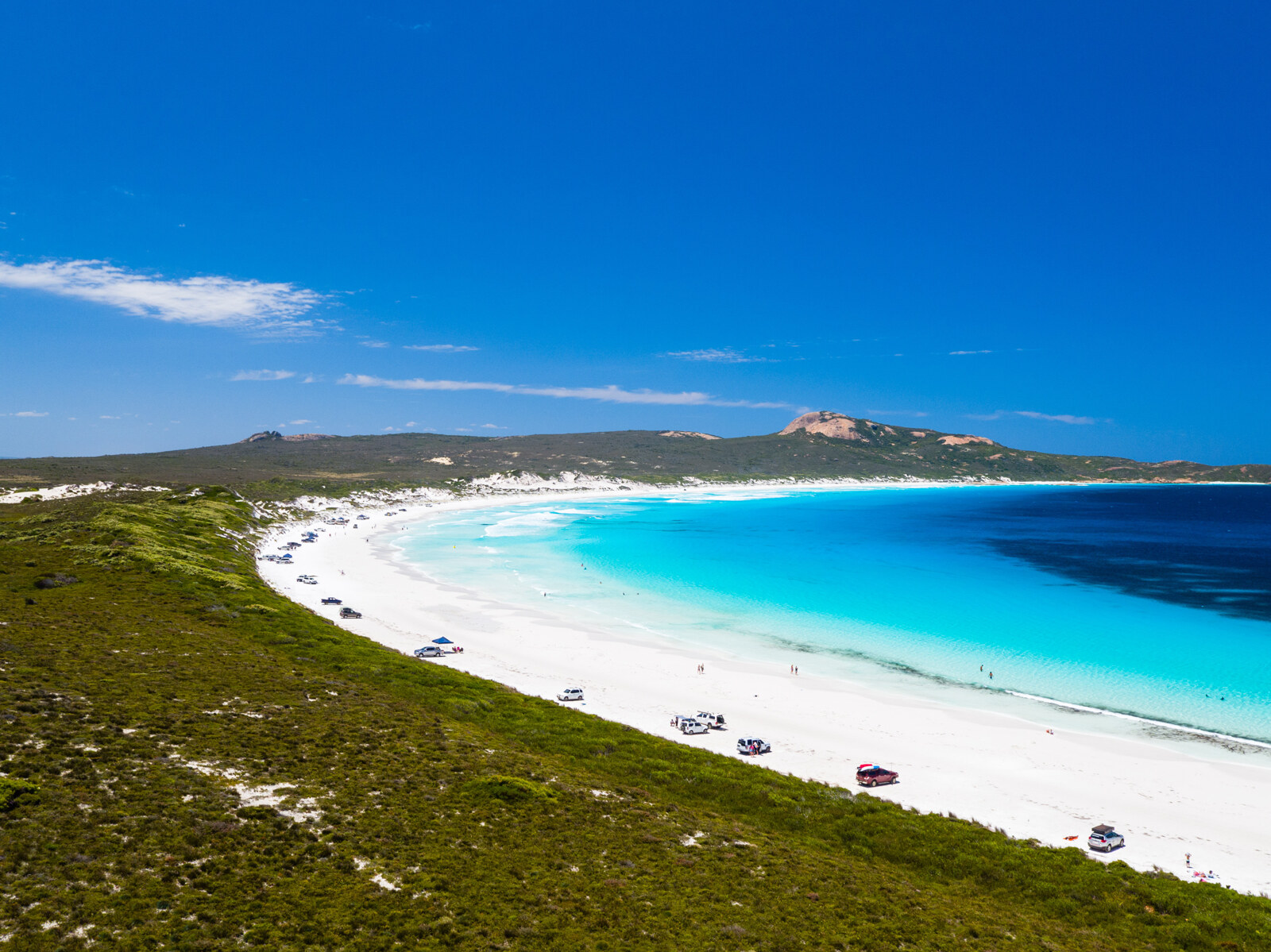 This iconic swimming spot is a short drive West from the major rural hub of Albany, and is just outside the town of Denmark on WA's South Coast. A sheltered turquoise cove, Green's Pool is one of the most tranquil and calming places to dip into the Southern Ocean. Its known as one of the best places in Western Australia for a family day out at the beach, with the peaceful blue water and gradually sloping shore making it perfect for those little nippers just getting the hang of ocean swimming, and a swim school is available to help them get confident and stay safe in the sea so the good times can roll in. Green's Pool is also one of the best beaches on the South Coast for snorkelling, as the charateristic rock formations protect this cove from the Southern Ocean swells and create a lagoon like environment filled with marine life. 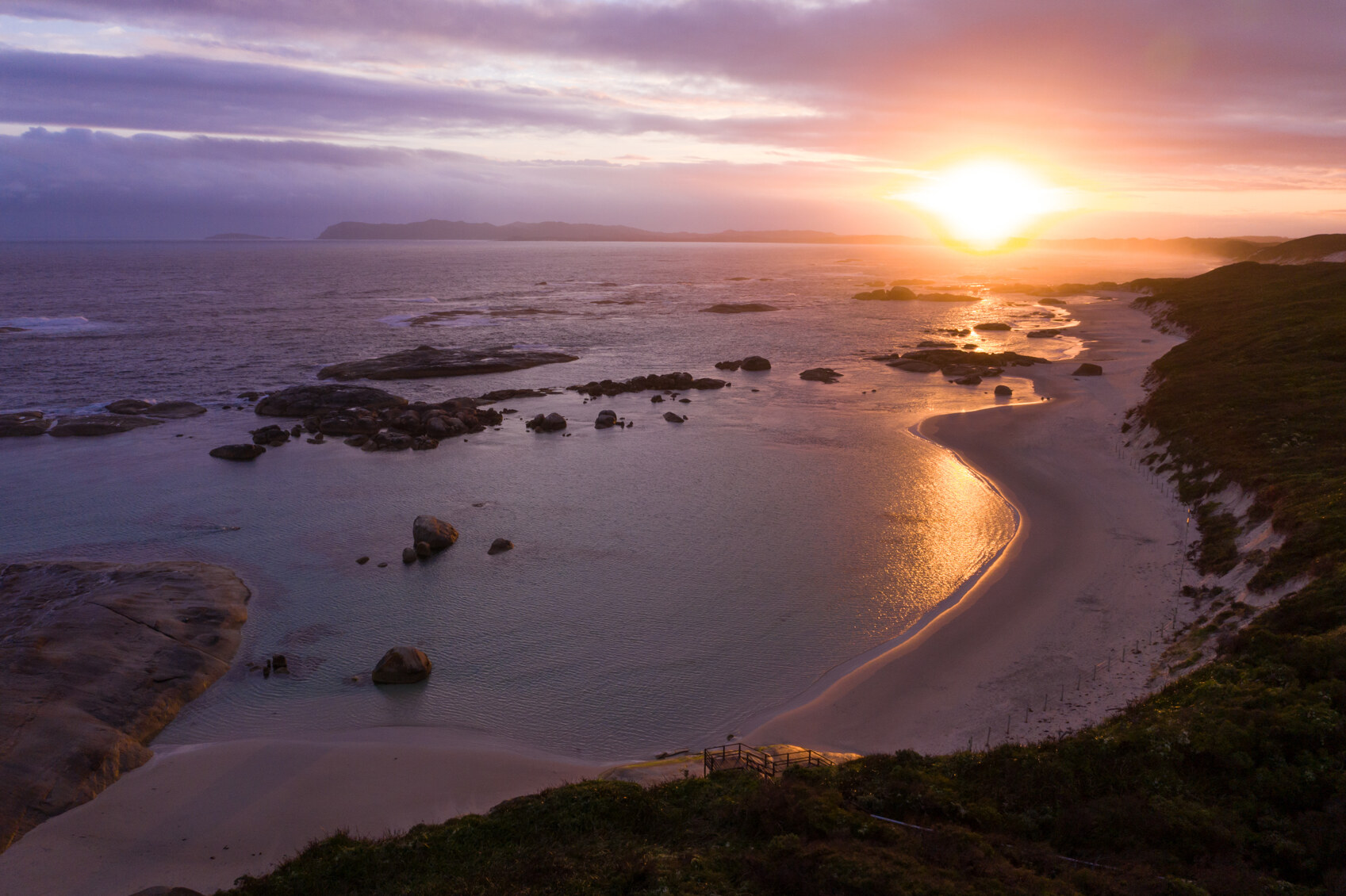 Perth has a long standing marriage with its adjacent island; the favourite holiday spot of many in our great Western city, and no question about it, Rottnest Island is home to some of Western Australia's very best beaches. One that really stands out is Little Salmon Bay. Its a designated stop on the Rottnest Bus Route, and an easy cycle from the Thomson Bay Settlement a few kilometres away, and on arrival you'll be greated by a delightfully quaint sheltered cove with outstanding snorkelling waters. The bay opens up at the tip of Parker Point, sheltered from the swells around despite its exposed location, and offers spectacular views of the Indian Ocean, especially from Jeannie's lookout on the Eastern rocks, from which you can take in far reaching vistas of the island and surrounding reefs. 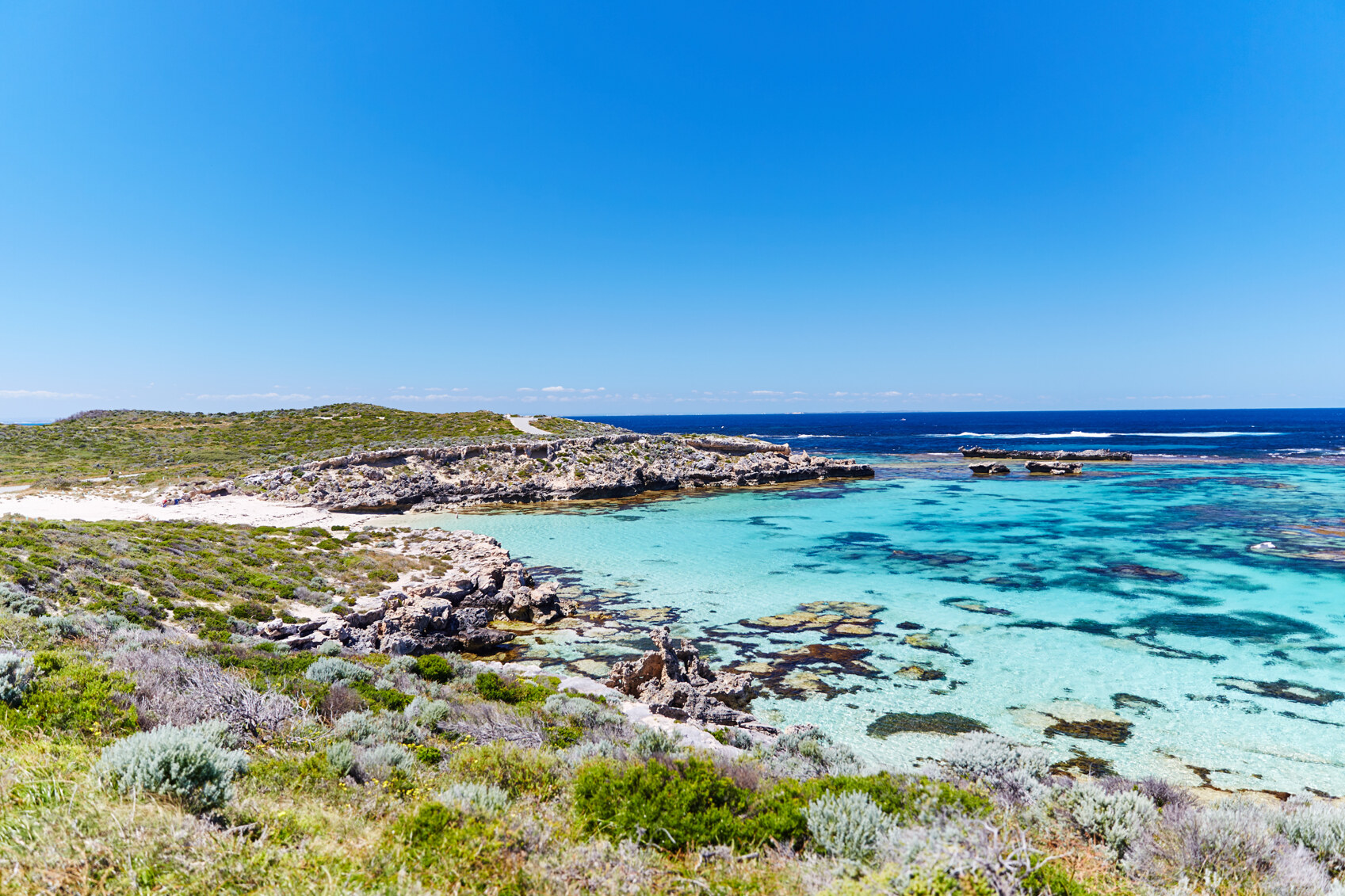 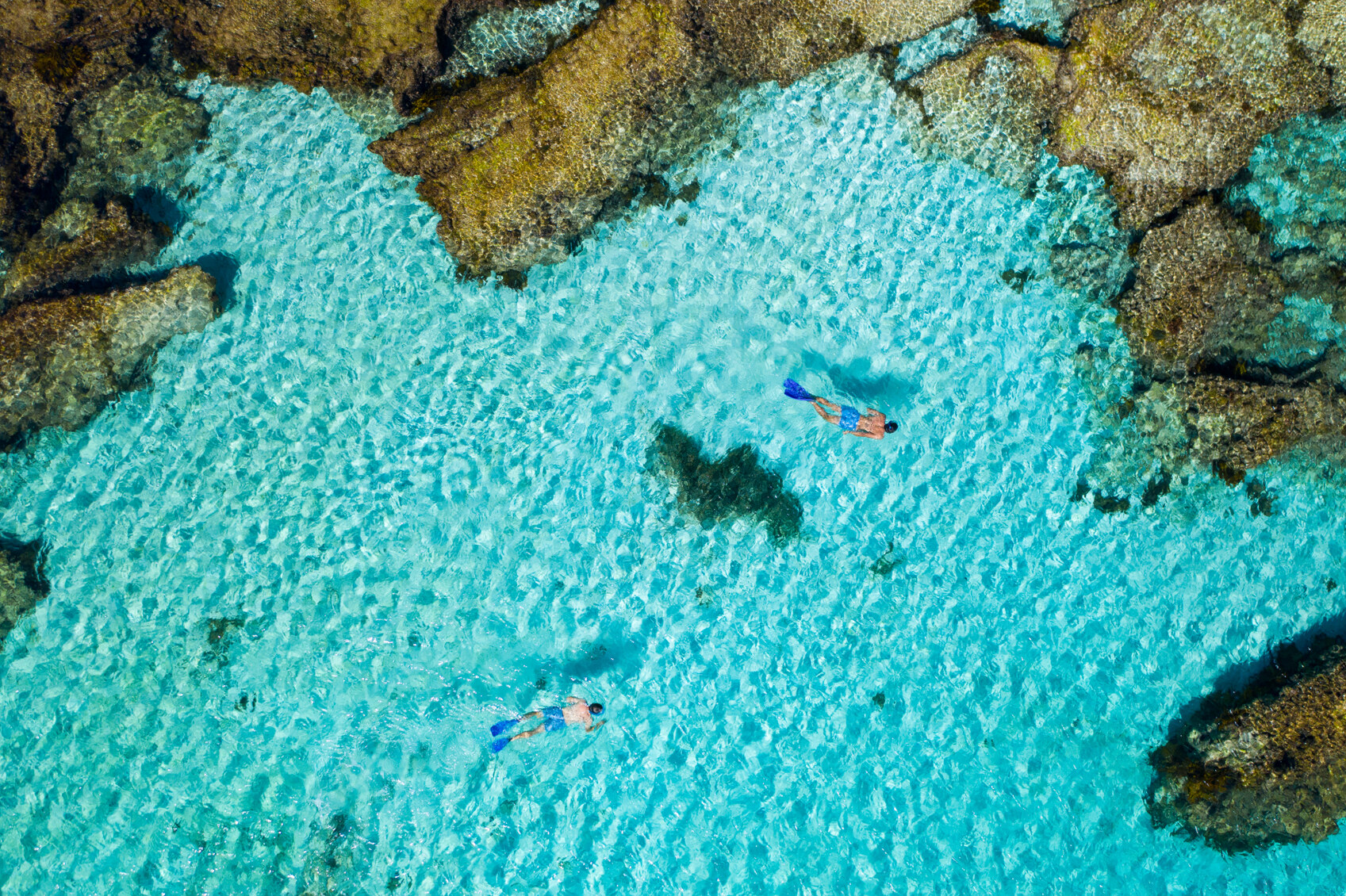 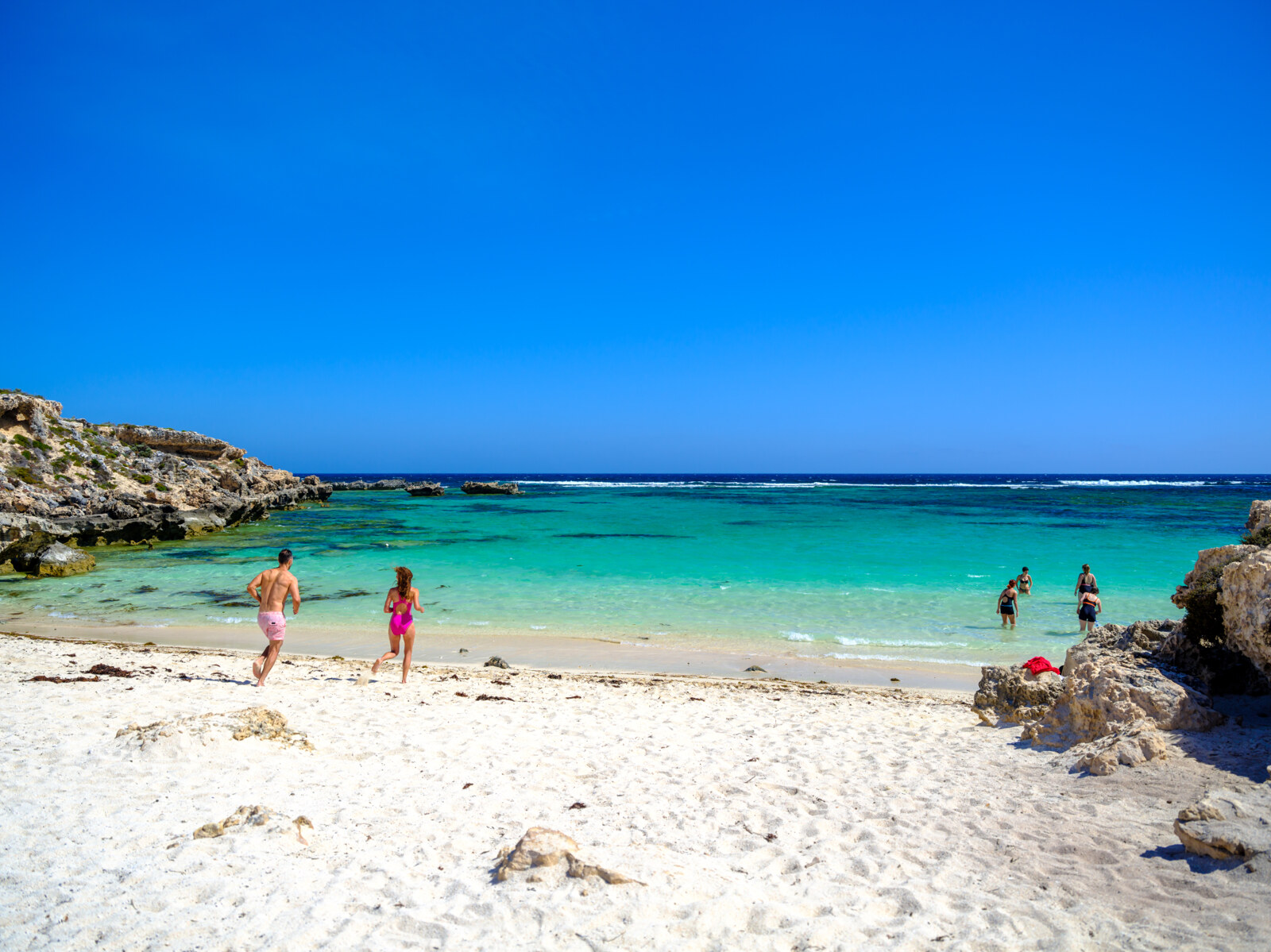 Another iconic suburban beach, Scarborough is located about 20 minutes to the North-West of Perth, and is a favourite among local surfers and bodyboarders for its consistent swells, while kite and windsurfers flock here to ride the afternoon breeze. The foreshore at Scarborough is perfect for a summer picnic with its large fields of grass and shady gazebos, as well as ample public barbecue facilities, and all kinds of events go down at the Scarborough Ampitheatre, an open air theatre that makes the sand its stage. Come check out the newest feature of this Perth classic; the world class Scarborough Beach Pool which is geo-thermically heated and attached to a brand new fitness and recreation centre and restaurant. Come find out why the locals have so much love for this suburban favourite. 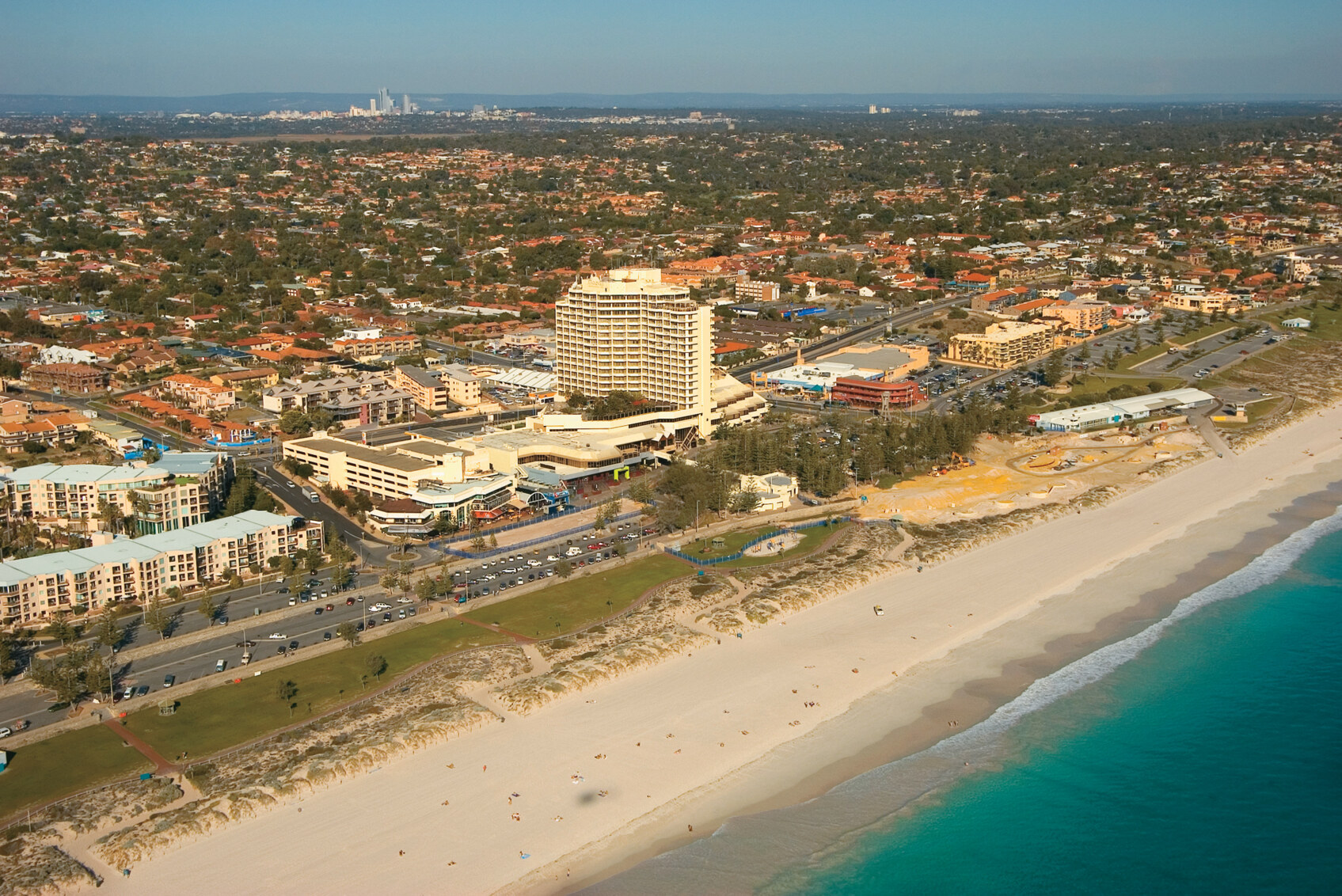 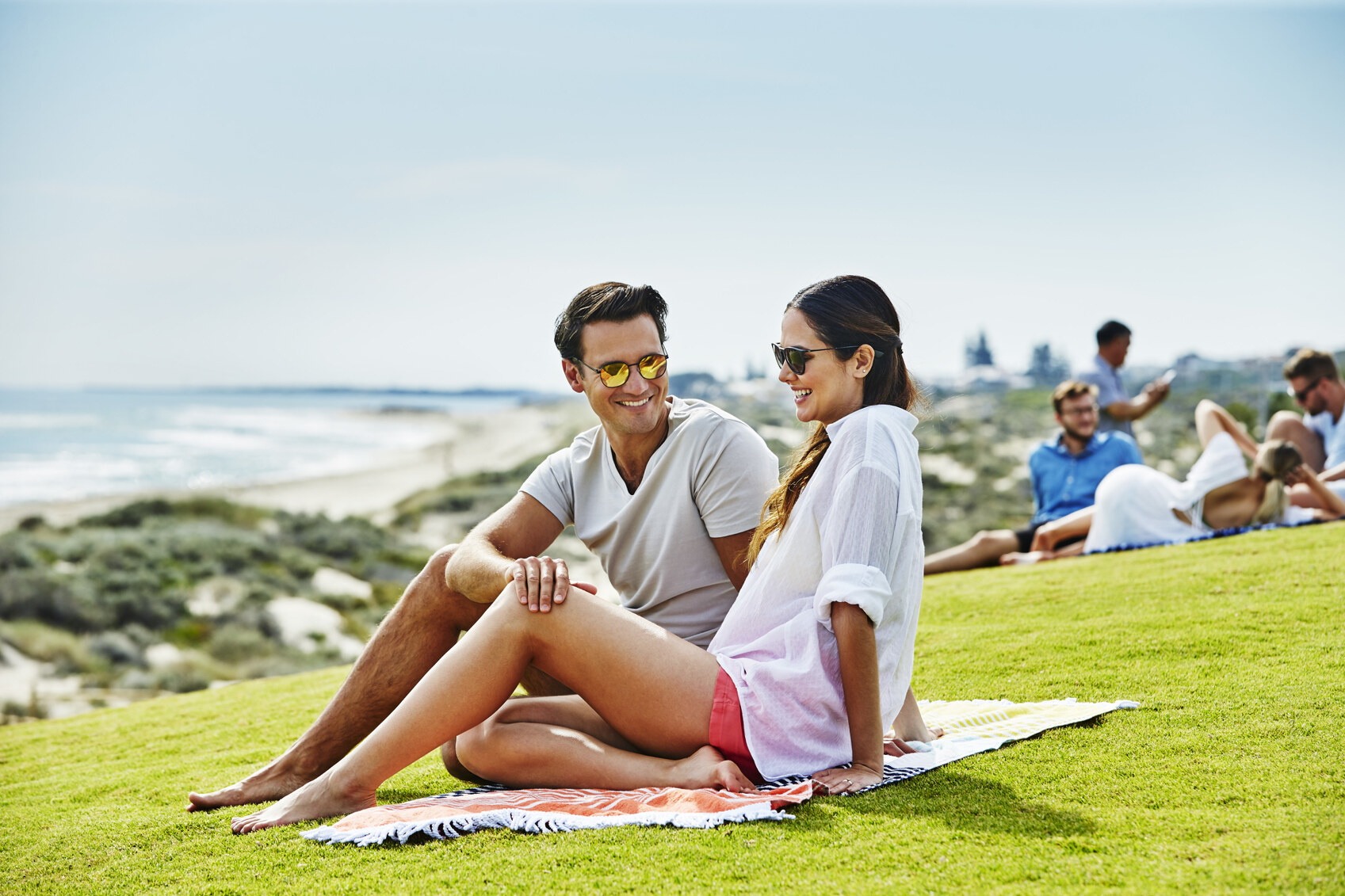 On the West facing coastline of the formidable North West Cape, the Ningaloo Reef is Western Australia's most extroadinary bank of marine life and activity, and there's no better place to swim in the Ningaloo Marine Park than Turquoise Bay. From the sunny and inviting shores of this tranquil cove not far from the famous town of Exmouth, snorkelers can paddle out into a paradise of teeming life and vibrant colour, and discover the world hidden below the Indian Ocean blue. The South head of the bay is a famed launch spot for drift snorkelling, where swimmers follow the currents as they peer into the reef below. Take a 200 metre stroll South from the Drift loop carpark path, walk out into the water near the Southern tip, and let the currents take you on a guided tour of all the Ningaloo Reef has to offer. Its important to understand the risks and be sure of your level of experience and confidence in the water before drift snorkelling, as swimming in strong currents can be dangerous. 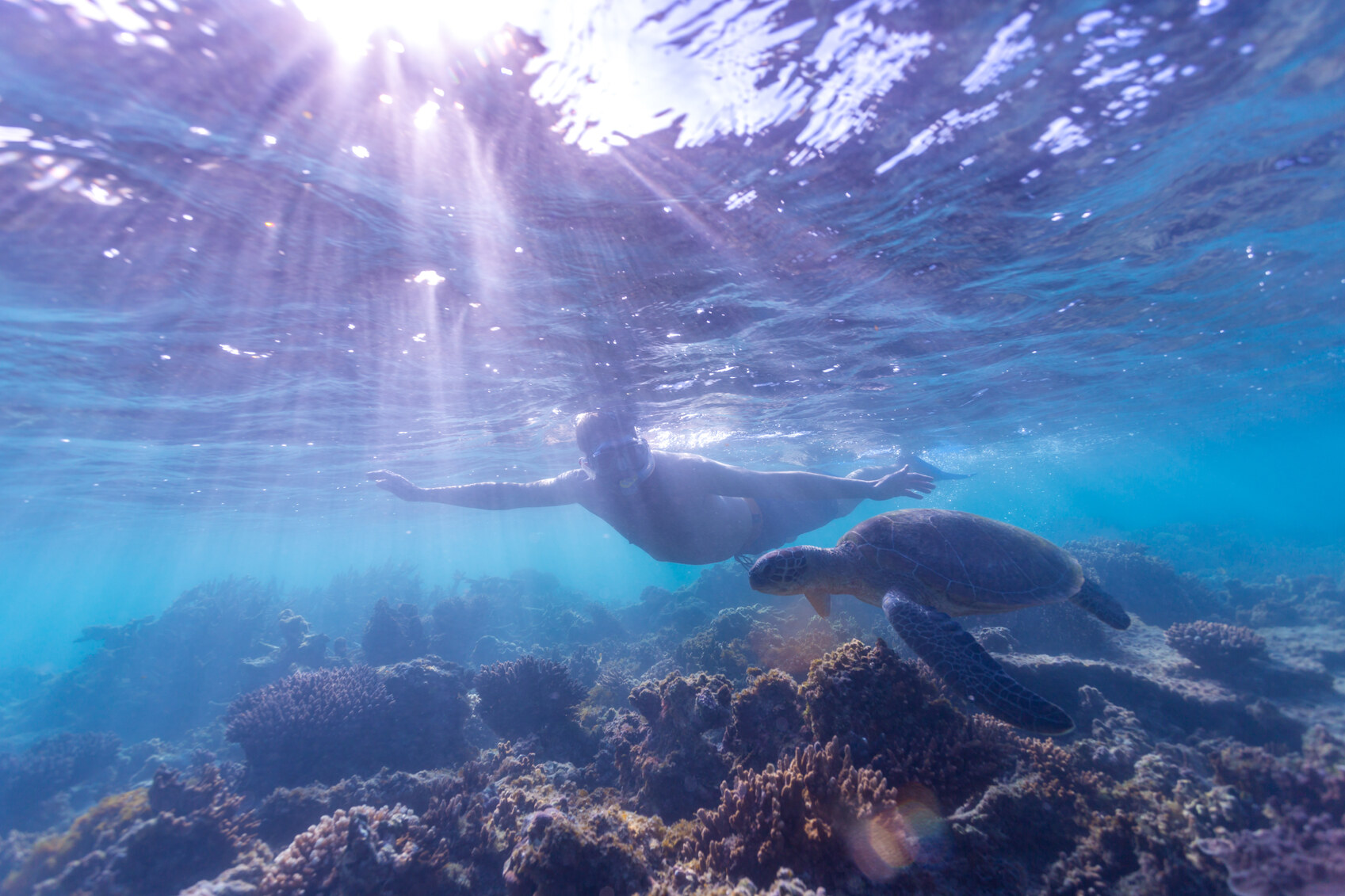