Leeton Shire is situated in the heart of NSW’s Riverina region, one of the most productive and agriculturally diverse areas in the country. Leeton is approximately 550 km west of Sydney, 450km north of Melbourne and 366km west of Canberra. Leeton sits squarely in the Murrumbidgee Irrigation Area (MIA) and, with Griffith to the north, Hay to the west and Wagga Wagga to the east, offers real country living with easy access to major cities and regional centres.
The Riverina is one of the most productive and diverse agricultural regions in the country – often referred to as the ‘food bowl of Australia’. The region plays an important role in feeding Australians, and the world, with each MIA farmer estimated to feed 600 people and contributing to 38% of NSW’s vegetable production.

The Shire’s current population of around 11,500 comprises a rich blend of cultures. Leeton is proud of its deserved reputation as a supportive, vibrant community that welcomes new settlers, migrants and refugees.

Agriculture and industry in Leeton, NSW

Leeton’s temperate Mediterranean climate and clay soils are perfect for growing food crops, especially rice and citrus. Since its first tentative crops in 1924, the rice industry at Leeton has burgeoned into a major source of income for the region thanks to innovative growing and processing initiatives. Leeton Shire is home to over 8,500 hectares of citrus farms, which grow approximately 180,000 tonnes of fruit every year, about 30% of Australia’s total production. The district also boasts about 240,000 walnut trees, planted in orchards covering 765 hectares. Every year they provide about 4,000 tonnes of walnuts, which are processed locally.
Alongside its reputation as the food bowl of Australia, the region is also a major producer of cotton, with over 100 local growers. Australia exports over 90% of its cotton crop every year, and the MIA produces roughly 20% of Australia’s cotton. 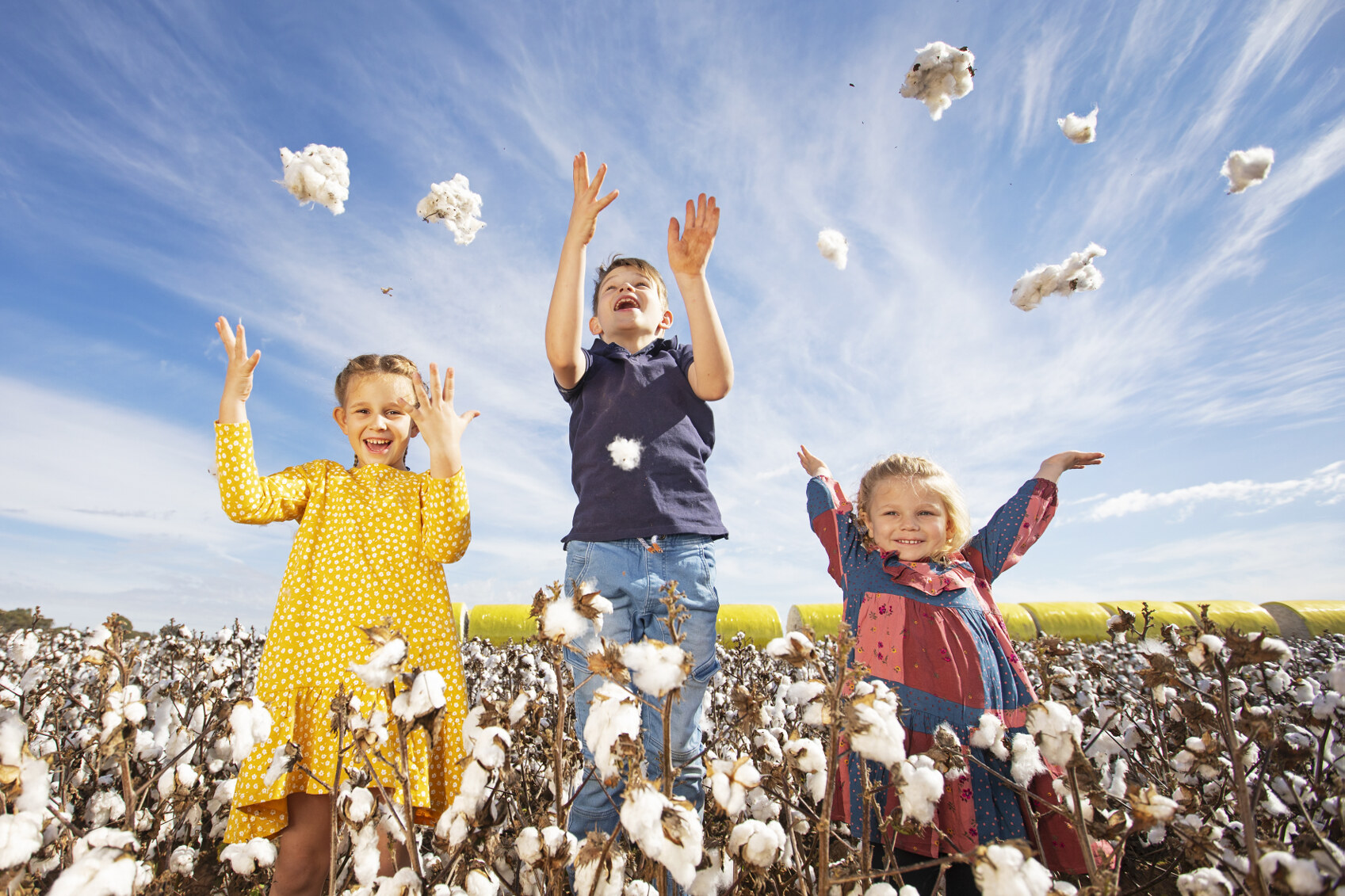 Where to live in Leeton Shire, NSW

Leeton town is the population and administrative heart of the Shire. With a population of nearly 7,000 people it’s big enough to attract a high level of service provision, and provide plenty of diversions, yet small enough to retain that close-knit community feeling that many are seeking. Designed by Walter Burley Griffin, Leeton was purpose built in the early 1900s alongside the development of irrigation schemes in the region. The town exemplifies contemporary rural Australia with its rich heritage, diverse community and renowned country hospitality.
Just five kilometres south of Leeton, and linked via a bike trail, is the village of Yanco. Yanco was where work on the Murrumbidgee Irrigation Area first began, an event which brought great prosperity to the region. This industry and prosperity is reflected in the beautifully preserved heritage sites that grace the town. Given its proximity, Yanco residents head to Leeton for many things, but the town boasts the Yanco Powerhouse Museum, McCaughey Park and Yanco Agricultural High School. 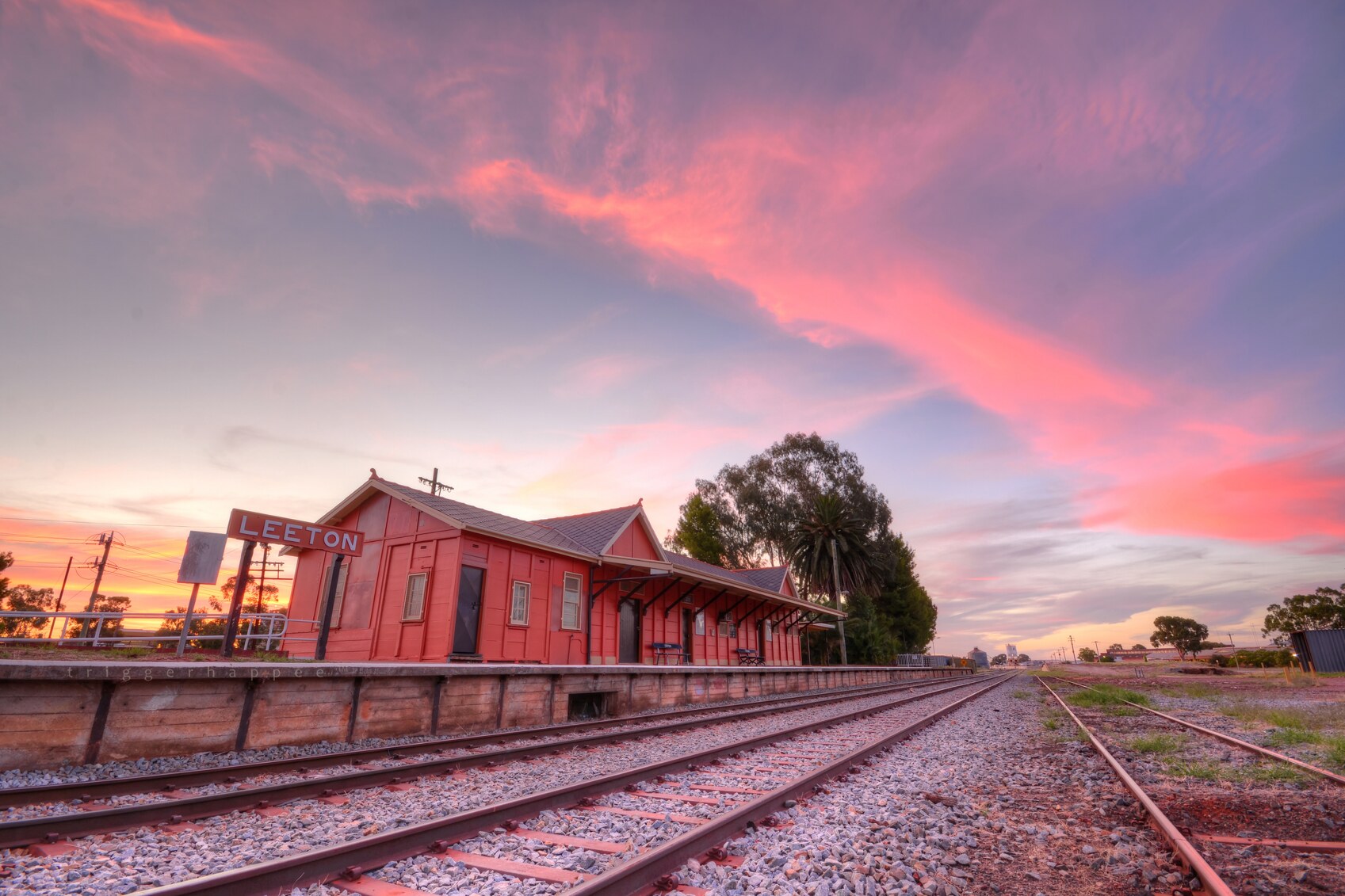 Whitton rounds out the list of Leeton’s top three towns to consider. 25 kilometres west of Leeton, Whitton offers a unique peek back into the district’s past. Originally a camp used by bullock teamsters and drovers back in the 1850s. Whitton was a regular stopover as the crews moved their stock from Queensland to Victoria. Rail reached Whitton in 1881, cementing its evolution from camp to town and ensuring a lasting future. Whitton is the oldest town in the MIA and offers a hotel, a general store, a post office, a fire station, a bowling club, a primary school and a swimming pool.

Leeton is well-served for a rural district of its size. Leeton Health Service falls within the Murrumbidgee Local Health District, and has a decent range of services with further options available within the wider network. Leeton Hospital provides emergency care, general surgery, maternity services and more. Griffith Base Hospital is the main referral hospital for residents in the MIA. There are too many medical practises and services available to list them all here, but the council provides a directory for residents. Leeton also offers a full range of emergency services, including ambulance, fire brigade, a police station and a rescue squad.
There is also plenty of choice for parents exploring education options in the Shire. With four highschools, eight primary schools, several preschools and daycare centres, school is sorted. Check out the full list of schools in Leeton Shire’s new residents kit, early education and other services are listed in the community directory.
There are strong transport links to and within the region. Sydney can be reached via the Hume Highway or Burley Griffin Way, the Newell Highway runs to Brisbane and Melbourne, and the Sturt Highway from Adelaide. REX operates daily return flights from the Leeton/Narrandera, Griffith and Wagga Wagga airports to Sydney, Melbourne, Brisbane and Albury. There is a daily coach service between Leeton and Wagga Wagga which connects at Wagga Wagga with the XPT train to Sydney and Melbourne. Coaches also link with Griffith.

You won't be short of things to do in Leeton Shire, there are plenty of community events and it’s rare to find a weekend when there isn’t something taking place. Local events range from small town fetes and monthly markets to the biennial Leeton SunRice Festival and the Australian Art Deco Festival. The AADF includes an Art Deco Heritage Trail, which takes in the Leeton Museum & Art Gallery and the Roxy Theatre, a great example of Art Deco architecture. All up, there are plenty of organised opportunities for newcomers to get out, enjoy the friendly atmosphere and meet their new neighbours. 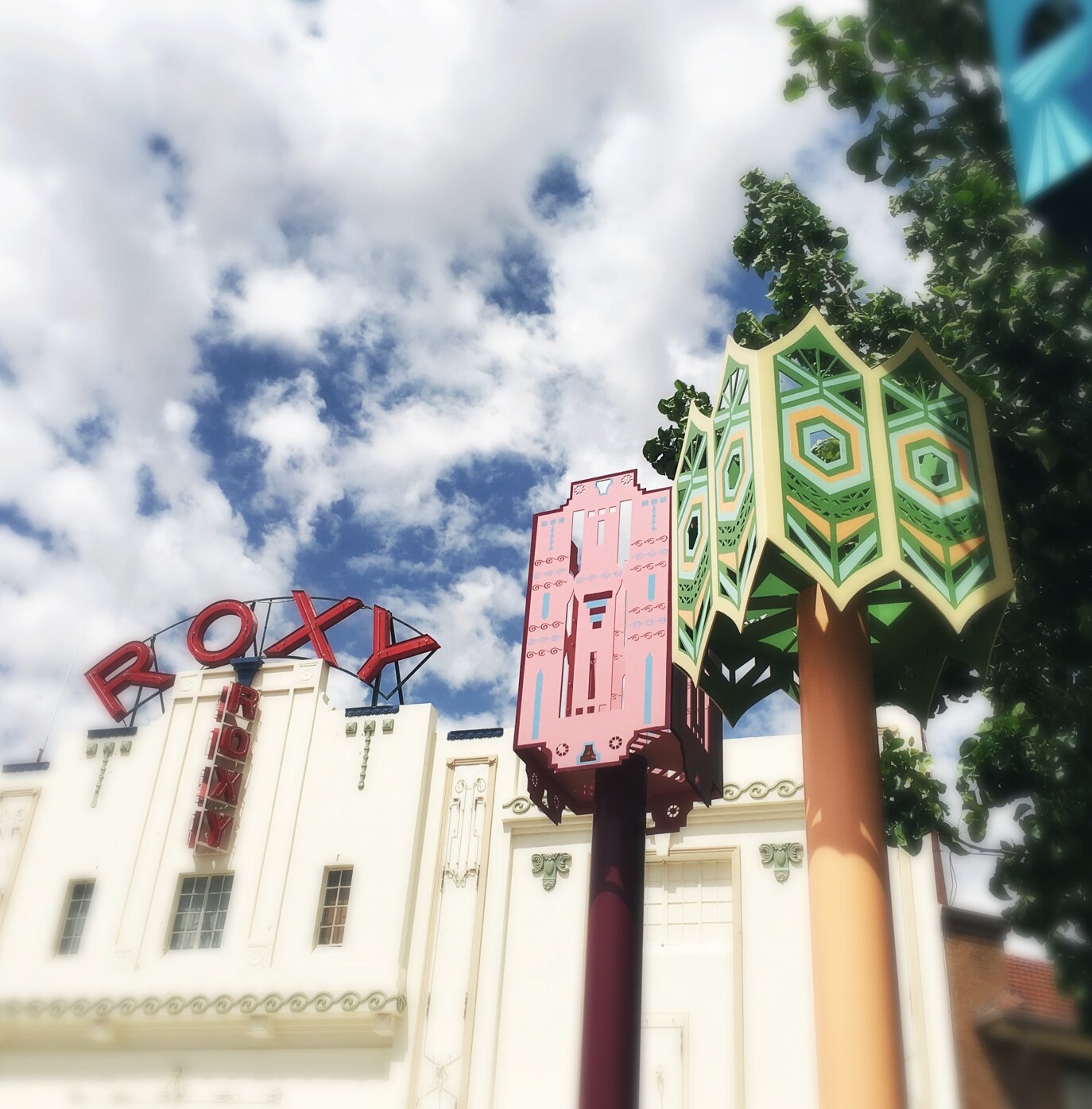 On top of the annual festival of events, there are local wineries to visit and loads of cafes and restaurants worth a visit. Then there are local institutions like the Yanco Powerhouse Museum, the McCaughey Mansion and the Whitton Courthouse Museum. There are plenty of parks and gardens to picnic in, you can feed the birds at McCaughey Bicentennial Park or learn about the past when you lunch at Whitton Memorial Park. 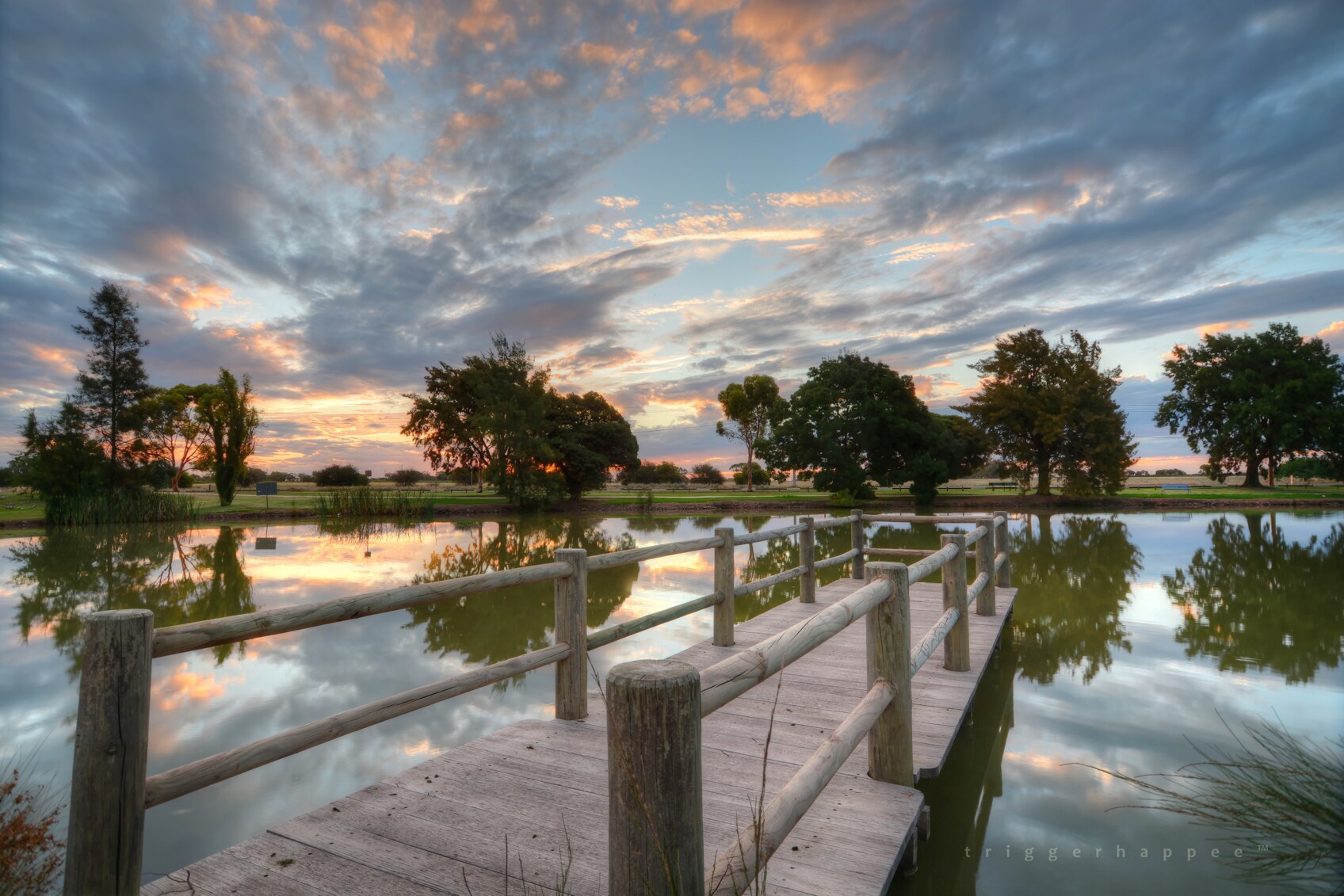 McCaughey Bicentennial Park in Yanco is the perfect spot for a peaceful picnic. Image credit triggerhappee.

For those who look to the great outdoors for their fun, there’s the Ramsar listed Fivebough Wetlands and the mighty Murrumbidgee River to explore. Leeton Shire Council also provides the local community with a range of well-maintained playing fields and the Whitton Swimming Pool.

Discover your new haven in the beautiful Leeton, NSW. Find Real Estate for Sale below.

This is truly a family home with a design that all generations will adore. The home is beautifully presented and will appeal to...